A Video Bouquet for Valentine’s Day 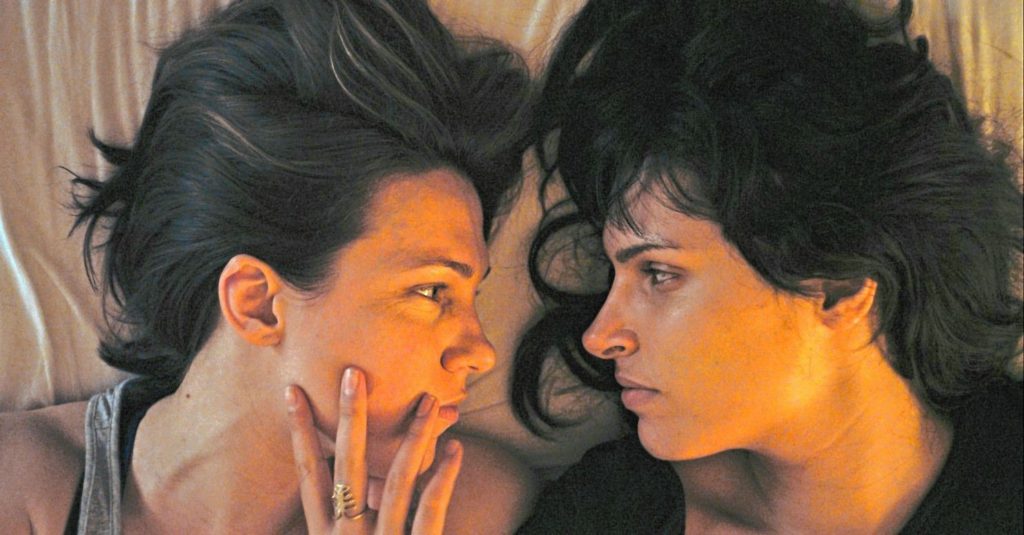 Recommendations for a romantic night in

Whether or not you’re settling down with a significant other on Valentine’s Day, you’ll probably end up watching something. That’s due less to our media-ridden culture and more to the fact that this year’s holiday happens on the sexiest day of the week: Tuesday.

Luckily for you, there’s more than enough movies, TV shows, and various other media out there that span the spectrum of romance. Want to bawl your eyes out? I’ve got you covered. Want to snort-laugh so hard you still bawl your eyes out? I’m here for you. Prefer not to spend any part of your Valentine’s Day crying? I don’t know what to tell you, man.

When you find yourself parked in front of a screen next week and want to pull up something to fit the holiday, look no further than this list. Happy watching! [Insert tone-deaf “Netflix and chill” joke here.]

For those of you looking for a traditionally dramatic and intimate Valentine’s Day, these three titles should help set the mood:

Weekend (2011; dir. Andrew Haigh; Sundance Selects) — Netflix, Hulu
After what’s supposed to be a one night stand, Russell (Tom Cullen) and Glen (Chris New) explore all the excitement and terror that comes with a new relationship. This heartfelt festival-darling went on to exponentially recoup its own budget at the international box office.

The Voyagers (2010; dir. Penny Lane) — Vimeo
This short film, created by director Lane for her own wedding, parallels her personal love story with that of astrophysicist Carl Sagan and his wife, producer Ann Druyan. This exquisite piece is no surprise coming from Lane, whose zany 2016 feature Nuts! took home a Special Jury Award at Sundance.

Meanwhile, the comedy crowd will undoubtedly appreciate these (at times bittersweet) alternatives:

Obvious Child (2014; dir. Gillian Robespierre; A24) — Amazon Prime
Comedian Donna (Jenny Slate) is forced to deal with a series of personal and romantic hardships, which eventually culminate in her first abortion. Robespierre created this Sundance favorite in response to movies like Juno, where young women unrealistically decide to carry out their pregnancies. It’s funny, I promise.

The Outs (2012; Adam Goldman) — theouts.com, Vimeo on Demand
If you’re looking to binge, this beloved web series will keep you laughing and riveted for hours. It chronicles modern romance and gay identity in New York City, via exes Jack (Hunter Canning) and Mitchell (Adam Goldman). Think Sex and the City, but with good writing.

For those of you watching with kids, look no further than these two films (to tire out the little ones, make it a double feature!):

Stardust (2007; dir. Matthew Vaughn; Paramount) — Amazon Prime
Stardust, adapted from the imaginative novel by Neil Gaiman, is like a hipper version of The Princess Bride. The film follows Tristran (Charlie Cox) across mortal boundaries and through magical lands when he must collect a fallen star (Claire Danes) for his beloved.

Lastly, if fuzziness just isn’t your thing this V-Day, check out Honeymoon on Netflix. This 2014 Magnolia release is director Leigh Janek’s feature debut, and the result is breathtaking. A love story gone wrong, this horror drama chronicles the post-nuptials tension between Bea (Rose Leslie) and Paul (Harry Treadaway), before capping everything off with a horrifying end.

Hopefully this list is one of the better assortments you receive for Valentine’s Day. Much like a good heart-shaped chocolate box, while not everything may be to your taste, I can absolutely assure you that each selection represents outstanding quality. So cuddle up, kick back, and enjoy — and don’t forget to upgrade your popcorn and soda to strawberries and champagne.