The Beerhunter: Craft Beer Goals for 2017 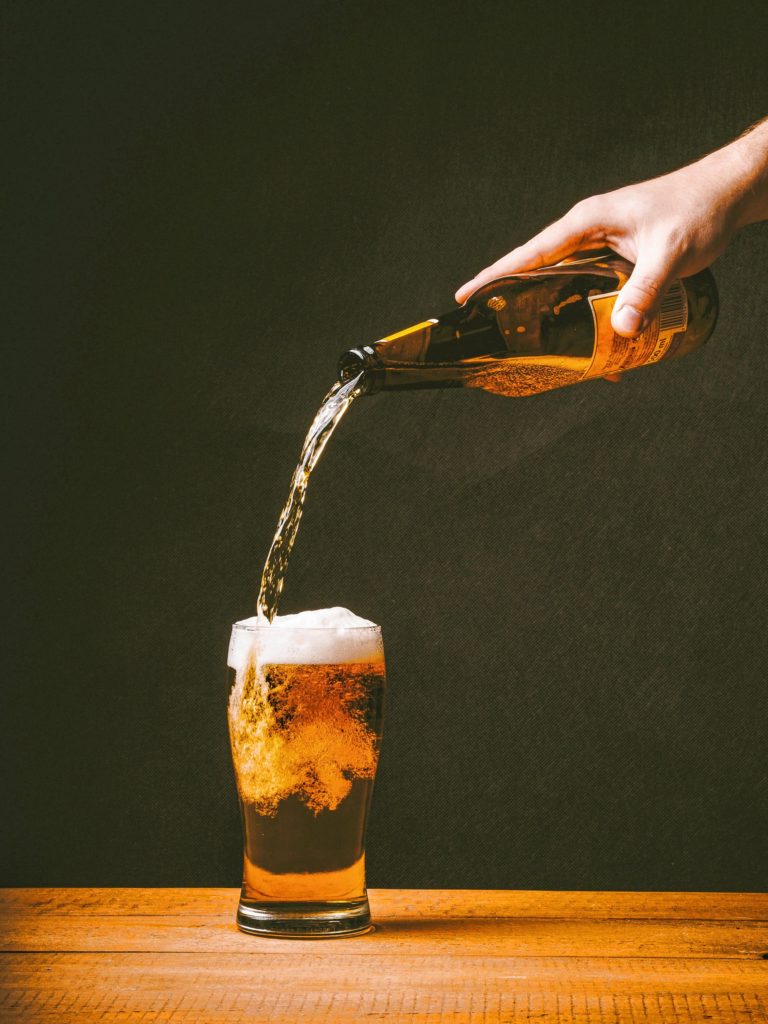 Last year, the Beerhunter offered some “brew year’s resolutions” to serve as a checklist for craft beer enthusiasts on a year-long quest to try new things. This year, it seemed prudent to put the question to the brewers themselves. I asked them: what might craft beer lovers expect to see from you this year? In other words: what are your new year’s resolutions?

Many responded with exciting news. Here’s some of what to look forward to from Valley beer in 2017:

2017 will be big for Brew Practitioners, says assistant brewer Tanzi Cannon-Eckerle. The two-year-old brewery now sells a “Monstah Flight” of 11 5-ounce pours. The brewery will also introduce a Colonial Beer Series comprised of three ales brewed from historic colonial recipes. A new promotion, 6-10 p.m., on Friday nights, called “Two Buck Truck,” will shuttle riders between Northampton and Florence. And the next quarterly charitable event on the Brew Practitioners calendar is the Trumpy Beer kick-off on Feb. 11, at 7 p.m. — a collaboration with the HITS 94.3 radio host, who has just finished his first homebrew.

This spring, White Lion will release a beer to complement last year’s popular spring release, which was called the ROARange Session IPA, says brewery president and general manager Ray Berry. “The new beer will be part of White Lion’s nationally recognized Pop-Up Beer Garden series that kicks off in May. The style has been confirmed but we are holding tight on the particulars.” Berry says that White Lion, which has been contract brewing in eastern Massachusetts for the past few years, is working hard to establish a brew house facility in Springfield. “We have identified a property that is currently in the due diligence phase,” he says, adding that the property is situated in downtown Springfield.

The big news around Element this year isn’t exactly beer-related, says brewer-owner Dan Kramer, “but it is big news nonetheless. 2017 will see Element start to offer distilled spirits in addition to beer. We expect to have limited product available by the spring. We will start producing vodkas and gins right off the bat and move into other aged spirits as soon as we can.”

“First, we will be expanding our sour program with new releases,” says owner Sergio Bonavita, including a raspberry sour aged in Cabernet barrels. In addition to the taproom in the barn, he says, “we will be opening a 5,000 square-foot beer garden, complete with views of the Valley and our farm. The beer garden will be open seasonally and will have live music every night this summer.” That kicks off with the brewery’s “hams and clams” festival, which is a pig roast and clam bake on May 20.

For 2017, says co-owner Bill Goldfarb, craft brew fans can look forward to finding all of Lefty’s products now available in 12-ounce and 16-ounce cans, in addition to the brewery’s current 22-ounce packaging size. He adds that “we will also have a very special edition of our Barrel Aged Scotch Ale coming out for the holiday season in December of 2017.”

“We continue to sell out of our IPA each and every week,” says brewer Mike Yates. “Our winter seasonal The Double (8.5%) IPA’s final batch will be released on Tuesday, Feb. 21.” This will begin the countdown to the April 20 release of The Session (4.8%).

“We will be releasing a new Double IPA in a few weeks called Jigsaw Jazz, with a similar hop profile to our first Double IPA, Double Paw,” says Kristen De Lancey. “We’re going to continue exploring the style. We will also release another pale ale, Jack and the Hopstalk.” Fort Hill will also host the second annual Barks & Brews fundraiser with the Dakin Humane Society at the brewery on June 11.

“Firstly, and better late than never, we’re going to be canning many of our beers and expanding our package store presence,” says brewer Chris Post. “Mainly in Berkshire County, but also in select outlets in the Pioneer Valley.” This will start in February and March. Meanwhile, Post is refitting the brewery to nearly double the taproom space, and he is planning a summer series of live music and food truck nights at the brewery. This summer, he adds, “expect a new sour riffing on our Zingari lemongrass wheat beer,” as well as the return of Rude Man peated barley wine, and the Spring Loaded pink grapefruit IPA.

Abandoned Building Brewery, Easthampton  “We are transitioning five of our beers from 22-ounce bottles into 16-ounce cans,” says brewer-owner Matt Tarlecki. “We have already released Hydra Pale Ale. Next to follow will be The Other End Imperial IPA, Dirty Girl IPA, Lola’s Saison, and Nightshade Stout.” That transition will occur over the next four months. In addition, the brewery will bring its popular Food Truck Friday events back to the parking lot. That fun happens every other week this year beginning May 26.

Brewer-owner Lawrence George says he has some fun ideas for new beers this spring and summer, but he’s keeping those recipes close to the chest. His resolutions this year, he says, are to continue to refine and improve existing recipes, as well as to make the in-person taproom experience as rewarding as possible — “for example, five-ounce pours and flights. More improvements to come!”

“2017 is shaping up to be a great year here at Honest Weight,” says co-owner Jay Sullivan. “We’ve got two new fermentation tanks on a truck from California as we speak, and we’re gearing up to release our first two bottled barrel-aged beers … We are focused on growing hoppy beer production as well as growing the amount of beer we are sending into oak barrels for mixed culture beers down the road, both on draft and in bottles.”

Brewer Rich Pedersen has purchased a canning machine, and he says he plans for Hitchcock to be delivering cans — starting with the Double Bottom IPA — by mid-to-late March. “We will also continue to offer seasonal beers with as much local ingredients as possible,” he says, “like our local Raspberry Porter and Roasted Pumpkin ales as well as others as produce comes into season.”

Sam Dibble’s two-year-old brewery recently launched the New City Mule, a craft-brewed ginger cocktail-in-a-bottle (no spirits added; available year-round). The New City crew is also completing installation of a ten-barrel custom brewing system. “We remain committed to always setting a high bar for ourselves and keeping fresh beer flowing throughout southern New England,” Dibble says, “with our sights set on the rest of the country, and the world!”