‘It’s my own country’ In Springfield, an undocumented immigrant talks about fear and why he’s here 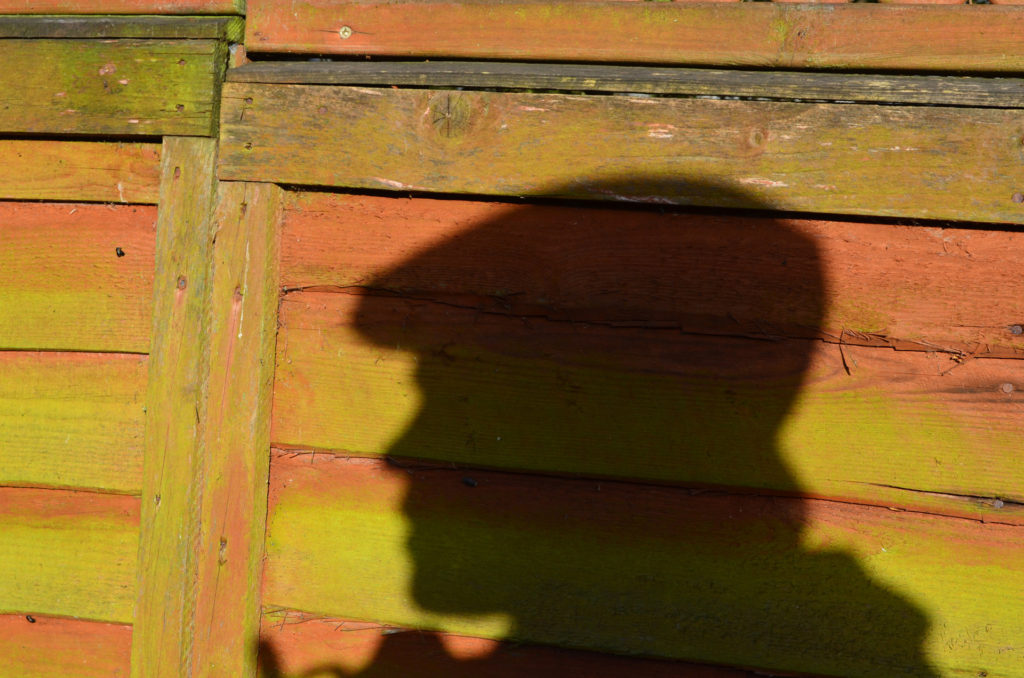 Juan is a 40-year-old Springfield resident who is married with two children under age seven. He works construction jobs when he finds them across the state and had just arrived back in the city after working a job in Marlborough when he spoke with the Valley Advocate. Juan, whose name has been changed for this article due to his undocumented resident status, said he lives in fear of deportation back to Mexico and being separated from his wife and children, all of whom were born in America.
Recent anti-immigration, -refugee, and -undocumented resident fervor has grown in the U.S. In less than a month on the job, the president has made attempts to ban immigrants from seven Islamic nations from entering the U.S. and build a wall on the Mexican-U.S. border. During the week of Feb. 6, federal Immigration and Customs Enforcement (ICE) agents arrested 600 people across the U.S. in what Trump tweeted was a “crackdown on illegal criminals.”
“The fear is right there — now hearing this about the president talking about trying to treat us as a criminal when the only sin we have committed is [being] born in a real poor country and trying to make a living trying to survive,” he said.
Juan made the 1,500-mile journey to America from Mexico City a decade ago in the hopes of finding work to support his family, which includes his mother and a brother and sister, both of whom are deaf.
In Springfield, most of the money Juan makes is used for living expenses such as food, rent, and electricity, he said. Only a small portion of his wages are sent back to his family in Mexico.
“Trying to support my family was pretty much the main idea to come to the United States.”
Juan said he looked into getting his work visa, but lacked the funds to obtain the proper papers. The U.S. issues 140,000 visas to Mexican residents every year, according to the Mexican Consulate. Immigrant work visas are difficult to obtain and usually reserved for people who have “extraordinary ability.” There are many steps to obtaining a visa including doctors visits and getting reams of paperwork. The application fee alone is $345.
“I was trying to get the visa,” Juan said, “but it cannot be because I wasn’t making too much money at that time so I didn’t have a good position.”
Jaun traveled to the United States from Mexico circa 2007 with a group of five men and a “coyotaje,” a colloquial term for someone who smuggles people across the border. They walked through the desert for one week. They crossed rivers and mountains on foot. There wasn’t much to eat or drink as they made their way to cross the border near Tijuana, Mexico, into southern California. Juan said at one point during the quest, the men were so desperate to find water they’d drink out of livestock troughs.
“We were sleeping on the rocks and stuff like that,” Juan said.
When he first arrived in America, Juan picked tobacco and tomatoes on farm in California, then switched to being a sales supervisor. He came to Massachusetts because he heard there were more opportunities in the Bay state for undocumented workers. He got into construction five years ago — a job where he typically works 10 hour days. Juan said he finds work mostly on a job-by-job basis through connecting with the people in his social circle and community.
Juan said despite his undocumented resident status, he has paid U.S. taxes for the past eight years. Part of the money comes out of his work paychecks, but he also uses an individual tax identification number, an ID issued by the Internal Revenue Service when someone cannot obtain a Social Security number, that ensures the person will pay taxes.
“I’m trying to follow the rules,” Juan said.
“I don’t want the people to think that we are criminals and that we don’t care about the laws because I really care about the laws. I respect this country.”
He said it is difficult to live in a country where he could possibly be deported. So, he tries his best to follow as many of the nation’s laws as possible.
“I never have any ticket from the police,” Juan said, “I know I’m doing something wrong because I’m driving without a license, but I never have any tickets. I’m very worried for somebody to give me a ticket.”
Juan said he hopes to become a legal resident of the United States someday and is working with an immigration lawyer to make it a reality.
“I love this country,” Juan said. “It’s my own country and I teach my kids to respect everyone under the same basis — to love this country; to love the flag.”

The issue of whether or not to protect undocumented immigrants from federal immigration authorities has polarized many people in the city of Springfield.
On one side is city Mayor Domenic Sarno, who will not designate Springfield as a “sanctuary city,” a loose term that has come to mean a community that will not hold suspected undocumented residents for federal agencies solely interested in that person’s immigration status. The mayor has declined to do so in the past, but when the Trump administration announced on Jan. 25 that it will try to take federal funds away from so-called sanctuary cities, via an executive order, Sarno made a public statement the following day saying Springfield is not a sanctuary city. He also noted the city could not afford to lose out on the millions of dollars it receives from the federal government annually.
On the other side, there are the religious leaders such as Bishop Douglas Fisher of the Episcopal Diocese of Western Massachusetts and Bishop Talbert Swan, president of the Springfield chapter of the NAACP, who partnered with members of local advocacy groups and lawyers to deliver a letter to Sarno advocating for a Feb. 6 meeting with the mayor to talk about why Springfield should not cooperate with ICE “detainer requests” for individuals the agency thinks could be deported.
“Those are our neighbors and I’m not going to let nobody take none of my neighbors or family members,” said David Lewis Sr., an associate minister with Mount Cavalry Baptist Church in Springfield who attended the rally. “We’re supposed to be fighting for those that can’t fight for themselves. That’s the gospel.”
Meanwhile, in contrast to Sarno’s position, Holyoke Mayor Alex Morse and Northampton Mayor David Narkewicz recently affirmed their communities as sanctuary cities.
Narkewicz said he signed an executive policy order in 2014 designating Northampton as a sanctuary city.
“I’m proud of that and we’re not changing that,” Narkewicz told a cheering crowd of more than 50 people gathered outside the steps of Northampton City Hall during a rally on Feb. 2.
The community letter to Sarno expressed concern that cooperation with federal immigration officials would overextend the local police force, strain the relationship the department has with immigrant communities in the city, and create an environment of fear that would make illegal immigrants afraid to call 911.
The authors of the letter did not advocate for Sarno to designate Springfield as a sanctuary city, but instead they asked him to issue a mayoral executive order to create policies for the police department, which includes officers not asking about anyone’s immigration status, detaining undocumented persons at the request of federal immigration authorities, or deputizing local law enforcement to enforce immigration laws.
Sarno wasn’t in his office when the letter was hand delivered on the morning of Feb. 2 and did not meet with community leaders. However, he did respond to reporters from local news agencies who caught up with him later in the day about the letter. He reiterated his unwillingness to make Springfield a sanctuary or sanctuary-like city.
How much a risk Sarno would be running by not holding suspected undocumented residents on ICE detainer requests is unclear. Immigration attorney Billy Peard, a co-author of the community letter to Sarno, said even under Trump’s “extreme positions” the loss of federal funding would be difficult to implement. For one think, the term “sanctuary city” is ill defined under federal law.
The only existing federal statute that defines the term is found in the Illegal Immigration Reform and Immigrant Responsibility Act of 1996, which was passed by congress, said Peard, who works with the Pioneer Valley Workers Center, a Northampton-based advocacy group that focuses on workers rights.
So, more than 150 protesters stood on the front steps of the Federal Courthouse in Springfield on Feb. 3 with signs in hand. “Jesus was a refugee,” one read and another, “We are all America.” Dusk was approaching as the rally began and frigid winds created rippling waves on the American flag that was raised high above the people, who protested Sarno not having met with the authors of the letter.
At the rally District One City Councilor Adam Gomez was critical of Sarno’s response.
“I think it’s pretty disgusting and it’s inappropriate that we look towards people as leaders and we can’t get a conversation with them,” Gomez said. “You can give 15 minutes to the media; you can give us 15 minutes to hear us out.”
Zubair Kareem, president of the Islamic Society of Western Massachusetts, is a neurologist and U.S. citizen who emigrated from Pakistan to America in 1991 to attend college as a graduate student. As an author of the letter, he was at the rally and he believes legal immigrants across the country have some anxiety about the future and elected officials should be working to ease those fears.
“When politicians or the people in charge say, ‘Okay, we can’t even talk about it’ — That doesn’t go well,” he said.
I met with Juan after the Feb. 3 protest and asked him if he had anything to say to Mayor Sarno regarding the protection of undocumented persons in his city
“Just give us a chance to be free,” Juan said.