Cinemadope: Wolverine’s Back — For the Last Time 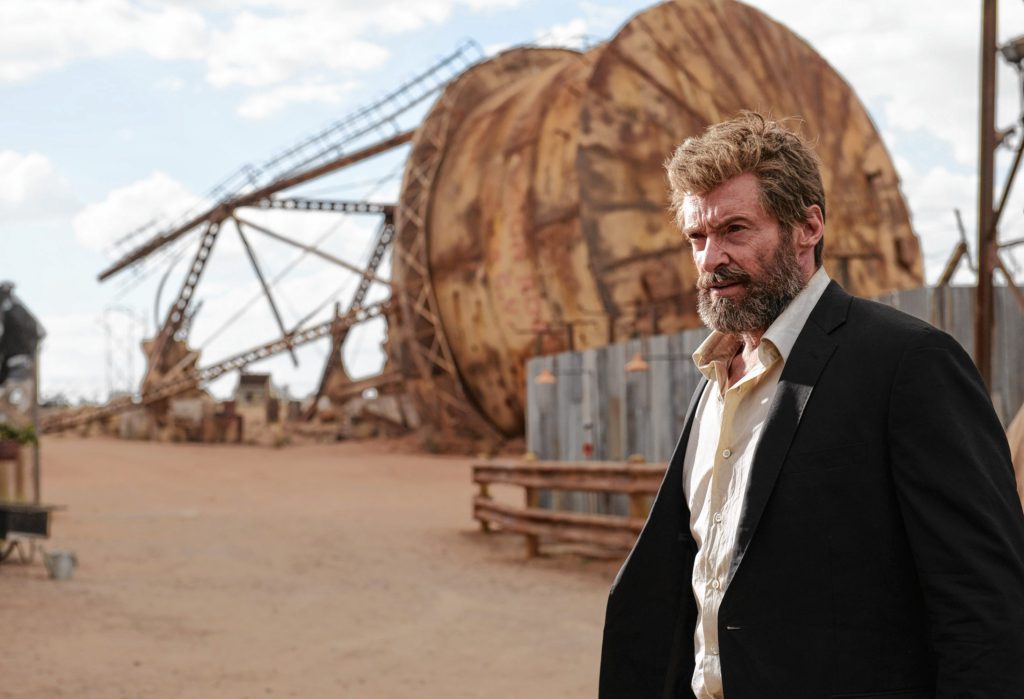 We Americans are a nostalgic bunch. Sometimes I wonder if it’s just that we are still such a young nation — there are Italian cafes that are older than our whole country — that we like to fool ourselves into thinking we have more history than we do. Or maybe, when things are particularly desperate, we just need the comfort of pretending that things haven’t always been so bad. And so we have our Facebook memories, our Timehops, our “share if you know what this is” posts, accompanied by a picture of an 8-track tape.

This week, that urge to look back seems to have taken hold of theaters all around the Valley. While there are new releases this week, most of the more interesting screenings are older films (and the biggest new picture is about a character who has been around since the American Civil War). If you’re feeling the pull of the past, this is your week.

First, though, that new movie: Logan, which opens at area Cinemark theaters this week, is Hugh Jackman’s (supposedly) final turn as the comic superhero Wolverine. After playing the mutant for some 17 years, the actor has decided that it’s time to hang up his signature claws. In this last portrayal, Jackman’s Wolverine is an aging, has-been hero, holed up in a makeshift home and caring for the even more infirm Professor X (Patrick Stewart). Scarred in body and spirit alike, he ekes out a meager living as a limo driver along the Mexican border; the Professor’s early dream of a new era of mutants has faded out, and only the old guard remains. But then a young mutant shows up on Logan’s doorstep, on the run from a military outfit looking to do her harm — and so Logan is drawn back into one last adventure.

The X-Men series has been wildly uneven, but Jackman’s portrayal has always been one of its high points. For viewers like me, who grew up reading the comics on which his character was based, he has often seemed exactly the right actor for the role (despite being a foot taller than the comic character) so that it’s hard not to picture him when thinking of the character now, and even a new film carries with it a warm nostalgia for older stories. To this comics fan, there is no higher praise.

If you’re wanting to look back further, Cinemark is also screening All About Eve, the Oscar-winning Bette Davis picture from 1950, on Sunday and Wednesday. Davis stars as the “aging” (she’s forty) star Margo Channing, whose life and career are disrupted by the arrival of young Eve Harrington (Anne Baxter), a conniving actress who will do whatever it takes to have Margo’s life. Also on Sunday, Amherst Cinema will screen Koyaanisqatsi, director Godfrey Reggio’s experimental 1982 film about humankind’s changing relationship with the natural world. With a famed score by Philip Glass — which does a lot of heavy lifting, as the film is wordless — the film is an 85 minute meditation on how we interact with the world around us.

Amherst is also screening two more popular films from years past: first up on Thursday is Clueless, director Amy Heckerling’s modern take on Jane Austen’s 1816 novel Emma; she transplants the story to a Beverly Hills high school, where the popular Cher (Alicia Silverstone) tries to set the world to her liking. This is the first of seven films in the theater’s Throwback Thursdays series; each screening will be followed by an afterparty at the High Horse in Amherst.

And on Friday, the cinema presents Ridley Scott’s classic Blade Runner — here in the director’s “final cut” version released in 2007. Harrison Ford stars as Rick Deckard, a retired “blade runner” called back into service to track and kill four replicants led by Rutger Hauer’s Roy Batty — genetically engineered beings bred to do the work humans will not — who have defied their orders and returned to Earth from their off-world stations. The rare science fiction feature whose vision has held strong for decades, its intentionally hazy moral questions continue to inspire viewers today. (For a great take on the film’s main thread, be sure to check out local sci-fi author and game designer Joshua A.C. Newman’s blog post about replicants at glyphpress.com.) And as you watch, remember: this 1982 neo-noir is set just two years from today.