Say Yes to Expanded Elliott Smith “Either/ Or” Reissue 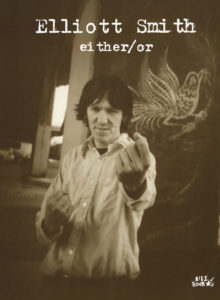 Either you are an Elliott Smith fan, or you are not.

For some, Smith is the singer and songwriter who contributed a handful of heart-rending songs to the soundtrack of the film “Good Will Hunting,” including the Oscar-nominated number “Miss Misery.” For others, he remains a cult-figure, known equally for his delicate artistry and his sudden death in 2003. Smith lived his whole life between such dichotomies.

Now to celebrate the 20th anniversary of his best-selling album, Kill Rock Stars is again shining the spotlight on the work of such a tortured and talented figure. “Either/ Or,” Smith’s third solo release, has been repackaged by the label into a new expanded edition featuring a collection of previously unreleased rarities and live tracks, as well as a remastered version of the original album.

For fans, this news is a welcome reinvigoration and reason to revisit Smith’s work all over again. But newcomers to the artist’s discography should rejoice too. For whether you’ve listened to “Either/ Or” a million times or not even once, the release is worth a closer look.

The original version of “Either/ Or” was released at a pivotal time in Smith’s career. Recorded while he was still a member of the alternative rock band Heatmiser, the record would also be Smith’s last release before being signed to the Dreamworks label. Thus, the sound captured on “Either/ Or” could best be encapsulated as resembling a bridge between his earlier lo-fi acoustic recordings and the more ornate orchestrations of his later releases.

Tasked with remastering a work that straddles two different worlds, recording engineer and Smith friend Larry Crane, who also helped produce the posthumous Smith compilation “New Moon” in 2007, appears to have chosen the path of least resistance. Instead of radically altering the mix, Crane goes for a more cleaned-up take. Both Smith’s voice and guitar now sound more distinct, and the same goes for all other instrumentation present.

This approach works well on songs like “Angeles” with every finger-picked note coming through loud and clear atop an almost spectral drone. And on “Ballad of Big Nothing,” the drums provide a solid foundation for Smith’s vocals and acoustic strumming. In fact, the sparser the arrangement the better Crane’s scrub down of the original material sounds. “Say Yes,” one of Smith’s most optimistic songs, inspired by his relationship with musician Joanna Bolme, remains a tender ballad that now sounds like the listener is in the studio with Smith while he’s recording instead of hearing the singer whisper the tune through a set of headphones. 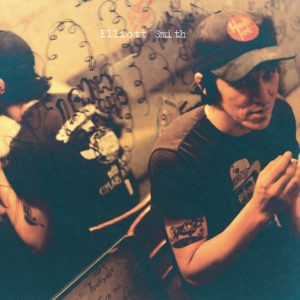 Still, the biggest motivation for anyone to buy a reissued version of an existing album is the inclusion of additional material. The first five songs on the expanded edition’s second disc are live cuts from Smith’s appearance at the Yo Yo A Go Go Festival in Olympia, Wash. in 1997. The singer and guitarist shines in a stripped-down fashion playing three songs from “Either/ Or” as well as the country-inflected “My New Freedom” and b-side “Some Song.” Smith seems relaxed and confident on stage, taking the time to playfully call out to his sister in the audience after completing a performance of “Pictures of Me,” and laughing frequently while asking the crowd if it wants, “to hear a fast song or a slow song.”

The jovial version of Smith also crops up on “I Figured You Out,” a demo of a song recorded for indie folk musician and frequent Smith touring partner Mary Lou Lord, who later recorded a version for her “Martian Saints!” EP. Though filled with lyrics about heartbreak and being ignored, the tune is full of melody and feels unabashedly pop, a juxtaposition any longtime listener of Smith might describe as par for the course.

There are indeed two sides to everything. Either you are an Elliott Smith fan, or you are not. Smith himself often expressed his own duality inside the same song by masking his melancholy words with elegant music. Now, 20 years later with an expanded edition of one of his career highlights, music fans get the opportunity to parse both sides of such a work all over again.