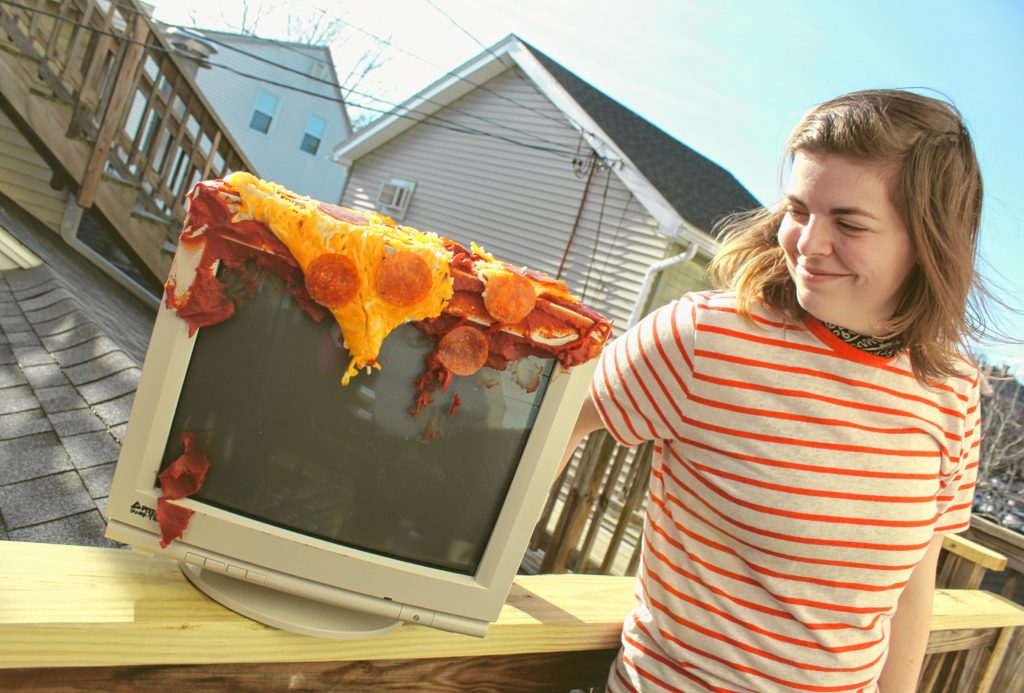 Pavement certainly planted some type of “slacker” flag in the 90s. Whether or not they were the original “slackers” — they weren’t — is irrelevant, but that label has often evoked that band. Today the same label, certainly a compelling angle for write-ups, is attached to acts like Melbourne, Australia’s Courtney Barnett, Boston’s Palehound, and now Northampton’s Hammydown because they make music that references “slacker rock.” But this comparison is actually false — I’d argue that the writers and industry churning out the easy copy are the slackers.

Here’s why: making music, especially of a high caliber like the acts I just mentioned, takes work, and lots of it. As much as I love Pavement, with all its sloppy splendor — and that band did work hard to make slacker rock seem effortless — the (female fronted!) bands who get pegged with the same label in 2017 are working at least twice as hard — not just on their music, but also booking their own shows, updating their social media accounts, and all of the tedious tasks required to keep the wheels greased as a musician in a culture that loves music but seems to hate paying for it.

I caught the fully fleshed-out Hammydown in a South Amherst basement Monday night, where frontwoman Abbie Morin, now joined by Joshua Speers on bass and Jacob Burnstein on drums, delivered a forceful and rocking set. I’ve seen Morin perform a handful of times over the past couple of years, and each time she sounds radically different, showing big strides of growth — morphing from a promising solo act to one of the most compelling bands around. And these changes are the result of a lot of work practicing, writing, and getting a band together — the stuff that happens behind the cameras, after the shows, and out of view from listeners.

Morin, when not rocking out in her excellent band, works a cafe job in Northampton. Her artist bio reads like a resume of shitty service jobs in foodservice and housecleaning and suggests that her music is reflection of “the plight of the millennial slacker — those who button up and drag their way through the work week, try to pursue creative passions, but still just feel like losers.” She sings about scrubbing floors and having her debit card rejected at the package store, which the bio confesses is the true price Morin must pay to pursue her dreams.

Forget climate change, the racial wealth gap and Trump: the millennial generation, drowning in student debt, with few job prospects (even for those with fancy degrees) may have little to look forward to as far as the American dream is concerned. But us music fans can be comforted by the fact that Hammydown’s debut EP, Pizzaface, is right around the corner as it captures, with wit, sass, and charm, the plight of a generation.