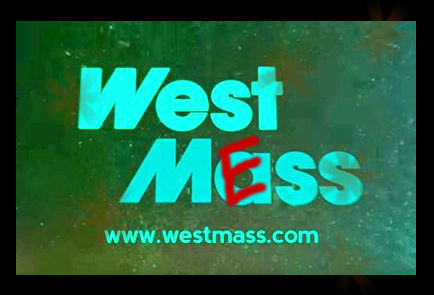 We had some questions about the ‘West Mass’ video, an effort by the Greater Springfield Convention & Visitors Bureau and the Economic Development Council of Western Massachusetts to re-brand the area and attract tourists — and you had some thoughts about this dud, too. Here are some comments left on the Advocate’s website and Facebook page in response to “We Have Questions About That ‘West Mass’ Video,” March 9-15, 2017:

Dee Lynn Quint: This video makes me more sad than I already am normally.

Linette Murray: This is a poor idea. If you say your going to The Berkshires, or taking a ride through the Pioneer valley, say it! Its clear. West Mass takes all of the meaning and feeling from the areas and leaves you with geographical coordinates.

Mike Henry: Obviously they picked the name because it was the only one with an available domain name.

Micky Bedell: That was AMAZING.

Shirley MacLean: Really bad, sounds horrible! It is and always will be western ma & the pioneer valley!

Emily Edna Everett Dallow: It seems very clear to me that they studied this in depth, realized that the most recognizable name to promote tourism was Western Mass, realized that they couldn’t charge $80k to tell us that since we already use that phrase, and so arrived at West Mass as the best billable option.

Christopher Daly: A friend of mine rightly pointed out that the campaign is not geared to those of us who live in the region, but it’s supposed to identify the region for those who WILL TRAVEL HERE. The name they chose accomplishes that point. West Mass … it encompasses the four counties which are often split between the Pioneer Valley and the Berkshires.

Excellent article you co-wrote “I have questions about that ‘west mass’ video” in recent publication! I think your point is well taken on the following issue: having a local person who knows the nuances of the area, is creative with words, can create a mosaic more fitting of the local area, and would be paid for services rendered.

I add my thoughts on significant activities in this area, (aside from the history of firsts which we all know is volleyball & basketball).

1.) Activism rallies, films, groups including interfaith groups, radio stations (and another first is a radio tower set up in Frances Crowe’s backyard which hooked into Pacifica radio and the first independent media access in Northampton, 25 or so years ago, and local talk show — Bill Newman Show

3.) Western Mass used to be the wilderness, according to the Boston metro area city folks, but now is a destination spot, with N. Adams and Great Barrington/Lenox as neighbors, for arts and culture events.

4.) The outdoor adventurers thrive out here: bicyclists route through 30-plus miles of terrain in a day; cross-country skiing access from one’s house, if near the bike path aka the Mill River Greenway; town trails for hiking are numerous; views of the Holyoke range are spectacular, and unblemished by housing projects; paddling and viewing birds of prey nests high in trees near oxbow are uncertainties, but full of expectation.