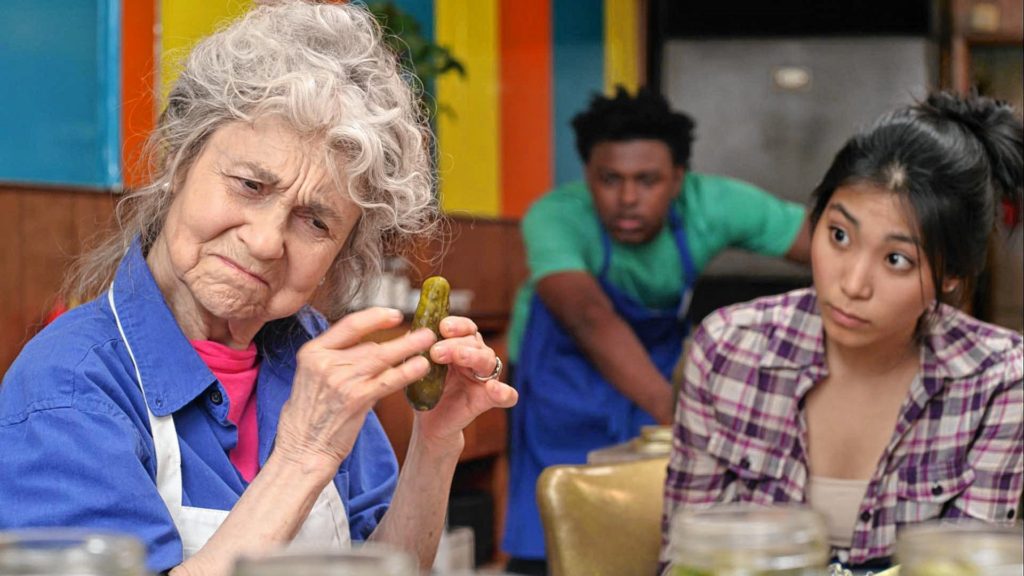 Now in its twelfth year, the Pioneer Valley Jewish Film Festival (PVJFF) has long been a wonderful part of the Valley’s plentiful film offerings. Carefully curated, the festival screens films big and small, providing local filmgoers with a thought-provoking slate of work that is engaging, entertaining, and often unexpected. Beyond giving viewers a nice show, the festival organizers make a point of choosing work that opens up the opportunity for new discussions and a deeper understanding not just of Jewish life but wider questions about faith, justice, and identity in an increasingly complex world.

It’s happening again this year — as you read this, it is already underway, running through the first week of April — and along with its varied film selections, one of the festival’s joys is its wide-ranging series of venues. Truly a Valley-wide affair, the PVJFF presents screenings up and down the I-91 corridor, at a wide variety of colleges, theaters, and other sometimes unusual spots such as the Basketball Hall of Fame in Springfield. For filmgoers looking for something — and somewhere — different, the PVJFF is well worth a look. Here are a few of the films on offer this week; for a full schedule and venue information, head to pvjff.org.

On Thursday March 23, West Springfield’s Rave Cinemas plays host to a 7 p.m. screening of The Pickle Recipe (but peckish moviegoers should get there at 6:30 to catch a tasting table put on by Greenfield’s Real Pickles). Michael Manasseri’s 2016 comedy pits a family against each other in pursuit of one grandmother’s prized pickle recipe. Co-starring veterans David Paymer and Lynn Cohen (Mags from The Hunger Games: Catching Fire) as the warring duo, and Jon Dore as the grandson caught in the middle. Almost guaranteed to be the only film where you’ll hear a nice Jewish grandmother say, “this is not the penis of a rabbi!”

On Sunday afternoon beginning at 1 p.m., Smith College takes up the hosting duties when it showcases a series of short films for the festival. Among the four films screening at Weinstein Auditorium is the Oscar-nominated Joe’s Violin, a documentary look at the friendship that blooms between 91-year-old Holocaust survivor Joe Feingold and 12-year-old Bronx girl Brianna Perez when Feingold decides to donate his violin to a local instrument drive. Besides its story of friendship, it’s a potent testament to the power of music — especially welcome in a time when national arts funding is on the chopping block. The family-friendly screenings will also feature a pizza lunch from 12:30 to 1 p.m. and a roundtable chat including Hannah van der Swaagh, a music teacher at the Bronx Global Learning Institute for Girls (featured in Joe’s Violin).

Later on Sunday, Amherst Cinema takes over the PVJFF reins with a screening of A.K.A. Nadia, director Tova Ascher’s story of Maya, a middle aged Arab woman married to Yoav, a Jewish official in the Ministry of Justice. But twenty years earlier, Maya was known as Nadia, and was having an affair with PLO activist Nimer. When Nimer was arrested, Nadia fled back to Israel; now her past threatens to derail her new life when Nimer reappears in Jerusalem.

Also this week: the Yiddish Book Center in Amherst is hosting a Sunday afternoon screening —  ironically, it is the one show here not part of the PVJFF — of Peggy Guggenheim: Art Addict. Lisa Immordino Vreeland’s 2015 documentary shines on a light on the remarkable woman who would help define the modern art movement in the twentieth century. A collector who also made it a habit to get close to her favored artists — Marcel Duchamp was her lover as well as an early advisor — her sometimes controversial personality (which is brought up early and often in Vreeland’s film) never got in the way of her results. Her collection, now housed in the 18th century Venetian palace that was the longtime home of the heiress, remains one of the world’s most important.