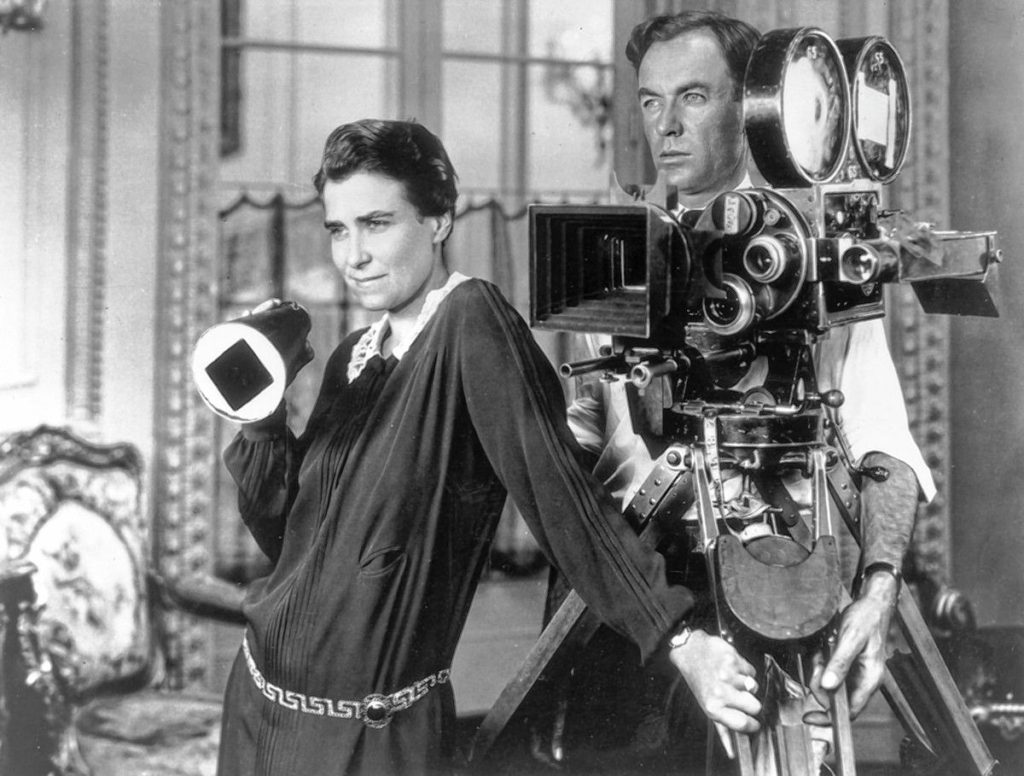 Screen shot from The Woman Condemned, a 1934 film about a woman accused of murdering a celebrity. Directed by Dorothy Davenport

Whether or not Western Mass has gotten the meteorological memo, we’ve officially sprung forward. That means it’s time to emerge from hibernation, put on our rubber gloves, and get ready for some spring cleaning. In my case, I’ve decided to dust off some groundbreaking works by female directors, in honor of Women’s History Month.

The cinematic history of female directors is woefully short, and very much still in progress. It took the Academy Awards 82 years to give their Best Directing prize to a woman — Kathryn Bigelow, in 2009, for The Hurt Locker — and the illustrious awards have not even nominated a woman in the category since. Of the countless films that saw a wide release in 2016, just eight were directed (or co-directed) by women. Even when visionary women are given the rare opportunity to direct a film for wide release, they are often relegated to romance or melodrama. You know, lady stuff.

Though the film industry still has a long way to go, these four films each demonstrate a female director’s significant artistic contribution. These works are wildly varied in terms of genre and style, so they’ll give you a nice taste of what’s possible when artists take a chance. This spring, put on an old T-shirt, grab your Windex, and wipe the dust off of these important cinematic works.

Writer Jane (Kate Bosworth) languishes unhappily in Naples, Italy with her husband, Leonard (Iddo Goldberg) in this gorgeous exploration of life, love, and personal history. It also has the most satisfying ending I’ve ever seen in a romance film. Coiro directed this labor of love on a shoestring budget while eight months pregnant, and it went on to debut at the Tribeca Film Festival. This was Coiro’s second feature, following critical darling L!fe Happens. She has since gone on to direct for TV shows like The Mick and Girlfriends’ Guide to Divorce.

This crime thriller recounts the life of Aileen Wuornos (Charlize Theron), a Floridian serial killer who was executed on six counts of murder in 2002. Though Monster received considerable attention and acclaim during its debut nearly 15 years ago, most talk centered on Theron’s transformation from pretty to ugly. Director Patty Jenkins was barely recognized for this outstanding feature debut, and it absolutely demands revisiting — especially since Jenkins is behind the upcoming summer smash Wonder Woman.

This cornerstone in feminist cinema investigates oppression and marginalization in a supposedly utopian America. This is perhaps Borden’s best-known film, though she also went on to direct Hollywood production Love Crimes (1992) which, shockingly, tanked due to creative differences. Born in Flames also marks the acting debut of Kathryn Bigelow, aforementioned historic Oscar winner.

This wild and weird crime thriller talkie is a little-known slice of film history. The Woman Condemned follows Barbara (Claudia Dell) once she is accused of shooting and murdering radio star Jane (Lola Lane). This glimpse into ’30s filmmaking unfortunately rehashes some racist film tropes from the era, so tread lightly. Davenport, who was a movie star-turned producer and script supervisor, married director Wallace Reid and worked on many of his pictures until his untimely death. One of the only female directors working during her time, she is billed as “Mrs. Wallace Reid” in this movie — one of only four pictures she would helm in her illustrious career.

Despite a consistent lack of praise, recognition, and funding, female directors continue to push the limits of film as a medium and produce outstanding performances. Revisit these should-be classics this spring, and prepare to enter a new world of film.