O, Cannabis! How to Taste the Nuances of Marijuana Like a Pro 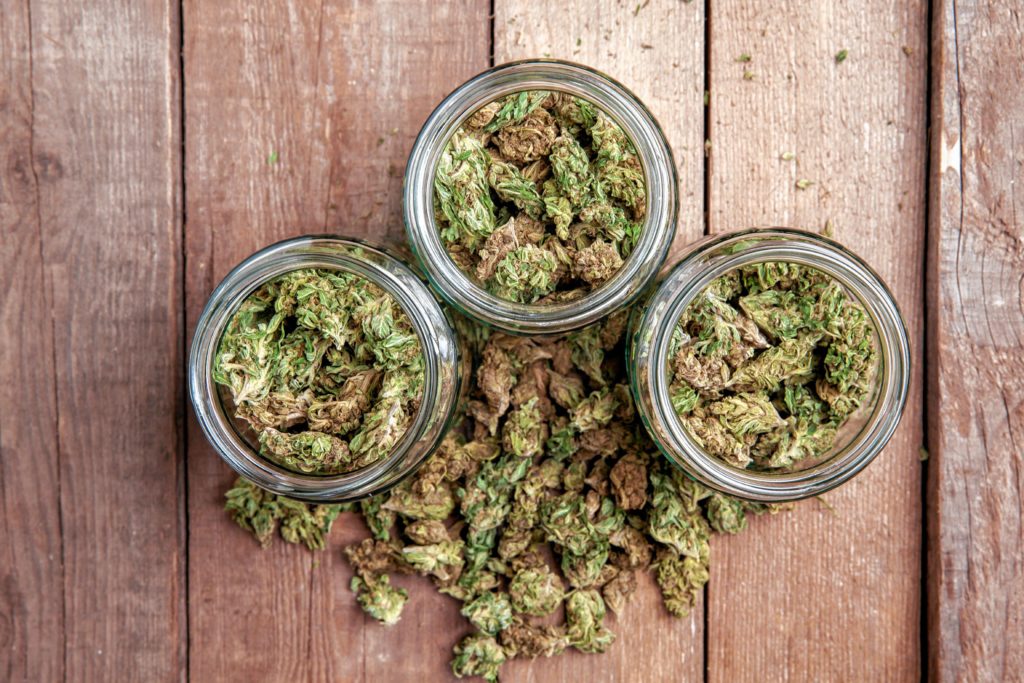 Now that marijuana is legal, the perception of the drug is changing. We’re on the road of cannabis no longer being thought of as some seedy contraband in a sandwich bag tossed through a car window to potheads, but a varied, quality — and dare I say, refined — hobby.

With the ability to purchase and grow identified strains with known THC and other compound levels, weed smokers can zero-in on the buds they like and sample the best of what’s around.

Can you smell where I’m going with this? Weed tastings, ya’ll!

With the very first April 20 — 4/20 — in Massachusetts since recreational legalization just weeks away, people are planning celebrations. There’s Extravaganja, of course. This year, the annual weed-fest — complete with food, music, activists, and vendors — will be held on April 29 at the Three County Fair in Northampton. But if you want to have a more low-key party, go with an at-home marijuana tasting between friends.

Weed tastings aren’t really a thing yet, so to figure out how to do one I did some research into how wine, cheese, beer, and cigar aficionados enjoy the multiple qualities of whatever their sampling. Mike Schilling and Jordana Starr, co-owners of Beerology in Northampton, and Dave Mech, owner of PotCo in Springfield, had some advice. Turns out, a lot of what these tasters do can be applied to enjoying marijuana.

“What most people look for in the taste of bud — it’s definitely a personal preference,” Mech says. “Now there are so many new flavors, they’re basically mimicking wine with all the different strains. … It’s really becoming more of a considered thing.”

When tasting marijuana, a person should consider these qualities:

The Look: Is the bud all crystaly? What color are those crystals (the yellower, the more THC the bud has)? Do the leaves have a color? Is there mold? Get a sense of expectations from the look.

The Aroma: When tasting beer, Schilling suggests imbibers do a smell “drive by,” let the beer pass under your nose as you inhale. Then go back and do a series of short sniffs, like a bloodhound.

“If you take a big breath in through your nose, that’s a lot of air going up your nose and you’re going to blow out your olfactories” [aka smell receptors], he says. For beer, Schilling recommends doing a “retro-nasal” exhale, where you exhale through the nose while holding the beer in your mouth as well as while you’re swallowing, but I’m not sure that would work for weed. Maybe a bourbon chew would work, he suggests. For marijuana, this would mean inhaling the smoke, holding it in your mouth, and then exhaling while it is still in your mouth.

The Flavor: There’s all kinds of words that can be used to describe cannabis flavor: pine, grass, coffee, chocolate, nutty, sweet, bitter, acidic, sour, smooth, harsh, full-bodied, airy, balanced, chemical-y, cookie-like, Yaba Daba Dooby! To taste weed, I’m going to suggest the French inhale coupled with some regular old puffs. For the French inhale, think of Snoop Dogg and hit that shit. Fill up your mouth with smoke, let it roll around a bit, open your mouth and let a thick cloud trickle forth. As you’re doing this, inhale through your nose. I only recommend doing this once or twice per sample because it will dull your olfactory sensors for the night after each inhale. Taste the flavors in your nose, mouth, and back of the throat.

The Feel: Check your head, how does it feel? Light? Heavy? Are you euphoric or ready for a nap? Do you feel creative or philosophical? Do you want to start cleaning the house? Do your muscles feel different?

To set up a good marijuana tastings, you’re going to need: four to six varieties of flowers, four to six clean, long glass pipes, a palate cleanser, munchies, water — lots of water, and I don’t know some board games or something goofy to do after you’ve tasted your mind out.

It’s also nice to offer guests some information about the samples they’ll try. Most strains have information about their intended effects and flavors online. There are many resources, but the one I trust most is MCR Labs, it’s a cannabis analysis business in Worcester. The site gives accurate chemical information about the weed they test for labs and growers all around New England. The results are put online at mcrlabs.com. If you want reviews from smokers go to allbud.com.

Choosing the weed is the most difficult step because you need to decide what kind of tasting you want to have.

“You could get a bunch of samples that focus on taste, or high, or aroma,” Starr says.

“In beer though,” says Schilling, “I never do more than six at one time. Don’t bite off more than you can chew.”

You could do a tasting where:

Everyone brings a sample from their homegrown stash

Only sativa or indica strains are served

Selections are made by flavor, for example, making a fruit salad by offering up Grape Stomper, Orange Haze, Strawberry Sour Diesel, and Pineapple Express.

Or you can just serve up some of your favorites: flowers from strains that are CBD-heavy, sativa, indica, and hybrid.

“Just basically make sure that the bud you use is fresh and free of — the flowers can get moldy, so you want to have good dried, cured flowers to do what you do,” Mech says. “Don’t be afraid to experiment and see how all these different strains came out.”

Mech also suggests doing a tasting by method of intake. Try a strain in flower, dab, shatter, and through a vape, for example.

Whatever mechanism is used for marijuana delivery, make sure it’s clean. Using the same piece for each bud being tasted will mix the flavors and effects of the flowers — defeating the point of a classy-ass tasting. The cheapest way to do this is to roll joints, but the intense heat from the cherry is going to singe the flavor and your tastebuds. Ideally, the mechanism to use doesn’t impact the flavor of the weed and provides room enough between the burning marijuana and your face so the smoke has time to cool down a bit and open up its flavor. I recommend a long glass pipe. Get them for cheap at convenience store/smoke shops — the pieces are usually cheap in price and quality, but useful, much like SOLO cups. A convenience store with a huge array of smoking apparatus is Smoke N’ Pipe Deals, 1500 Northampton St., in Holyoke. Bonus: It shares space with a Broaster/fried chicken shop.

All right, all right, all right. Next up is to figure out the order of tasting and the palate cleanser. Starr and Schilling say however you do it, the goal of designing a tasting is to arrange it in a way that preserves the palate for as long as possible. Start with the most mild flavor or THC content and work your way up.

“You want to start small, not too much too quick. Go from mild and work your way up,” Starr says.

Getting a palate cleanser for a marijuana tasting is tricky. Part of the tasting is about how the weed makes samplers feel and inevitably previous smoked weed is going to have some impact on the effect and enjoyment of the others. Mech recommends cleaning the marijuana palate by smoking CBD-flowers in between samples.

“CBD kind of is a reset, it takes away some of the high that other marijuana may have given,” Mech says.

Schilling said that plain crackers would be a good cleanser for the mouth and for the nose, he suggests a taster sniff his own arm.

“Make sure you’re not wearing any heavy cologne or lotion or anything like that,” he says. “It will affect your nose.”

Some cigar smokers recommend drinking apple juice between samples to wash the flavor from your mouth.

Make sure to have plenty of munchies for after the tasting — don’t want to douse your tastebuds in Doritos dust before attempting to taste something. And don’t forget: put your pinkies out when passing the dutch, you fancy marijuana connoisseur, you.

Kristin’s not here man, but you can contact her at editor@valleyadvocate.com.