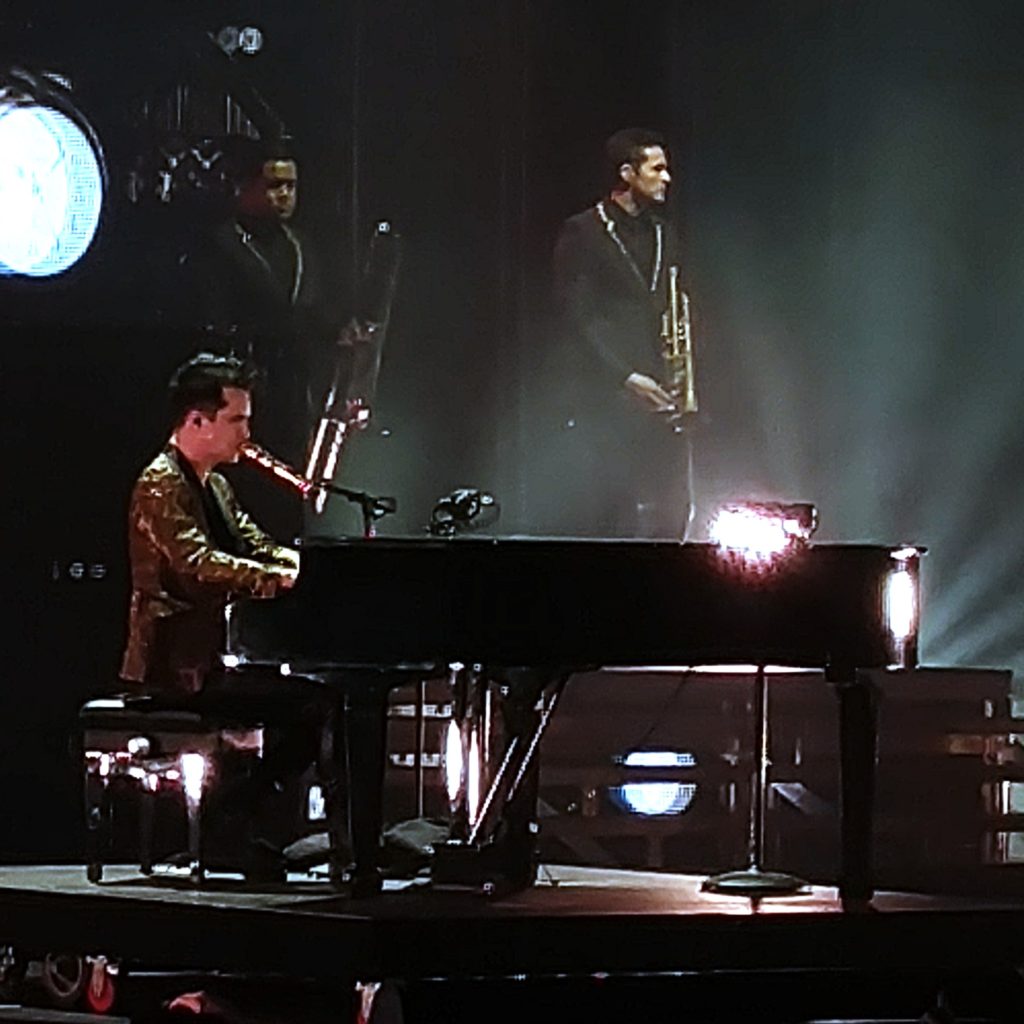 It’s a frequent exchange between those who once swung Bics to-and-fro during power ballads and teased their hair so high they could barely fit through regulation doorframes.

“Who’s going to carry the.. (cough, cough)…sorry man, you never get used to that ethereal mix of dried ice and gun powder smoke… What was I saying? Oh yeah, what band is going to carry the arena rock torch once all of these dinosaurs are gone?”

A fair question. While the likes of KISS, The Who and the Stones have proven themselves akin to rock n’ roll cockroaches, Motley and Sabbath have unequivocally said sayonara. And if the working title for Aerosmith’s 2017 summer trek – “Aero-Verdeci” – is any indication, the bad boys from Boston will soon be touring “No More, No More” as well.

Sure, there are still plenty of high decibel, high demand acts making the rounds this season. Mohegan Sun will feature Bon Jovi April 1 and a Def Leppard, Poison, Tesla package April 12. The XFINITY in Hartford has already confirmed Korn (July 23) and Green Day (Aug. 29) on its summer roster. And of course we have your Pearl Jams, U2s, Foo Fighters, but these are all bands who first struck certified Gold back when you had to go to Strawberries on Tuesday mornings to purchase their new disc.

Faithfully filling the void has been a steady stream of pop, country and even heavy rock packages, of course. Or, in the instance of Vegas-based Panic! At The Disco, all of the a fore mentioned genres sprinkled with nods to Vaudville, Cabaret and techno.

They even go for baroque (pop), as evidenced by the band’s recent- and biggest – hit to date, “Death of Bachelor.”

But as mouthpiece/project mastermind Brendon Urie reminded the Mohegan Sun faithful during his late February, area play, he is far from a new kid on the block.

“I’ve been doing this Panic! thing for 13 years now,” the 29-year-old singer exclaimed, putting his ascent from club level support to selling out 10,000-seat arenas months in advance as he did here this very evening into perspective.

In their most frequent – and ferocious – form, a gold blazer-adorned Urie plays ringmaster to a massive, fire and lightshow laden stage as his crack rhythm and horn sections throttle through high octane foot-tappers like show opener “Don’t Threaten Me With a Good Time,” “Miss Jackson” and “Victorious.”

Urie also proved himself a capable percussionist, hopping on the kit for a few bars of Bruno Mars’ “Uptown Funk.” Then deftly tickled the ivories on “This Is Gospel” and a solid cover of Queen’s “Bohemian Rhapsody.”

His live, concert debut of The Weeknd’s “Starboy” was as instantly recognizable as it was contagious as well.

Through it all, Urie showcased his fabled, four-octave voice to great effect – shifting into his teenage girl squeal-inducing falsetto with the restraint of master chef careful not to over season the protein. Throw in a couple back flips, slick dance moves and overall stage presence galore, and you’ve got…well. A Brendon Urie Panic! At The Disco, selling out an arena near you!

In other news, Ludlow’s Dan Mckenney says he is “raising the Barre” on his annual Rock The Boot fundraiser.

“We’re psyched to have him. He’ll be playing a lot of Tull of course as well songs from his solo work,” Mckenney says.

Tickets are $25 with all proceeds going directly to local families affected by Muscular Dystrophy and other ailments. Doors open at 7 p.m. for this one-night only 8 p.m. show.

“Always good to get out and play with everything going on and it’s not always easy to do these days,” admits Pretty Penny’s Josh Enemy, whose already hectic schedule of performing and running his Suffield Music store in Connecticut was impacted by the recent purchase of Westfield Music as well.