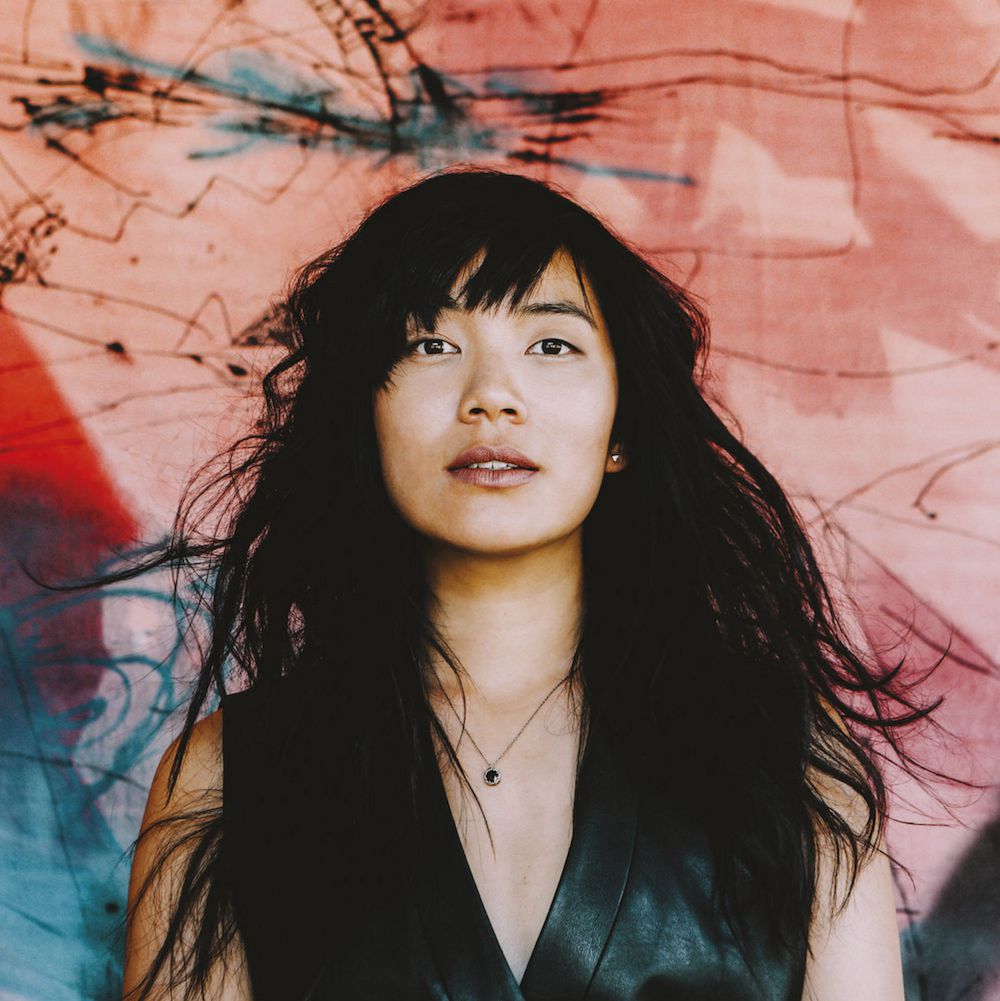 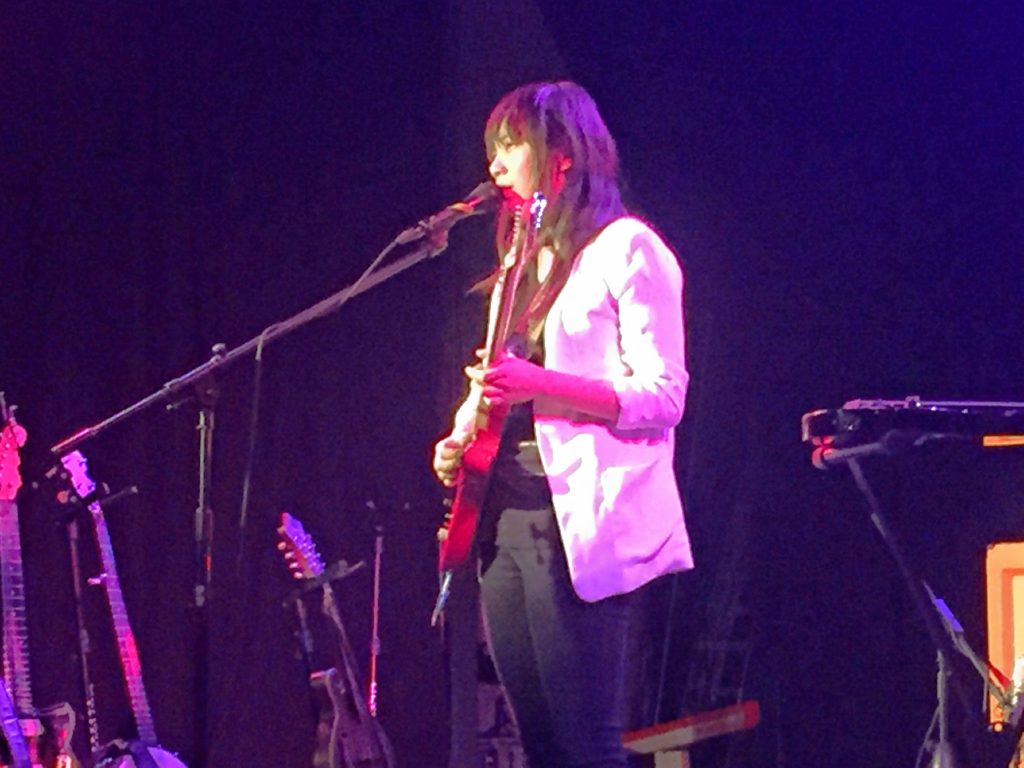 As I walked into Gateway City Arts in Holyoke for the first time, I came to a dead stop to admire the factory-style architecture. The ceilings are very high, with a huge industrial ceiling fan staring down. The large stage was lit up awaiting performers, with just a few dozen people starting to gather in the metal folding chairs.

I made my way to the bar at the back of the venue to check out the list of appetizer specials from the Bistro. I hadn’t eaten chicken in six months, but the Korean BBQ wings made my heart stop, so I had to indulge. I also split the fish cake with cole slaw with a friend. Although we had to stand and eat up against one of the bar railings on the side (good thing digestion works better when standing), the food was delicious and satisfying. We washed it down with the Ginger Libation on tap.

Opening the night was the indie rock duo Yowler, from Ohio. Singer Maryn Jones has a soothing, delicate voice made for perfecting lullabies while she strums softly on her electric guitar. The other guitarist matched the mood, making the pair of electric guitars whisper to us instead of the normal scream. During the middle of the set, they turned experimental – a glimpse into something I wanted to explore more of – bringing to mind Jack White’s band The Dead Weather. It was short-lived, but it left me intrigued. They also covered “No Need to Argue” by The Cranberries, which was sad and beautiful. But Jones had the lyrics pulled up on her phone, and when an ad popped up, her giggle snapped us out of wanting to cry.

In between sets, the chatter picked back up. We all turned to our dates for the evening and replaced the music with conversation. The stage sat alone, with just an Orange amp waiting for San Francisco-based Thao Nguyen (of the Get Down Stay Down) to come up next.

Then, wearing a white blazer over black skinny jeans, Nguyen jumped up on stage and grabbed one of the many guitars she had lined up. Her presence alone sent everyone flocking to the previously vacant floor in front of her. “Good evening friends, it’s so good to be here,” she said into the mic. She went on to tell us that this night was “an intimate and personal evening with songs about me, performed by me.”

I have to be honest: I went to this show not fully knowing Nguyen’s musical background. But that’s the adventure of going into a show blind. I listened to Thao & The Get Down Stay Down’s 2016 album A Man Alive in advance, and I really dug the indie-alternative vibes. But that’s different from to her solo tour, which she’s named the “Impossible is Nothing Tour.”

She immediately won me over. She ripped it up as a solo act, changing guitars after just about every song. Nguyen performed a handful of songs off A Man Alive, and when she started belting out the lyrics from the song “departure” – “Fight for me in the modern world!” over and over – I realized that this could easily be the anthem of a new generation. It sent chills through me, and I felt the activist in her coming out through her music.

After each song, Nguyen told comical stories and was very interactive with the crowd. We all left there that night knowing, among other things, that as a child she had a pet chicken named Jennifer – who was ravaged by a racoon. That was the last time she “felt.”

Encore!: I also checked out the Dio show at the Waterfront in Holyoke last week. I had never seen that venue so packed in all the times I have been there. I felt like I was attending a reunion, welcoming Western Mass music scene native Andrew Freeman on his tour with Last In Line from Las Vegas.