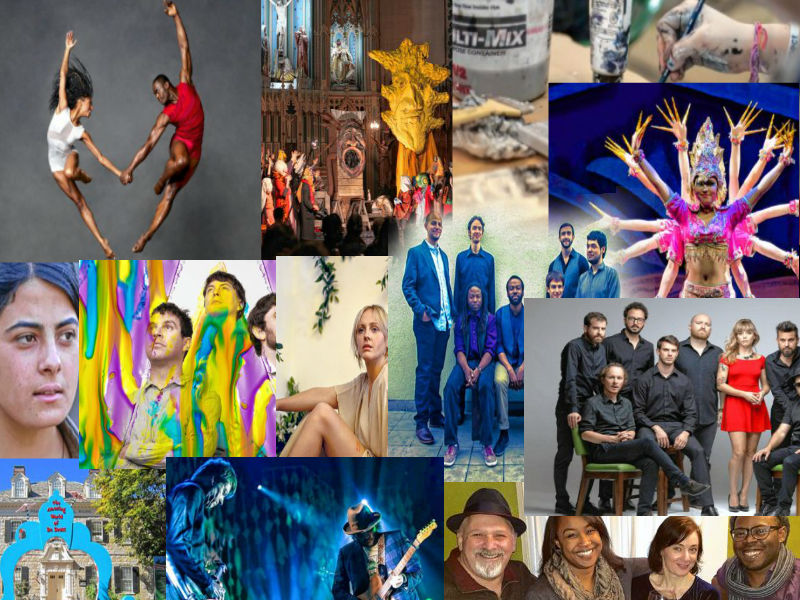 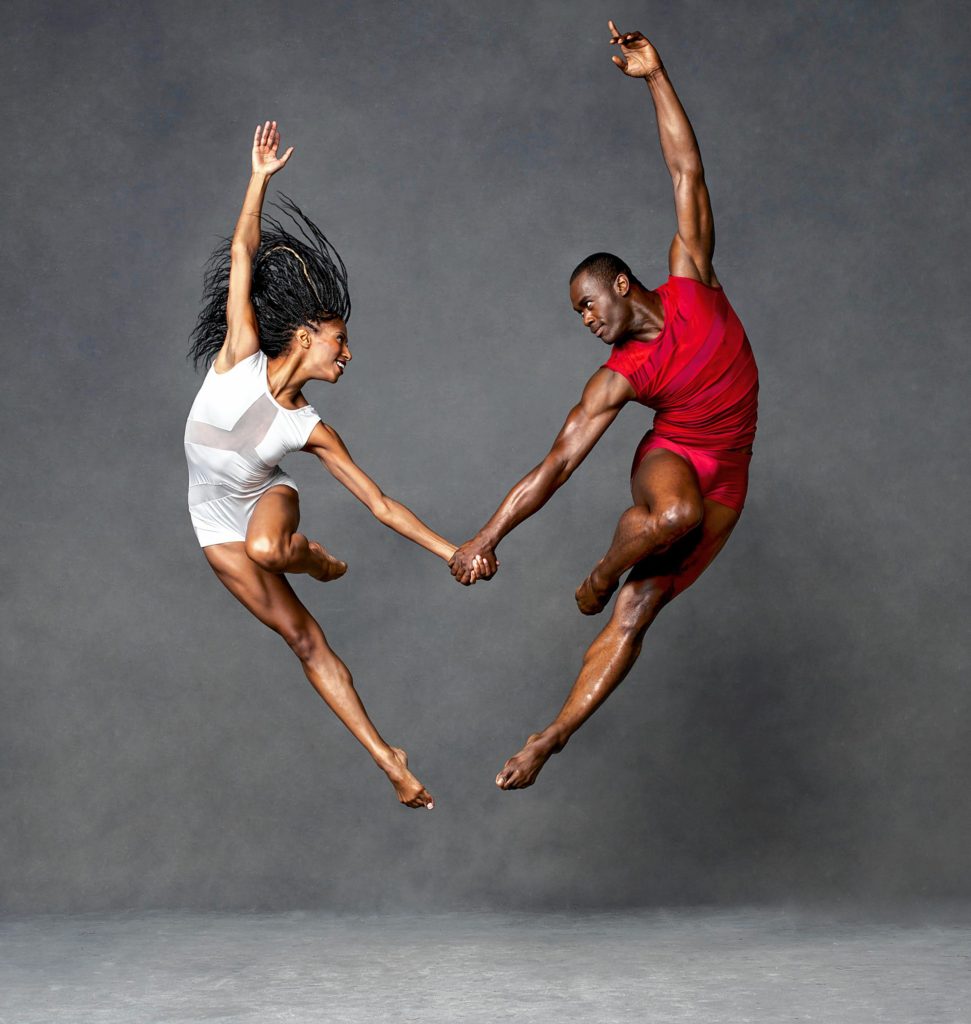 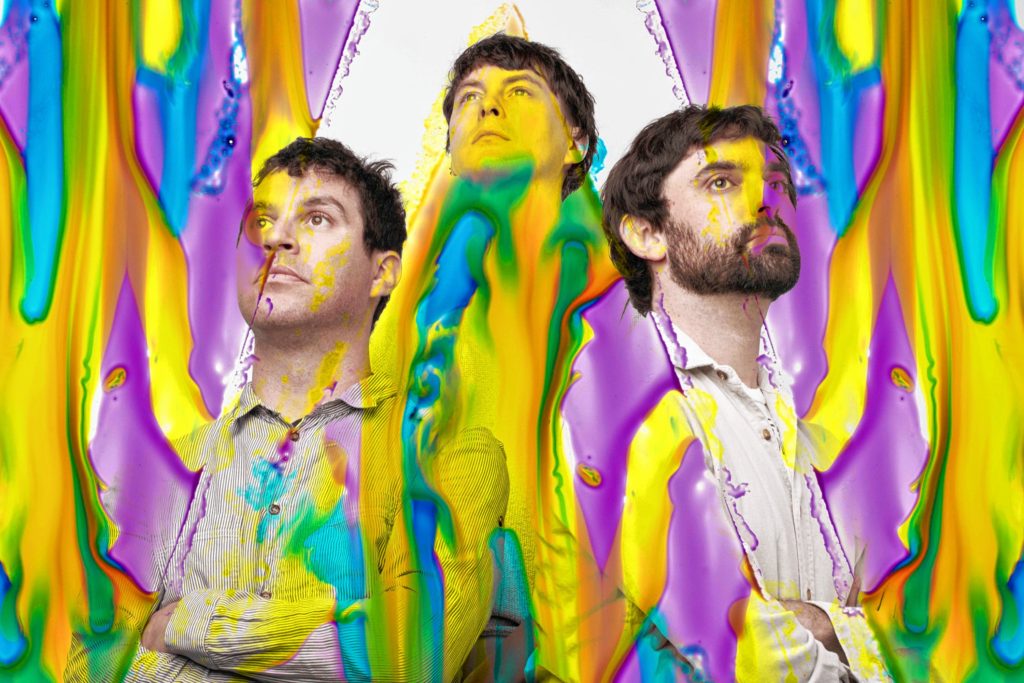 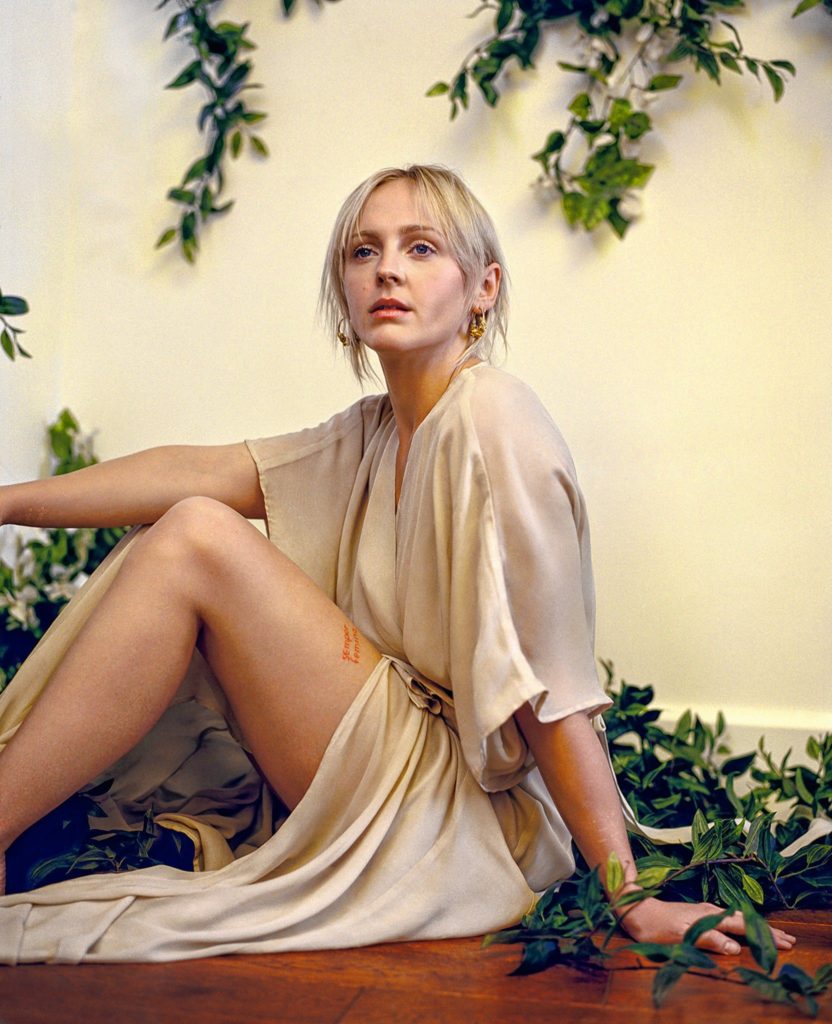 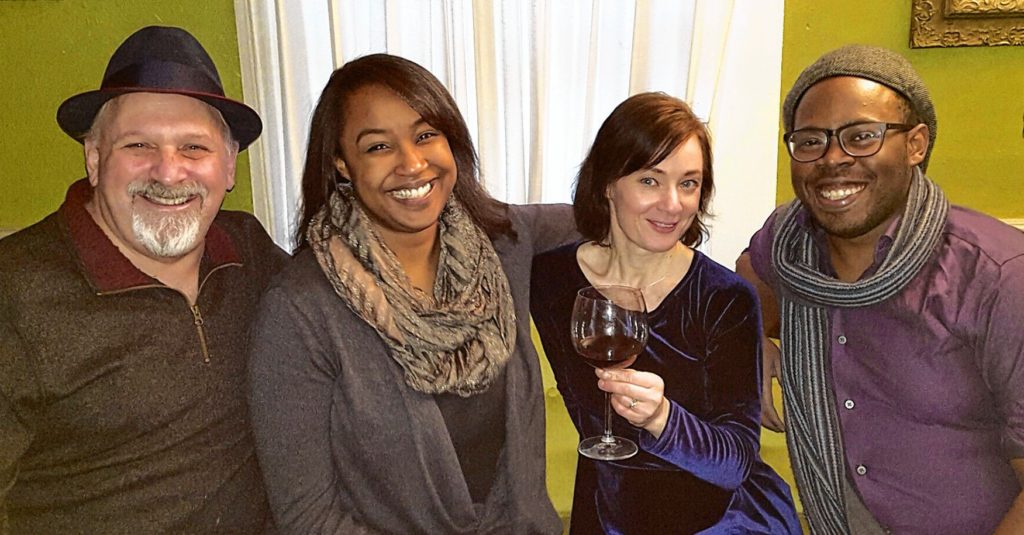 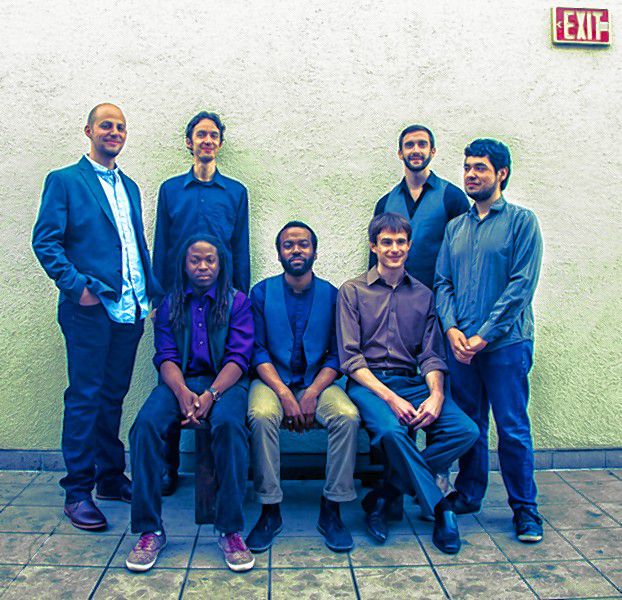 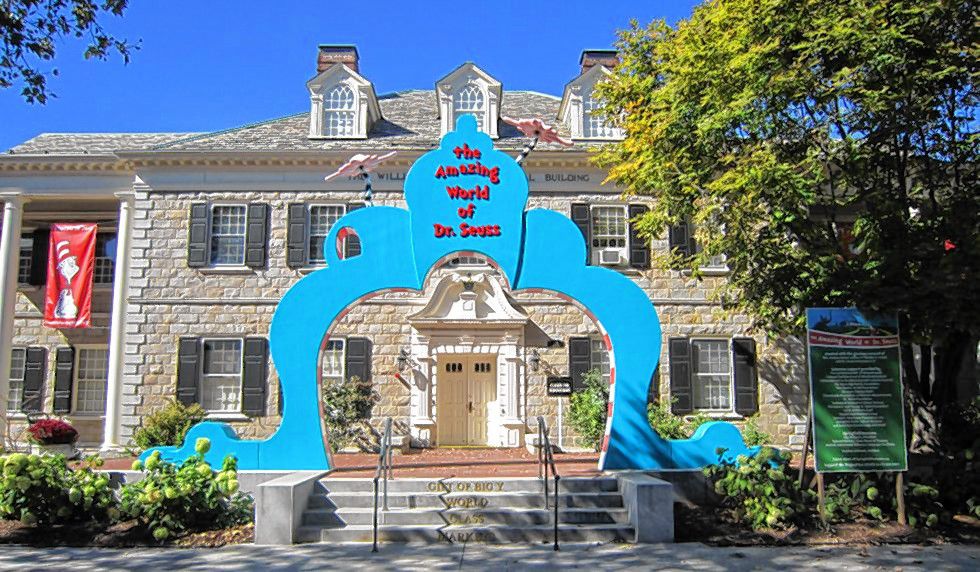 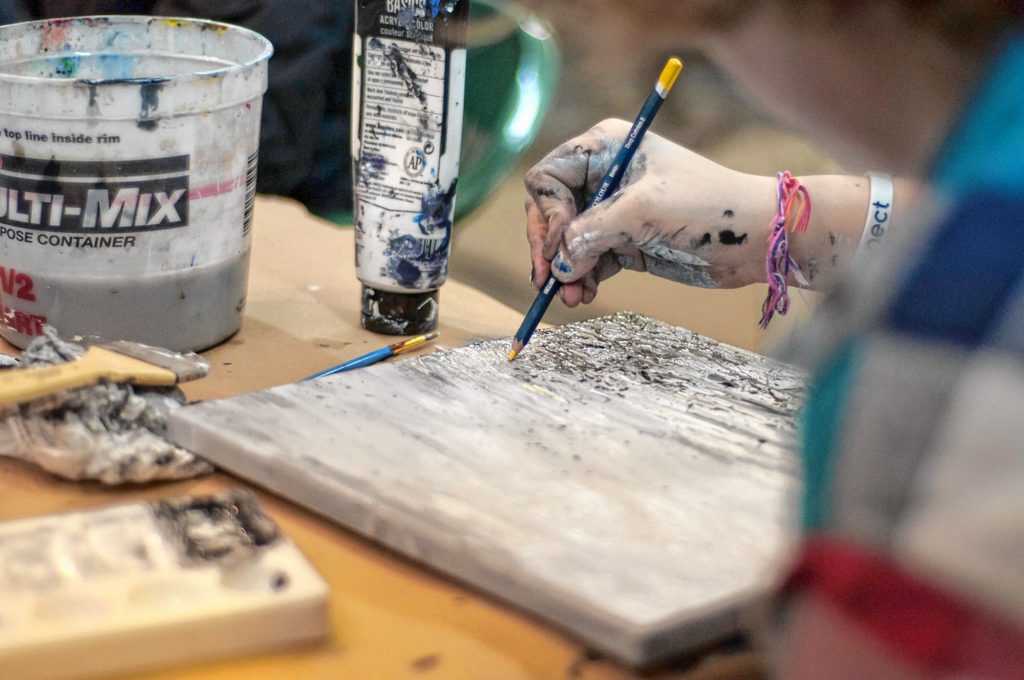 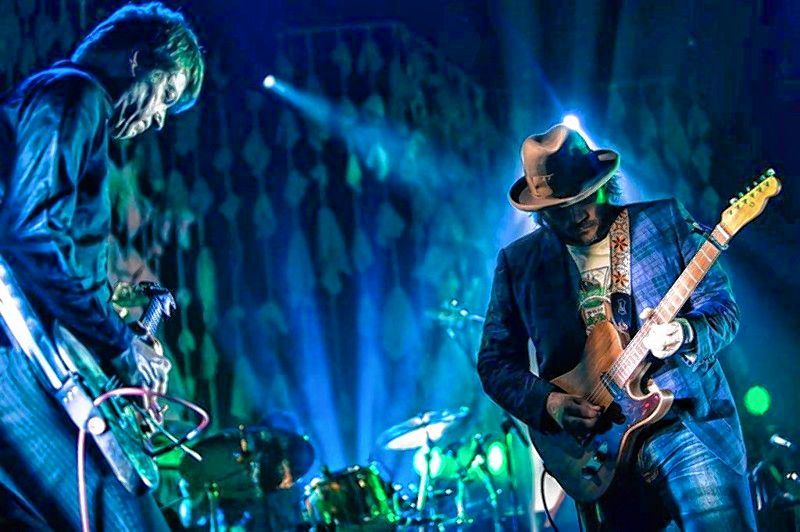 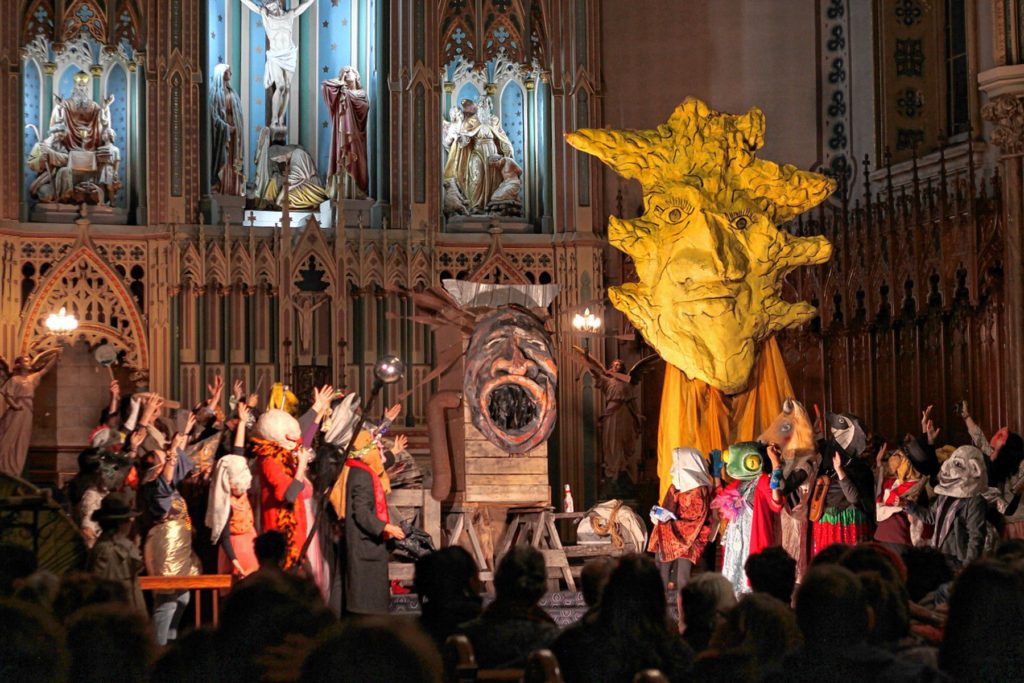 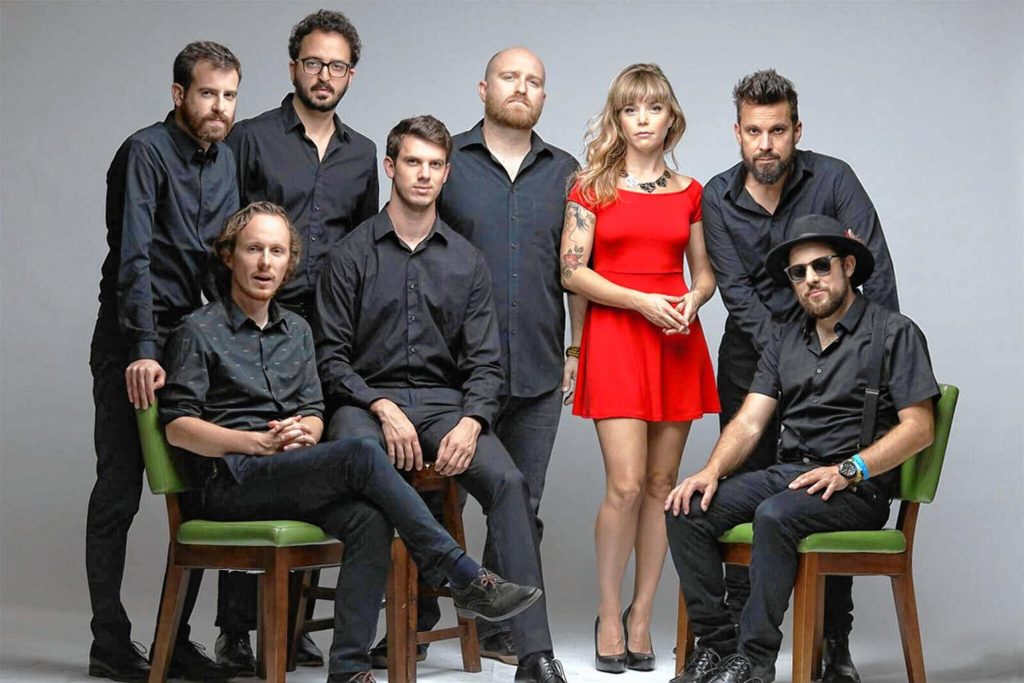 Photo courtesy of the band 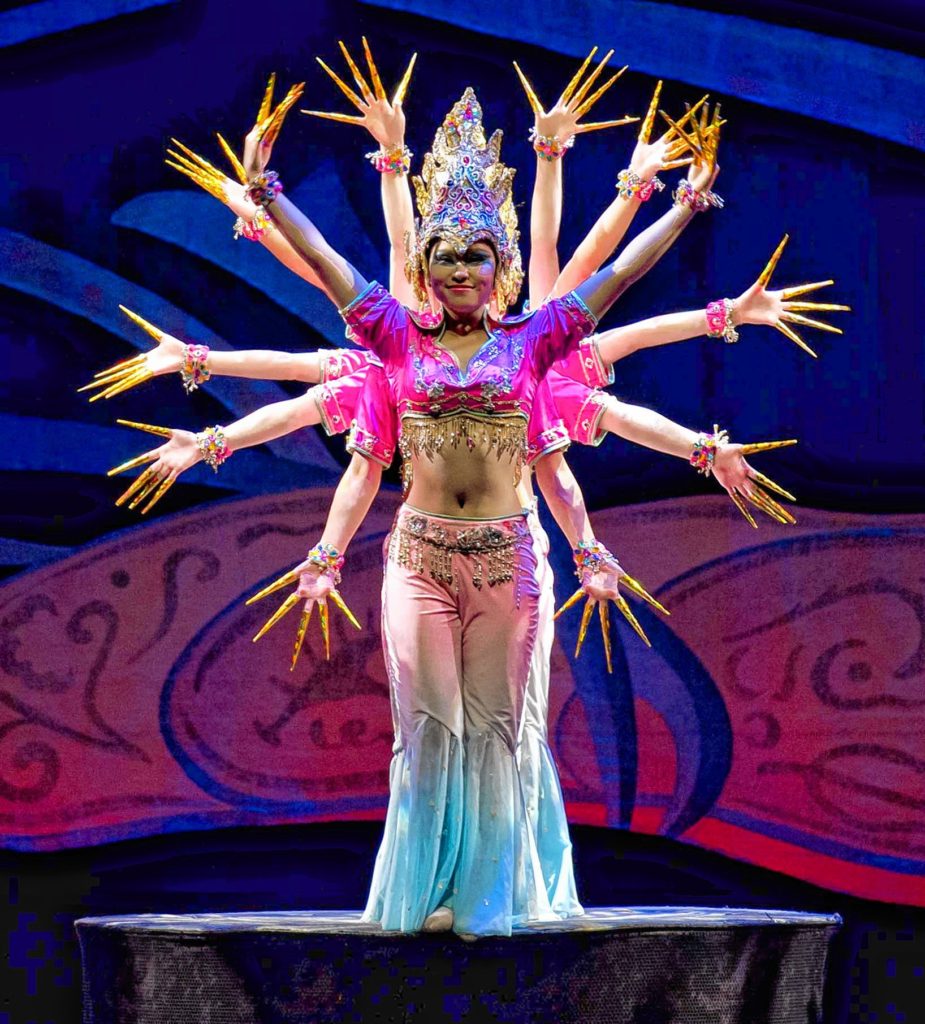 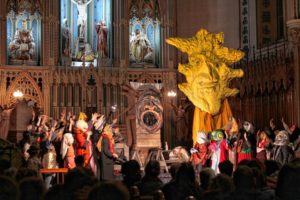 Puppets for the People

From its founding in New York’s Lower East Side in 1963 to its decades-long residence in the Northeast Kingdom of Vermont, Bread & Puppet Theater remains one of the country’s most inventive and internationally recognized performing arts troupes. The company’s instantly familiar style of street theater shows — which mix music and dance with drama, puppetry, satire, and slapstick — are always a spectacle and, inevitably, political.

This year is no different. Bread & Puppet’s weird and heady new play, called Faust 3, is a “proletarian rumination on displacement, heaven, and satisfaction in the tradition of Medieval Faust puppet shows and Goethe’s epic verse drama.” Got that?

Let’s put it this way: audiences will step headlong into a dreamlike series of scenes that warp in and out of the refugee experience, migration, friendly and unfriendly fire, factory life, prison rebellion, the transformation of food, and the adoration of the sun — complete with choral dancers, giant puppets, and a purple brass band. It may be hard to imagine such a show in advance — but it promises to be easy to enjoy, and even harder to forget. 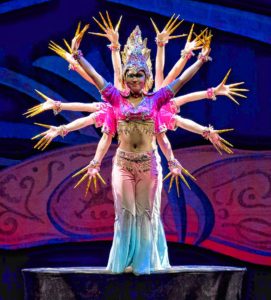 To describe the Golden Dragon Acrobats as jaw-dropping is an understatement — metaphorically, it’s more like having your jaw glued to the floor (but in an enjoyable way). The troupe of acrobats hails from China and combines traditional dance and costumes with unique and mind-bending acrobatic moves and showmanship as well as ancient and contemporary music. The Golden Dragon Acrobats are recognized throughout the U.S. as the premiere Chinese acrobatic touring company, so you can expect world-class entertainment. 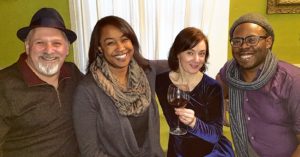 From France with Love

Silverthorne Theater Company has proved a versatile bunch in seasons past, and the group’s first of four shows in 2017 seems to prove it: a charming cabaret musical, in which Silverthorne’s actor-singers take over the fourth-floor playing space of The Arts Block in downtown Greenfield.

Jacques Brel is a breezily entertaining show set in a Parisian café, structured around the great Belgian/French singer-songwriter’s most memorable songs. Those range from love ballads and comic novelties to social satire, political commentary, and poignant memory pieces — all of them bursting with Brel’s abundant gift for melody and his heartfelt power and passion. At this café performers Stephanie Carlson, Kyle Boatwright, Jayson Paul, and Frank Aronson are the staff and regulars. We, the audience, are tonight’s patrons, freshly arrived to drink in the vivid music and track the shifting relationships between bartender Jacques, chanteuse Frieda, hostess Simone, and poet Jean-Luc. 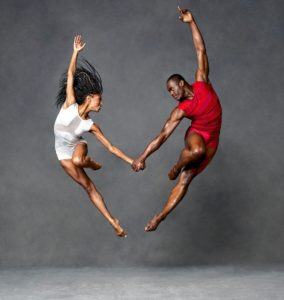 Named for the late choreographer Alvin Ailey, the Alvin Ailey American Dance Theater was born from Ailey’s belief that one of America’s richest treasures is the cultural heritage of African-Americans — “sometimes sorrowful, sometimes jubilant, but always hopeful,” he said. Revelations, one of the theater’s “Ailey II” repertoires, will be performed at UMass as well as a mix of the studio’s other works. An audience favorite, Revelations uses African-American spirituals, song-sermons, gospel songs, and holy blues to “explore the places of deepest grief and holiest joy in the soul,” according to the company’s website. The dancers’ movements are sweeping and powerful, coordinated and emotive. Without words, a new story of the 20th century is told in step and grace from a black viewpoint. 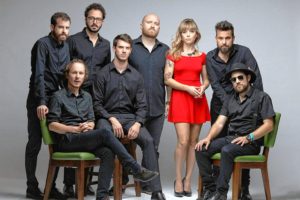 Photo courtesy of the band

The Dustbowl Revival’s name drags up images of the Great Depression and weary farms choked by drought — a barren void — but once this music hits your ears, it’s clear that whatever rut you’re in is the dustbowl, and it’s you the band is here to revive. With the power of a slow burn, the Dustbowl Revival layers jazz, gritty soul, and rock with Liz Beebe’s clever lyrics and compelling voice. She’s at her best when she lets her emotions and sarcasm peek through the vocals, like an overheard snippet from an intimate conversation. The L.A.-based eight-member band is touring to promote new music like “Busted” — a song about a cheating boyfriend that beats the hell out of Carrie Underwood’s similarly themed “Before He Cheats” — and “Only One.” On “Busted,” the sound is smooth and the horn section is fluid, clear, and hot, creating a beat that makes you want to swing what your mama gave ya. 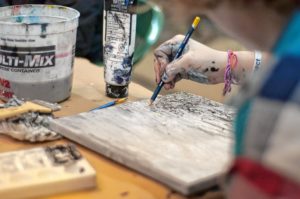 Artisans from across New England will gather at the first-ever Three Rivers Arts Community Knowledge (TRACK) artisan fair in Three Rivers, a village of Palmer. Will there be pottery? Most likely. Will there be handcrafted beauteous creations that you — our dear Advocate reader — can deck out your office desk or cubicle with, subsequently becoming the envy of your entire workplace? Oh, yeah! It’s a celebration of arts of all kinds — with music, a dance demonstration, and food vendors. Featured performances include Tony Valley and the Eddie Forman Orchestra. Better yet: it’s free admission for the whole family. 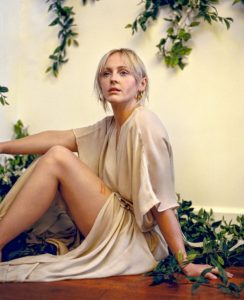 Semper Femina, or “always a woman,” is Laura Marling’s sixth and latest studio album, released in early March. Semper Femina comes from a poem by ancient Roman poet Virgil, in which “the woman is ever a fickle and changeable thing.” The work touches on topics including femininity, being a woman, and relationships among women. Marling has been performing for 10 years, but even at the young age of 27, she has an incredible ability to convey her emotions and thoughts through music. In addition to singing, Marling  plays the guitar, bass, piano, and ukelele. Her music has tangible meaning, and her shows and music are enriching experiences that Northampton is lucky to get.

The ongoing war with ISIL and other extremist groups often paint pictures of American men clad in body gear and equipped with black machine guns that contrast the tan Middle Eastern landscape. This is problematic, since the resistance to ISIL is much more diverse and deep-rooted, and Turkish filmmaker Zayne Akyol proves that in her brilliant film Gulistan, Land of Roses.

The film delves into the armed female forces of the PKK, or the Kurdistan Workers’ Party, an active guerrilla movement that aims to protect Kurdish territories in Syria and Iraq from the disruptive forces of ISIL. The film follows some seasoned fighters for the PKK, exploring their regimented militaristic lifestyles as well as taking the time to explore their personal hopes and dreams, providing a window to the largely unseen reality of female fighters in the Middle East. Filmmaker Akyol will be at the showing, as the show is a part of the ongoing Bellwether Film Series at Amherst Cinema. 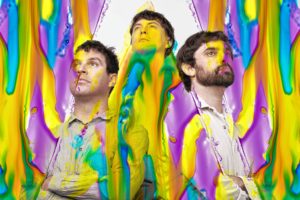 Animal Collective is a group of domesticated animals that aims to achieve freedom from their human counterparts and liberate the animals barred and stripped of their freedom at the zoo. Not really. Animal Collective is a loose group of musicians, each with their own style and solo-project (see: Panda Bear, Geologist) who work together to make music under one name. Their music lies somewhere between an ambient trail of smooth synthesizers and catchy melodies and a series of weird and nearly indistinguishable sounds, together creating an experimentally wonderful indie-pop sound that sets Animal Collective apart from any other artist today. Their shows are engaging and beautifully set, featuring lights and lasers that create a psychedelic experience, which pairs with the music in a way that sets the experience apart from the music itself. 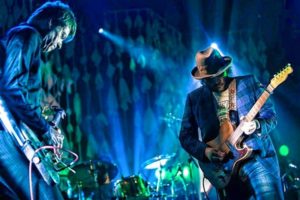 The annual Solid Sound Festival blends music and comedy with camping in the best way possible — with food, beer, and activities for kids. While camping is available, this isn’t a typical festie — leave your Urban Outfitters  swag at Coachella. The comedy will be drier than California in summertime, and the music will be powerful, moving, and packed with talent. Featured on stage this year will be the “ha-ha stylings” of John Hodgman, Michael Ian Black,  Eugene Mirman, Aparna Nancherla, Nick Offerman, and Jean Grae’s The Show Show with DJ Quelle Chris. Music acts slated are Wilco, Dave Alvin and Phil Alvin with The Guilty Ones, Jeff Parker Trio, The NEls Cline Four, The Shaggs, Tweedy, Andy Shauf, Big Thief, and Deep Sea Diver. 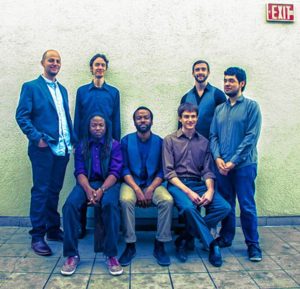 Jazz: The Next Generation

If you haven’t heard of the holophonor, bless your old-world heart. The instrument, created for the television show Futurama, is an invention of the 30th century. Resembling a cross between an oboe and a holographic projector, the holophonor displays floating images as it’s played — images that relate to the tone of the piece and the mood of the musician.

Sadly, we’ll have to use our imaginations until then. But the young jazz collective named after this device are up-and-coming masters of evocation, and we expect that their Holyoke show will make a colorful splash. Holophonor plays tight arrangements while allowing for improvisational freedom, and the band features original music from each member of the group: Mike Cottone on trumpet, Josh Johnson on alto saxophone, Eric Miller on trombone, Miro Sprague on piano, Dave Robaire on bass, and Jonathan Pinson on drums. These players met in 2012 after attending the Thelonious Monk Institute of Jazz Performance at UCLA, where they studied under Herbie Hancock and Wayne Shorter. Their first record is expected this fall. 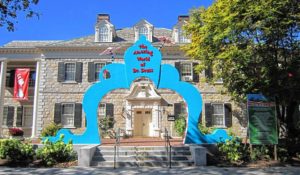 The greater world of Dr. Seuss is about to come to life at Springfield Museums with a new multimillion dollar museum dedicated to the Springfield native himself: Theodor Geisel, a.k.a. Dr. Seuss. There will be life-sized sculptures of classic Seussian characters such as Horton the elephant, Thing 1 and Thing 2, and of course, The Cat in the Hat. The museum has two floors — the first will focus on children and feature interactive learning exhibits, such as a replica of Geisel’s childhood home and his grandparent’s bakery. The second floor of The Amazing World of Dr. Seuss Museum will be a recreation of Dr. Seuss’ studio, complete with historic memorabilia like illustrations, letters, more than a hundred bow ties, and the actual pens and pencils Dr. Seuss used to create his Seussian vision.