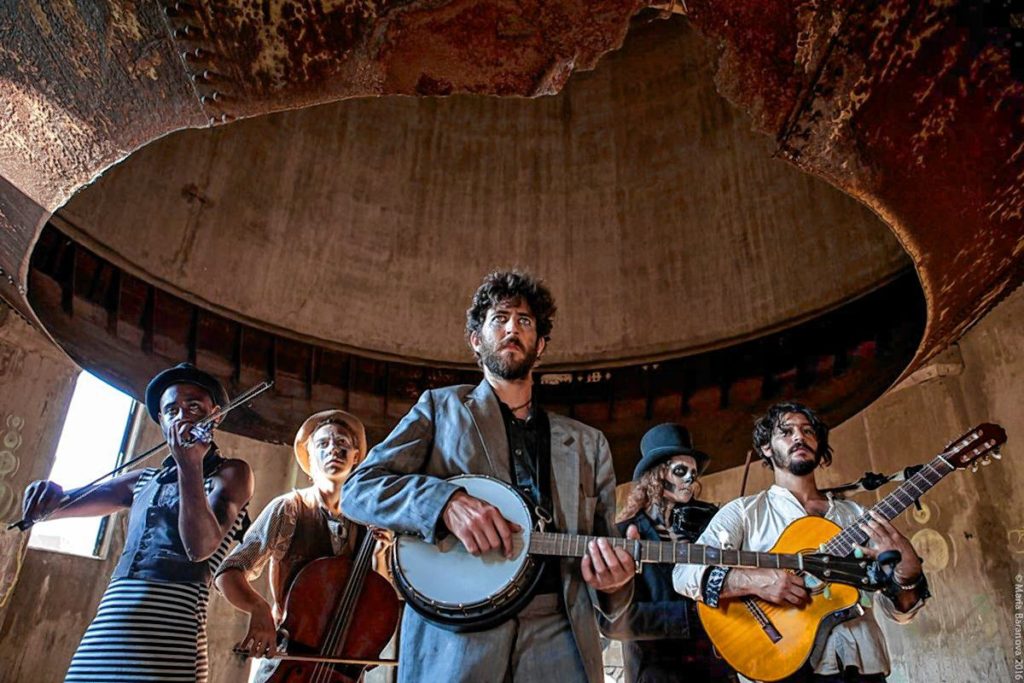 The Tribe That Quests

In recent years, ensemble theater group Children of the Wild has managed something nifty: the full integration of the musical band dynamic into their touring acts. Music and theater fused completely in the show The Wastelands, an original experimental folk opera inspired by Dante’s Purgatorio that toured the Great Lakes region from June to October 2016, taking over real-world settings like abandoned factories and overgrown shipyards to tell stories of grief in a time of violent political and environmental unraveling. For audiences on the heels of Dante and Virgil, that meant reckoning with the effects of sexism, racism, homophobia, queer-phobia, colonization and colonialism, and classism. Heavy stuff, but captivating when staged so creatively, and on such strange shores.

Now, they’ve come full circle. Having learned from that six-month tour, Children of the Wild returns to the foothills of Western Mass. On Saturday, the Ashfield Lake House hosts an evening of storytelling, film screening, live music, and conversation.

Nightfall brings the release of the Wastelands music album as well. The Wastelands opera is led by a full, original operatic score composed and arranged over more than three years by artistic director Walken Schweigert, using lyrics drawn from Dante’s Italian text. Musically, The Wastelands draws influences from klezmer, Americana, classical, noise, post-rock, and metal. The opera is orchestrated live by the ensemble with violin, banjo, accordion, glockenspiel, and cello.