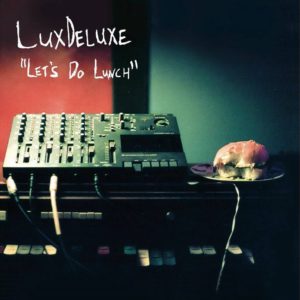 The latest release from these Northampton rockers is a pretty straightforward affair. In fact, the album’s opening track, “Intro,” even welcomes listeners and lists each band member’s name in succession.

Ned King, Jacob Rosazza, Gabriel Bernini, Caleb Rosazza and Jake Edwards, have seen their collective profile rise over the past few years playing sold out shows, earning the song of the year (“So Far Away”) title on WRSI, and opening for none other than Bernie Sanders at a rally held at the Mullins Center in Amherst. But it’s the group’s continued refinement of a classic sound that still garners the most notice.

That sound, once described by former Advocate writer James Heflin as, “solidly delivered, exuberant pop music that draws from the sounds of several decades ago,” is on fine display throughout “Let’s Do Lunch.” Album single “Keep Your Distance” rides some bubbling bass over its sub-two minute run time, while “I’m Goin’ Fishin’” features a tasty, extended guitar solo. “Baby Whatcha Feelin’” conjures the same vibe John Fogerty and company once dredged up from the bayou, and “Hey Girl” resembles a take on some lo-fi indie rock with just vocals and a couple of guitars making up the mix.

The mere existence of such a variety of tunes on one record is a testament to LuxDeluxe’s craftsmanship, especially given that the tracks were recorded live by the band on a Tascam Portastudio four track cassette recorder, which was set up in the group’s rehearsal space. Outtakes from the recording sessions are even included on “Let’s Do Lunch” via “Interludes,” a song-length medley of music snippets, studio chatter and unfinished ideas, some of which beg to be expanded upon. But if all this creativity and experimentation doesn’t sound the least bit straightforward, hear me out.

The members of LuxDeluxe know exactly what they’re doing. By marching from start to finish to a steady, rhythmic lockstep groove “Let’s Do Lunch” is a complete album experience. The record begins with “Intro,” and ends with “Goodnight” – a clear beginning and a logical end. In between are songs that push and pull at different emotions without overshadowing one another or feeling out of place. There’s time for nods to classic sounds. There’s time to expand, fly free, and try new tricks. There’s even a section (“Interludes”) acting as an outlet for this overflow of ideas. But the proceedings work best as a cohesive whole.

In a recent interview, Bernini said, “We wanted the record to represent our influences and the music that we’re most comfortable with. It’s definitely a return to form for us. It’s the music we grew up on and still listen to and it’s what we do best as a band.”

Enjoy the ride. Just don’t forget to start at the top.