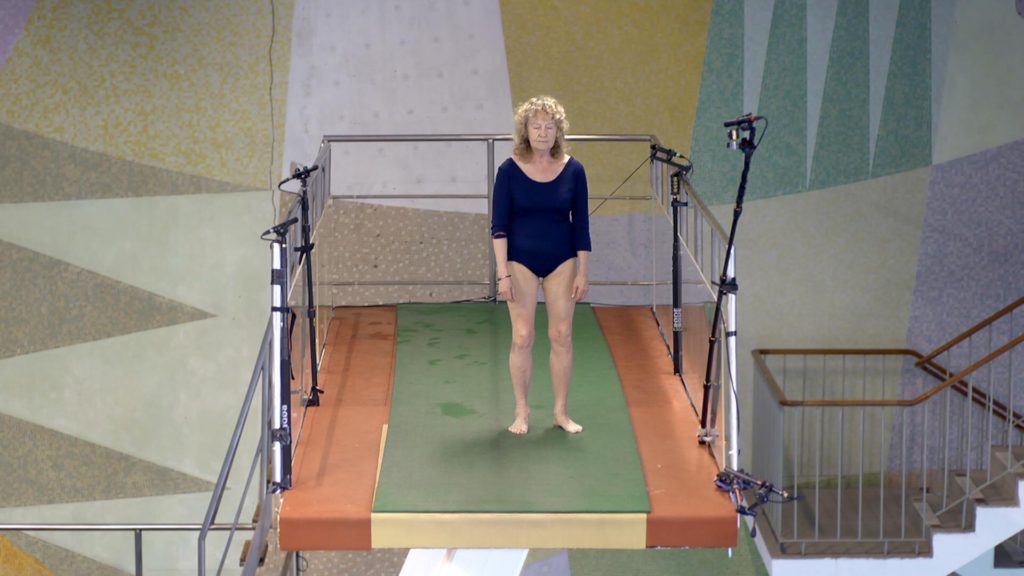 Like so many of my middle-aged compatriots, I seem to have adopted food as a new hobby. Not cooking, necessarily — quite a bit of this particular enterprise is taken up simply by watching other people cook, it turns out — but eating, at least. And what I’ve come to realize about myself is that I’m addicted to those smallest of plates, the hors d’oeuvre. My dear mother-in-law may work for half a day assembling a Thanksgiving feast, but the truth is that I’d be just as happy with a bowl full of her bite-sized Roquefort popovers.

Part of the appeal, I think, is that these are flavor bombs — meals in microcosm, where tastes are mixed and melded to delight in small bursts. And if that popover isn’t quite what you wanted, well, there are a half dozen other options to choose from. And so it is with another favorite thing: short films. Rarely seen in isolation due to the realities of film programming, short films today are usually seen in groupings of a half dozen or so, giving audiences a chance to sample fare from across a wide swath of cultures and styles without ever feeling overstuffed.

This week, Amherst Cinema offers an eclectic menu when it plays host to Glimpses: Shorts From The Camden International Film Festival in Maine. Featuring five films from the U.S., U.K., and Sweden — but with stories ranging from China to Syria to South Africa — the screening (which is free to Amherst Cinema members) will also feature an appearance by CIFF Executive Director Ben Fowlie.

At least one of the films may be familiar to anyone with a Facebook feed. Hopptornet (Ten Meter Tower) is Maximilien Van Aertryck and Axel Danielson’s 2016 look at humans in a moment of doubt. To make it, they used an online ad to recruit 67 people, all of whom met a particular requirement: that they had never been on a ten-meter diving tower. The filmmakers then paid all of their participants about $30 to climb the tower and walk out on the board, leaving it up to them whether they would jump or climb back down the ladder.

The result — filmed with six cameras — will make your palms sweat. Watching these nearly naked fellow humans try to talk themselves into making the leap, watching them as they wrestle with their deep-seated animal instincts — and occasionally make excuses to those watching from below — is utterly fascinating, not so much for whether or not they end up taking that giant step, but because of how strongly we feel the pull of the void ourselves. We may be sinking deep into the cushions of our stadium seating, but in the pit of our stomachs we are all up on that diving board.

Other films in the show include Balloonfest, a quick take on the city of Cleveland’s attempt to transcend its “Mistake by the Lake” nickname; Commodity City, an observational documentary that looks at the lives of the vendors working in the Yiwu Markets of China (the largest wholesale consumer market in the world), and A Man Returned, Mahdi Fleifel’s half-hour telling of the story of Reda, a 26-year-old whose dream of escaping the Palestinian refugee camp of Ain El-Helweh was dashed when he found himself trapped for three years in Greece. Returning to the camp with new troubles — a heroin addiction and the advancing war in Syria — he makes a bittersweet decision in hopes of moving his life forward.

A closer look at the conflict in Syria is on display in My Aleppo, director Melissa Langer’s film about the Abdullah family. After fleeing their home ahead of the civil war, they settle in a one room apartment in Pretoria, South Africa. From that remote land, they stay in touch with those left behind via Skype, watching, as long as the wi-fi lasts, while the landmarks of their lives are blown apart, and the family and friends that remained in Syria are drawn into the conflict, and forever changed.

Also this week: Holding Hands with Ilse has its area premiere as part of this year’s Massachusetts Multicultural Film Festival, held at UMass Amherst. The film chronicles director Abraham Ravett’s search — armed with only a small photo and a first name — for the German teenager who cared for him in late 1940s Poland. Ravett will appear at the free screening, which takes place on Wednesday, April 19 at 7:30 p.m. in Flavin Auditorium on the UMass campus.