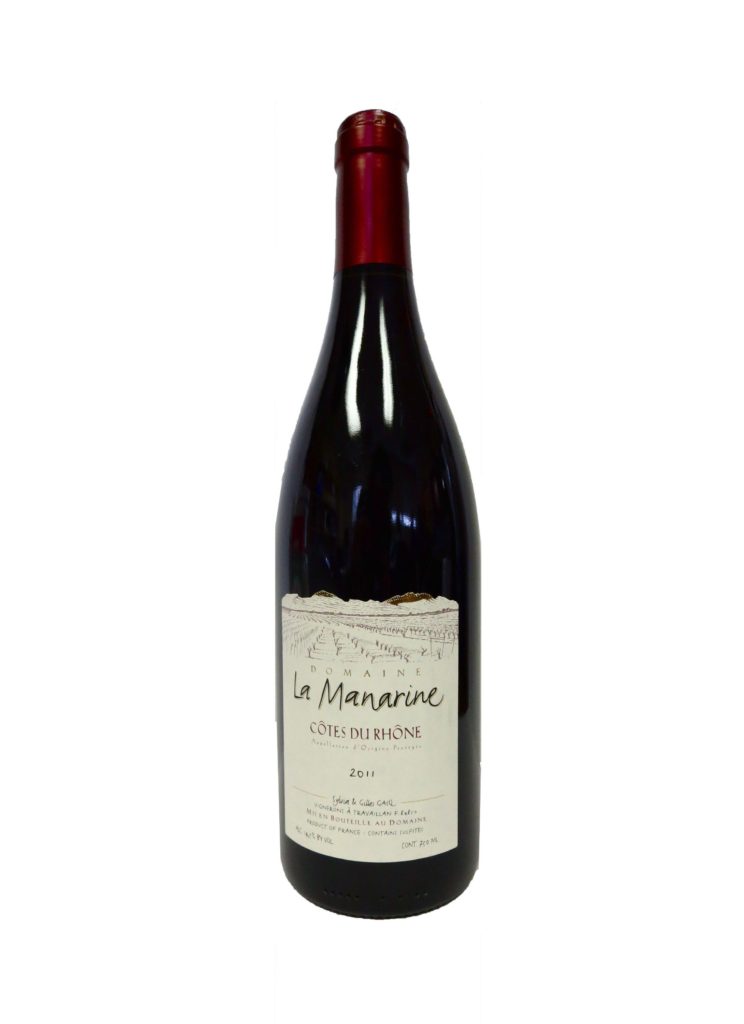 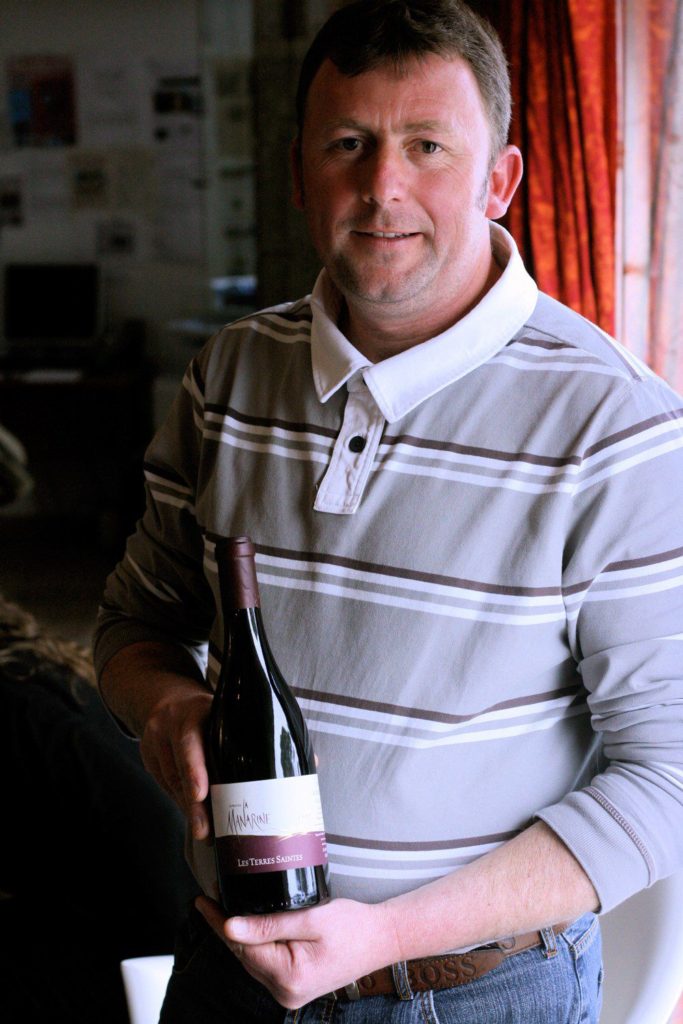 In the world of wine, Domaine La Manarine is a relatively minor player — about 89 acres of vines, 60,000 bottles of wine a year — and that’s a good thing.

Good, because the wines made there by owner Gilles Gasq are well-crafted and a great value, and they reflect the character and attention to detail of other small, family-owned producers in the Rhone region whose wines sell for a lot more.

Gasq purchased the vineyard, located in the tiny village of Travaillan in southeast France in 2001 after honing his skills under the tutelage of acclaimed Chateauneuf du Pape winemaker Paul Jeune.

With an eye on terroir, Gasq bought the winery and 20-year-old vines producing mostly Grenache Noir, the dominant grape of the region. He was attracted not only to the name of the area where the vineyards are located — “Le Plan de Dieu” (“the plain of God”) — but also to the clay soils with smooth limestone pebbles and the Mediterranean climate, hot and dry with the rains coming in the form of thunderstorms in August and September, just in time to fatten up the grapes for harvest.

Gasq has been practicing organic viticulture since 2011, and he has been planting white grape varieties and Syrah used for making the Domaine’s Cotes du Rhone Blanc and Cotes du Rhone Rose wines.

The Rhone River Valley is about 125 miles long and stretches through eastern France from Saint-Cyr-sur-le Rhone in the north to Avignon near Domaine La Manarine on the southern end. The Cotes du Rhone appellation was created in 1937 as a catch-all title for good quality wines from the region. Although they don’t have the prestige of some of the area’s more famous names — Chateauneuf, Cote Rotie and Hermitage — some Cotes du Rhone wines are extremely high quality and command prices of more than $100 per bottle, according to Wine-Searcher.com.

The region’s climate ranges from cooler in the north, where the wines are more structured, to hot and dry in the south, making those wines richer and brighter with a higher alcohol content, the website says.

La Manarine, which is a smooth and rich red wine with 14 percent alcohol content, is made from 100 percent Grenache Noir grapes harvested in mid-to-late September. The juice from the crushed grapes is fermented with indigenous yeasts and aged for more than a year in stainless steel tanks and then in bottles for a few months before going on the market.

The process produces a wine that is very aromatic with dominant “garrigue” aromas of juniper, thyme, rosemary and lavender and ripe fruit flavors. The tannins are soft and balanced. There’s lots of character and originality, but the wine is still rustic, Gasq says in his tasting notes.

La Manarine is imported to this country by the Mad Rose Group, a New York City-based offshoot of Rosenthal Wine Merchant, which was started by partners Neal Rosenthal and Kerry Madigan in 1977 as a retail store. The company shifted its focus early on to become a fine wine and specialty food importer, and now carries wines from 100 different suppliers from the major wine-producing districts of Europe, the company’s website says.

From the beginning, Rosenthal and Madigan set the objective of working directly with growers who were dedicated to producing small quantities of fine quality wine and who had a passion for terroir and making wines that are influenced predominately by the vineyard rather than the hand of the winemaker from grapes grown as organically as possible.

This wine is a faithful companion during the colder months, but it’s also a good choice this time of year, when spring is struggling to break through the snow and ice. La Manarine is an excellent wine with grilled leg of lamb, and it was a fine match with chicken roasted with rosemary.

If you can’t find La Manarine at Pioneer Valley stores, ask your wine merchant to order it. It’s well worth the wait of two or three days for this very good wine. It retails for $13.99 and often goes on sale for a dollar or two less.