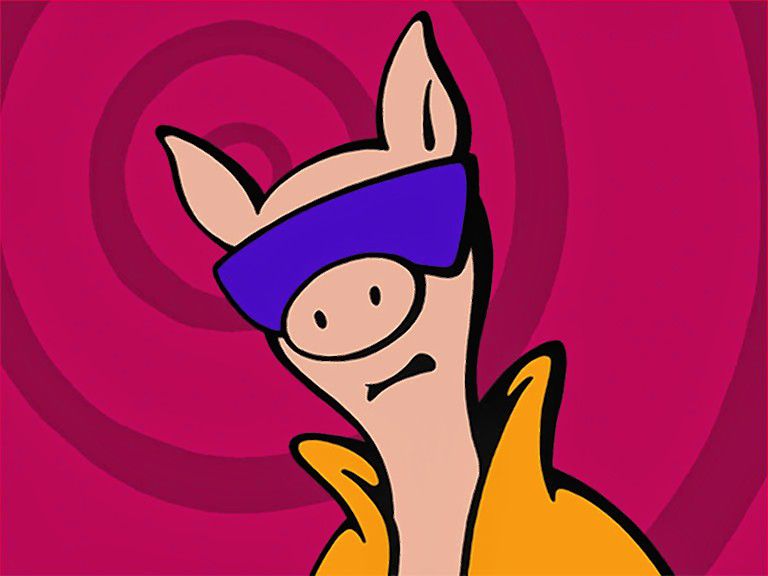 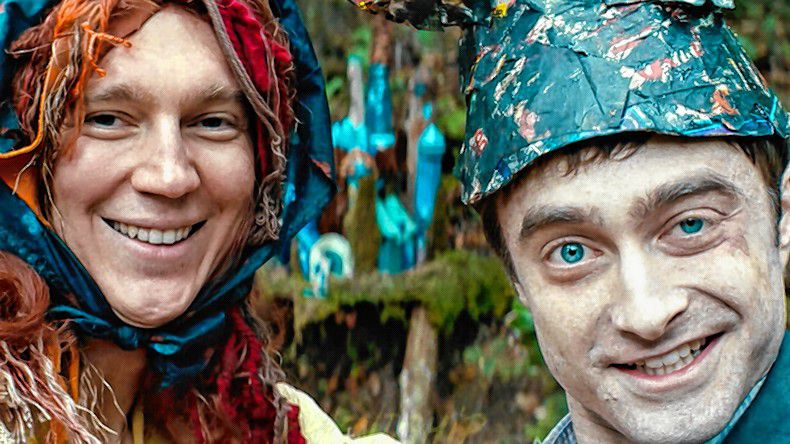 It’s 4/20, and whether you consider today a national holiday or just a chance to gather some friends and smoke, you’ll probably end up watching something. Thankfully, now that it’s no longer the ’70s, stoners can open Netflix or YouTube and watch something unique and outlandish, instead of just staring at a psychedelic Grateful Dead poster.

Some high wisdom is obvious. For instance, if you’ve eaten an edible and you’re wondering whether or not you should eat the second one while you wait for the first one to kick in, consider this your sign from the universe: don’t. Other guidance is less clear, like what you should watch to expand your mind without prodding your paranoia or getting bummed out.

While there are some key Mary Jane media staples — nature documentaries, Broad City, The Big Lebowski — I’m going to offer you some shorts, series, and films that deserve a spot in the cannabis canon, ranked from most normal to most insane.

Getting Doug with High — “Jenny Slate” (2013; Doug Benson; VPN) — YouTube Comedian Doug Benson hosts this video podcast, where in each episode he gets high and hangs out with a celebrity during a live recording. Though the show is now pushing 150 episodes, I recommend starting with the pilot, if only for the sheer delight that is Jenny Slate. The long episodes will fly by if you smoke along with a friend, and, at the end of each installment, you get to see a magician perform a trick for his dumbfounded audience. 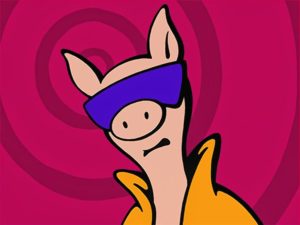 Batpig (1997; dir. Sabne Huber; FILM BILDER) — YouTube This is really a plug for the entire Studio FILM BILDER YouTube channel, as the German animation company has churned out countless incredible visuals ranging from morose and poignant to vibrant and silly. They also created the animated sequences for one of my favorite films of all time, Run Lola Run. Batpig is an off-kilter children’s cartoon about an unlikely superhero. Full of bright colors and adorable German voice acting, this short is sure to please all viewers, whether baked or not.

Night Stalker (2015; dir. New Media Ltd) — Vimeo To quote this short’s amazing description in the 2016 SXSW program: “THE NIGHT STALKER WILL POISON YOUR TOGO FOOD AND CHANGE YOUR FACE TO PLASTIC ANS DESTROY YOUR LIFE!!! YOU WILL WATCH THIS FILM AND THEN COME HOME AND YOUR DOG WILL BITE YOU BECAUSE YOU ARE NOT THE SAME! NIGHT STALKER!! NIGHT STALKER!! NIGHT STALKER!!!!!!” (Yes, the all-caps and typos are theirs, not mine.) This karaoke monster movie slips between reality and trippy animation so seamlessly that it’s requisite 4/20 viewing — even though it will really put you off of Chinese takeout as a solution for the munchies. 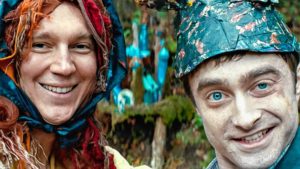 Swiss Army Man (2016; dirs. Daniel Kwan & Daniel Scheinert; A24) — Amazon Prime Time to come clean: when I first saw the trailer for Swiss Army Man, I thought it was going to be the stupidest film ever created. The movie follows island castaway Hank (Paul Dano) as he recovers and reanimates a corpse named Manny (Daniel Radcliffe). The two discover that Manny has magical properties: he coughs up endless streams of fresh water, his erections act as a compass, and his farts are so powerful that his body can be used as a speedboat. BUT HEAR ME OUT — this is a surprisingly poignant movie about shame and depression, and it is hands-down one of the most extraordinary films I’ve ever seen. I honestly can’t recommend this one enough, and it feels like a fitting addition to this column, since it might only be possible to really understand this bizarre tale while high.

If you revel in weirdness, or want to see something unlike anything you’ve ever seen before, feel free to use this list as a jumping-off point. These titles are sure to make your 4/20 memorable — unless you forget everything afterwards.