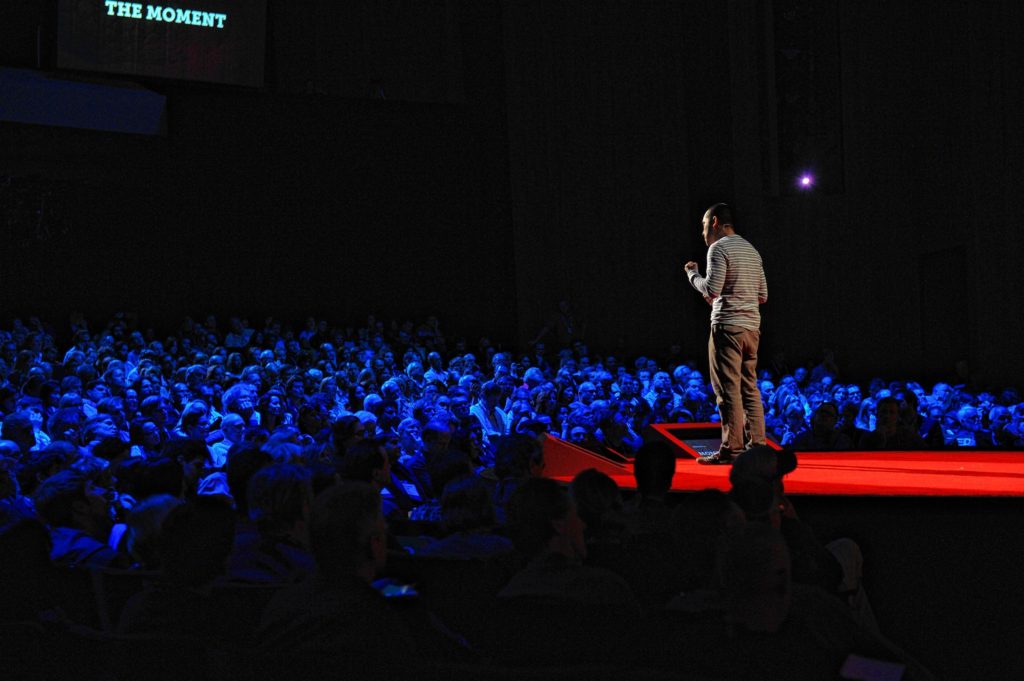 TED talks — the bite-sized presentations given at the organization’s annual Technology, Education, and Design conference — have become an oddly popular cultural phenomenon. At once elitist and public-spirited (a standard conference membership will run you 10 grand, yet thousands of the famous talks are available for free on TED.com), it has become a sort of intellectual snack food, shared on social media with attention-grabbing titles like “Brain Magic” and “10 Things You Didn’t Know About Orgasm.” Indeed, their tagline is “Ideas Worth Spreading.” With these talks, there is always a whiff of infomercial in the air.

Yet that cultish tone can’t overshadow the fact that there are often some head-turning ideas on display. In the end, the most important parts of a TED talk can often be distilled to just a few small nuggets of insight, with the presentation itself being a dog and pony show designed to hook fickle viewers before they can switch to something else. And there’s no denying that it works.

This week, local Cinemark theaters give filmgoers and TED-heads the chance to experience part of the famous conference live over the course of a two-night event. Things get underway Monday night at 8 p.m., when TED2017 Opening Night kicks off the week-long conference. For two-plus hours, the live stream will feature talks and performances from chess legend Garry Kasparov, futurist Anab Jain, and musicians OK Go, among others.

The following night, Serena Williams takes the stage along with choreographer and educator Lil Buck, surgeon Atul Gawande, and Liberian-born healthcare advocate Raj Panjabi. Panjabi, whose Last Mile Health organization has taken on the monumental task of creating a new healthcare paradigm (by training community health workers in the country’s most remote areas) in war-devastated Liberia, is the winner of the million-dollar 2017 TED Prize.

Another meeting of film and talk is happening at Amherst Cinema this week, where the theater’s Science on Screen Film Series makes a return engagement. This installment of the series — which pairs a (not always explicitly scientific) film with lively talks by experts in science, technology, and related fields — features Before the Flood, director Fisher Stevens’ 2016 documentary, produced with Leonardo DiCaprio and Martin Scorsese, about DiCaprio’s experience as a United Nations Messenger of Peace.

In that role, the actor traveled to five continents and the Arctic to witness the changes brought on by climate change. Over the course of the film he meets with world leaders and delves into the world of politicians who continue to claim that climate change, at least as put forth here, doesn’t exist. Perhaps the most interesting tidbit of all, though, is the revelation that Hieronymus Bosch’s topsy-turvy, wildly ribald 15th-century triptych The Garden of Earthly Delights hung over the infant DiCaprio’s crib.

Before the Flood will be introduced by the Rev. Margaret Bullitt-Jonas and Prof. Scott Jackson of the Department of Environmental Conservation at UMass Amherst. Bullitt-Jonas is an Episcopal priest and author, and a founding member of Massachusetts Interfaith Coalition for Climate Action. Whately resident Jackson has been involved in conservation work for over 25 years at the local, state and national levels and previously served with the Massachusetts Natural Heritage and Endangered Species Advisory Committee. Discussion will focus on the roles that land conservation and faith communities can play in fighting climate change.