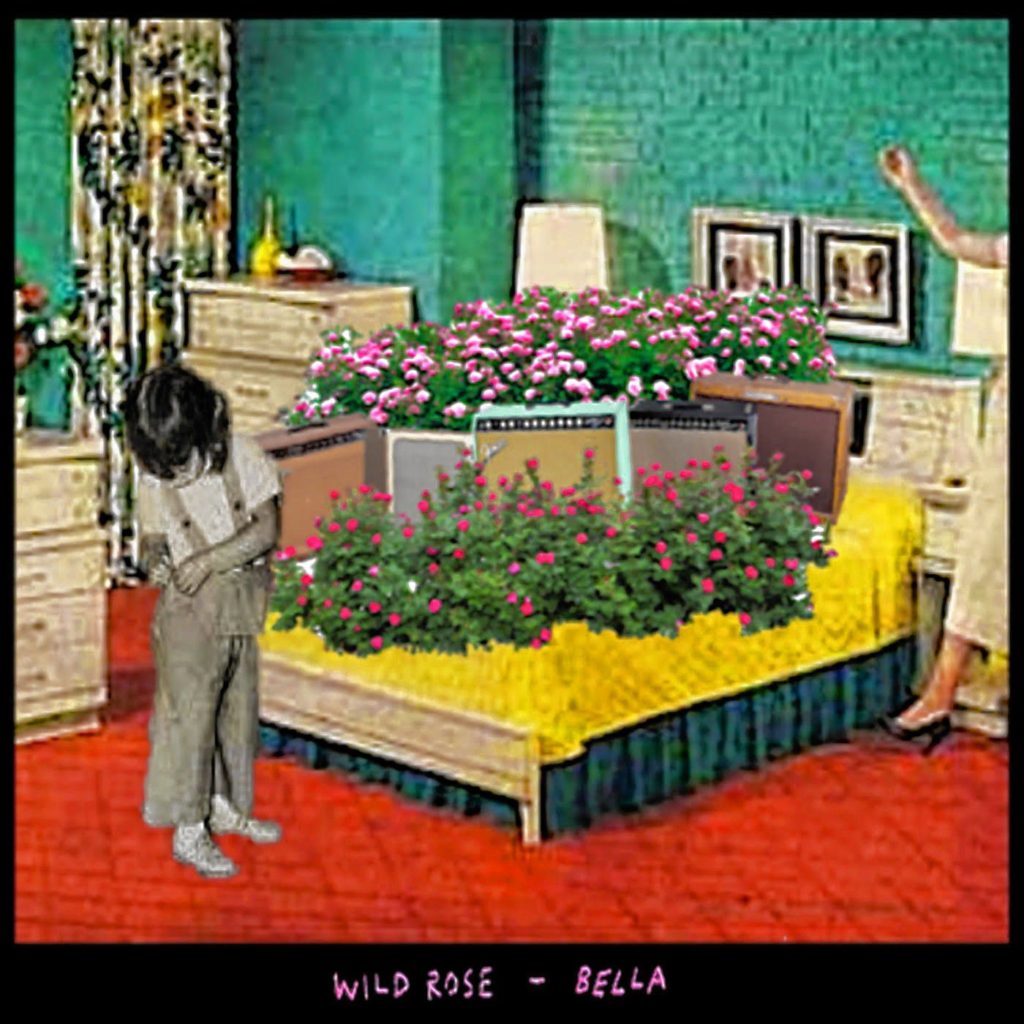 Bella Ortia-Wren, who goes by just “Bella” on stage, plays a blue Fender Mustang, a small-bodied guitar with single coil pickups, that sounds shimmery and crisp through a few hot-tempered distortion boxes. Decadent chords cut through creating a wild, untamed haze which is the foundation for Wild Rose , their new album to be released on Bandcamp later this week. 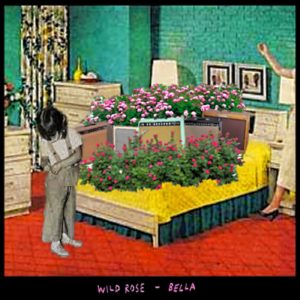 Ortiz-Wren is a senior a Marlboro College in Vermont and plays frequently in both southern Vermont and Western Mass. They is originally from Puerto Rico.

The first track, “Dancing Bruise,” opens with a lackadaisical strumming pattern, which would make sense strummed on an acoustic by the lake, but the Mustang makes the last chord of the progression cascade into a whirlwind of sound that defines Ortiz-Wren’s style. Another characteristic is the keyboard overdub, a brief melodic phrase, which sits just underneath the guitar in the mix, yet pushes against it as if they’re, well, dancing with one another, not unlike their low, brooding, tender and full voice.

But perhaps what is more evocative of Ortiz-Wren’s music are the lyrics. The title of the song — “Dancing Bruise” — encapsulates their astuteness as a writer: here, the bruise is the physical manifestation, or even the price, of dancing — often a joyful activity. The song is able to appreciate the beauty of a bruise and the pain we must experienced in order to feel joy, pleasure, or merely exist. The same song conveys a similar tension when they croon “you’re always skipping when you’re bleeding,” and later, “you’re always singing when you’re leaking.”

This theme — our physical selves inspiring emotions — works well as both a writing device for Ortiz-Wren as well as a template for conveying different parts of themself. The image of mercury running down their spine appears on two tracks, or a lyric on “Bend Home,” when they sing “keep it in your backbone/ feel it when you bend home.” Likewise, on “Kissing You,” they admit they don’t “feel it like you do.”

The third track, “Abbey,” is about someone named Abbey who “makes jewelry to keep it together.” That jewelry “sits where the skin hurts” and “Abbey’s copper struck after being bent so much.” Here, again, is the physical limit of something beautiful — not a body, but rather the jewelry — being stretched.

Limits are not in conflict with aspirations either. On the track “serene,” Ortiz-Wren sings about someone “drawing the mountain she wants to be,” and later “drawing the valley she wants to be.” This is all after they sing about how she looks best at 17 looking out the window on a road trip.

The album is wise beyond Ortiz-Wren’s 21 years, but also makes sense within this context as well. The investigation of bodies, aspirations, and limits is certainly age-appropriate — questions and quandaries that can linger a lifetime. Listen until you can’t listen anymore, see if it leaves a mark.

Will Meyer can be contacted at liberalwill@gmail.com.