Cinemadope: This Is Spinal Tap deadpans for gold 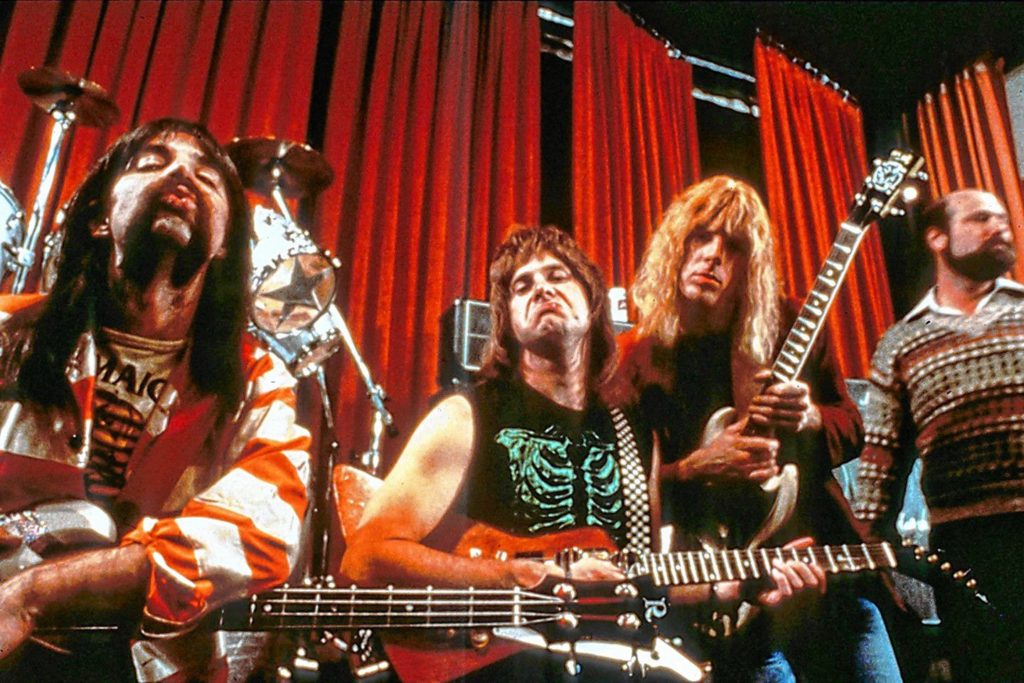 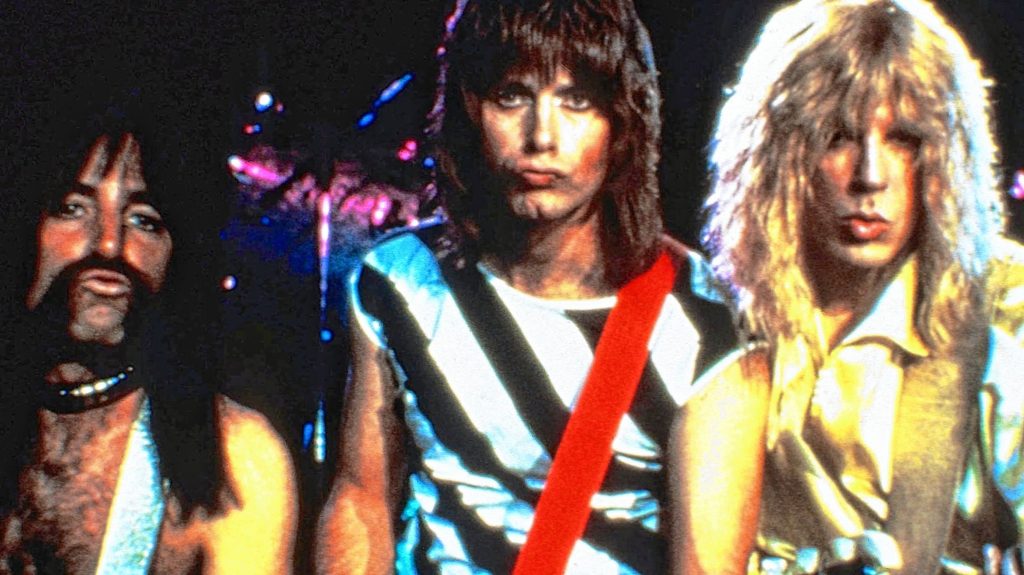 While the idea of a “mockumentary” now seems almost old-hat, in 1984 director Rob Reiner gave birth to the zany medium.

His ridiculously entertaining satire about life on the road with aging, British metal band Spinal Tap during their American comeback tour was mostly improvpotised, with stars Michael McKean, Christopher Guest, and Harry Shearer leading the charge. At the time, it was almost puzzling in the strength of its deadpan.

Not everyone got the joke then — it was a box office flop, truth told — but history has righted that wrong, and today This Is Spinal Tap is the sort of film that is quoted by people who don’t even realize what it is that they’re quoting. This one, you might say, goes to 11.

If by some terrible circumstance you don’t know the film, this is your chance: it will screen on Friday and Saturday evening at 7:30 in Shelburne Falls, where Pothole Pictures is pairing the film with live performances (by re-branded locals Spinal Heaves) of some of the soundtrack songs before the show. There is no great way to describe just how wonderful the comedy is here — the jokes, which are so often unexpectedly quiet ones, can pay off for months after the initial viewing — so I won’t try terribly hard to convince you of their worth.

But one thing I will point out is that while some of the biggest jokes in the film are built on the band’s material — songs with titles like “Sex Farm” and “Big Bottom,” and lyrics such as “the bigger the cushion, the sweeter the pushin’” are the norm here — the truth is that the actors are a damn talented bunch. As much as you might not want to have “Sex Farm” rattling around in your head for the next few weeks, I’m here to tell you that you’re probably out of luck. Like the cold sores that seem to jump from bandmate to bandmate, they’re catchy.

Also this week: Amherst Cinema brings in an early film from legendary martial arts name Woo-Ping Yuen when it screens Snake in the Eagle’s Shadow this Friday at 9:45 p.m. This was Yuen’s first directing credit, and it paired him with Jackie Chan; the two would go on to make the equally successful Drunken Master soon after. Together, the films charted a new path in the kung fu genre, bringing in healthy amounts of humor that helped international audiences find a connection to more familiar slapstick tropes. Yuen would go on to work on a host of American pictures, including The Matrix; Crouching Tiger, Hidden Dragon; and Kill Bill. Most recently, he teamed with Netflix to direct a sequel to Crouching Tiger. That film is a bit more serious in tone than Snake in the Eagle’s Shadow, but both are worth a look as bookends to Yuen’s career so far — a great idea for a Friday night double feature.