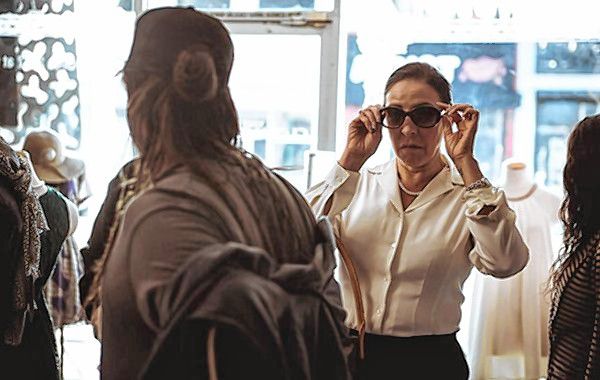 It’s nearly time to kick off Pride season with Noho Pride (see the Advocate‘s Guide to Pride), where LGBT Valley citizens will be able to celebrate our identities and our history as we process down Main Street in a sea of rainbow. The parade, which will take place Saturday, May 6, starting at noon, assembles floats, marching bands, school GSAs, and joyous community members for a march to the Three County Fairgrounds. There, participants and onlookers alike can join together to enjoy booths from local LGBT organizations and merchants, entertainment led by Emcee Cindy Foster, and drag queen and king performances. The entire event will be ASL-interpreted, courtesy of Cat Dvar. If you’d like to help volunteer with the event, head over to nohopride.com.

I know I’m not the only one who’s scoured the recesses of gay media, hungry for any titles that don’t feature gay suicide; dubious student-teacher boarding school relationships; or a gay lead character who, by the end of the story, ends up being straight all along. So how can you celebrate Pride at home, after gorging yourself on fair food and community love? I recommend cuddling up with one of the below titles, each of which features a gay or lesbian protagonist who stays gay, alive, and far away from boarding school.

Heterosexual Jill is the second of Michelle Ehlen’s projects to feature protagonists Jill (Jen McPherson) and Jamie (Ehlen herself). In this follow-up to 2007 Outfest favorite Butch Jamie, Jill reconnects with her ex-girlfriend, Jamie, in an attempt to “move past” the lesbian stage of her life and accept herself as heterosexual. Spoiler alert: it doesn’t work. This fun and campy satire on sexuality is a great date night watch.

Australian comedian Josh Thomas created and stars in this comedy-drama series about Josh, a young gay man struggling with family and identity. The series deals expertly with mental illness, coming out as an adult, and being awkward, and Thomas is perhaps one of the most endearing people to ever grace television. This show can be pretty heavy, but it’s also one of the most genuine depictions of gay life I’ve ever seen, so I recommend saving it for a rainy day.

When in-limbo comedy writer David (Jesse Plemons) moves back home to help take care of his dying mother (Molly Shannon), he must cope with his homophobic father and the joys of gay dating in Sacramento. This film garnered three Independent Spirit Award nominations and one much-deserved win for Molly Shannon, whose performance made me bawl so loudly that my roommate could hear me from the other end of the apartment. You’ll laugh, you’ll cry, you’ll close your eyes and cringe during one gratuitous puking scene. All in all, I can’t recommend this insanely well-acted and well-written movie enough.

When Vamonos was screened at the Academy of Music early last fall as part of Smith College’s Outfest on the Road programming, it left the audience dumbfounded and/or crying. As a member of the “dumbfounded” camp, I was awestruck by this short’s beautiful visuals and moving representations of butch identity and Latino culture. In the film, Hope (Jessica Camacho) struggles to ensure her girlfriend, Mac (Victoria Ortiz), will not be buried in a dress. Vamonos pushes boundaries and leaves viewers with a sense of optimism, despite its heavy themes.

This is undoubtedly an abbreviated list heavily influenced by my own personal experiences and lesbian identity. Luckily, LGBT voices in film and media are growing, so there are even more music videos, short films, TV series, and movies out there that explore multiplicitous experiences. For some great work on trans identity, check out the short film Passing by J. Mitchel Reed and Lucah Rosenberg-Lee on Amazon Prime, as well as AOL’s True Trans, a docu-series by Against Me! frontwoman Laura Jane Grace on YouTube. For an especially great selection of LGBT documentaries and experimental films from the New Queer Cinema movement, check out the streaming service Fandor, which focuses on independent and foreign films.

Happy streaming, and happy Pride! No matter what you watch this weekend, I’m wishing you joy, love, and community.