Rabbit Season: ‘Donnie Darko,’ cult classic about a boy and an apocalyptic bunny, returns to the screen 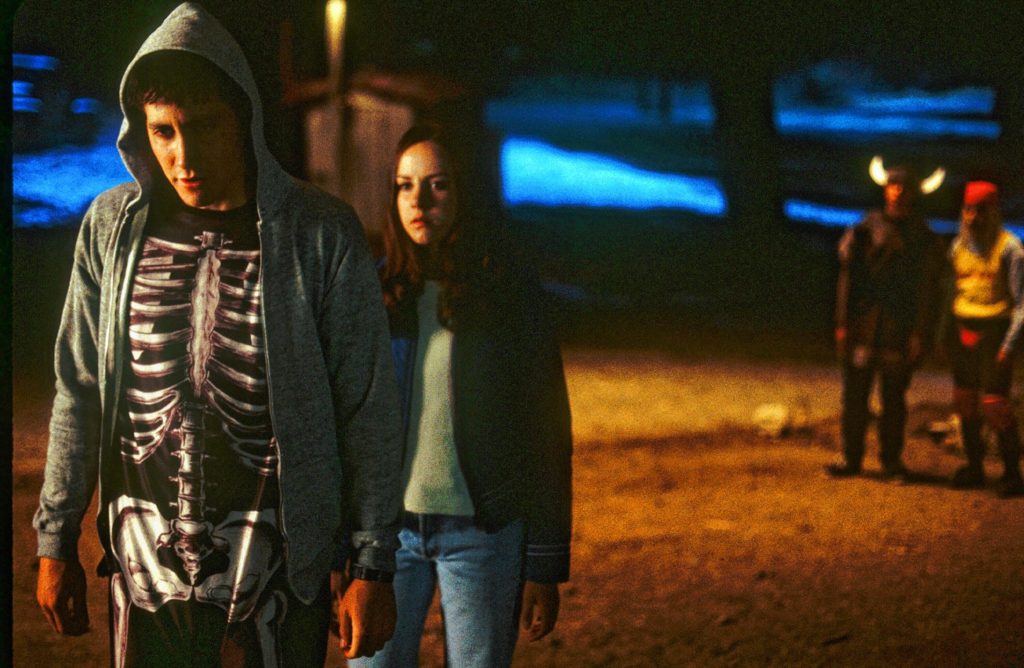 In the world of film, it is sometimes depressingly simple to point out why a given film is popular: perfectly groomed stars with gleaming teeth, things going boom, good over evil. I get it — we are, by and large, easy to please, and that’s okay. It’s just not that interesting.

What is far more difficult to pin down, and so much more engaging to wonder about, are the unexpected hits and cult favorites. What these works do is strike some odd and reverberant chord within us, sticking with us, perhaps, precisely because of their oddities and idiosyncrasies.

This week, one of the all-time great cult hits comes back to the big screen when Amherst Cinema brings in Donnie Darko in a newly minted 4K restoration of the original theatrical release. Director Richard Kelly’s 2001 film (remarkably, he was just 26 when it came out) wasn’t a success on its release, although it did garner a fair number of award nominations. But since then, its fame has steadily grown as word of its strange tone and odd story — Jake Gyllenhall stars as Donnie, a sleepwalking high-school student whose “new friend” is a six-foot tall apocalyptic rabbit named Frank — spread among a population still reeling from the September 11th attacks. It was a dark film in a dark time. And for filmgoers who caught it at the right coming-of-age age, Donnie Darko can be a touchstone that separates one generation from another.

In the years since, Kelly hasn’t matched his early success; his last feature was a remake of the story “Button, Button,” which had previously been adapted as an episode of The Twilight Zone in the 1980s.

But if Darko was the only thing he ever made, it would still be an enduring legacy.

Also this week: On Sunday at 2 p.m., Historic Northampton plays host to a free and open to the public screening of director Stan Sherer’s The Brush Shop, an hour-long documentary that explores the history of one of the area’s most iconic buildings. The title refers to the large “arts and industry” building on Pine Street in Florence, usually known as either “the Brushworks,” or “Pro-Brush,” and now home to the studios of a hundred artists and craftspeople. With its current incarnation as a creative hub, it’s easy to assume that the brush in question is a paintbrush — but it’s not. In fact, it’s a toothbrush.

It all began in the mid-19th Century, when A.P. Critchlow & Company was making buttons and hairbrushes at the building. Eventually, the company got into this newfangled toothbrush biz and morphed into the Pro-phy- lac-tic Brush Company, which, before closing in 2007, would grow to become the world’s largest producer of toothbrushes. More importantly for local people, it became one of the city’s largest employers, providing a steady income to families who often had multiple generations working in the building. To tell the story, Sherer’s film features interviews with former employees, archival photographs from the Historic Northampton collection, and a variety of advertising spots that span the history of the enterprise. In all, it offers a glimpse at an industrial Northampton that sometimes seems to have disappeared — until you realize just how vital and humming a hive the building remains today.