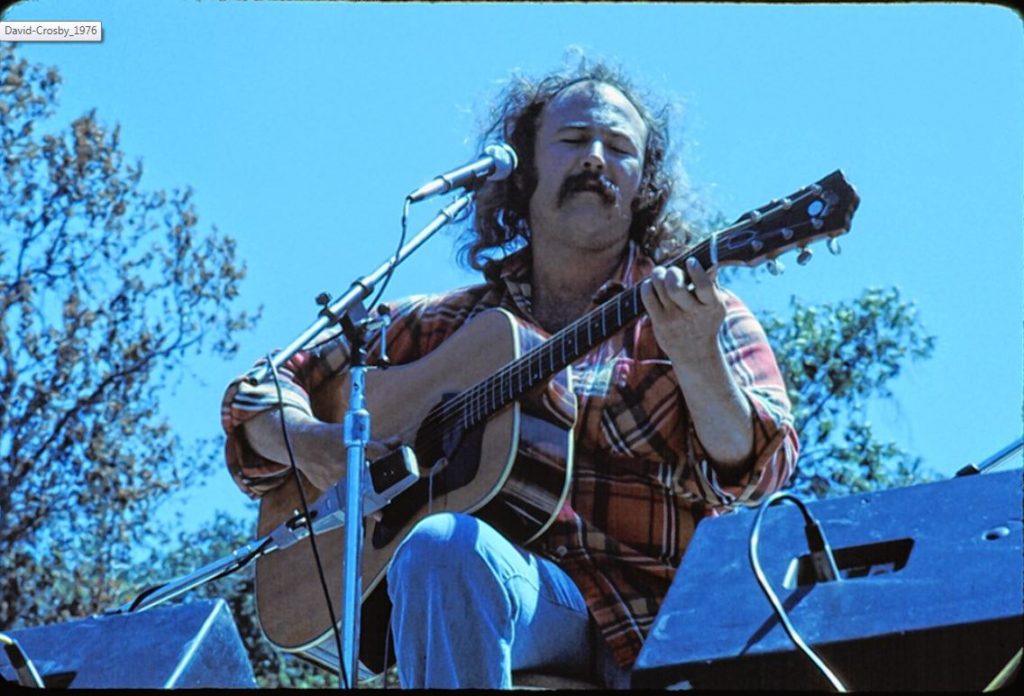 David Crosby — the founding member of legendary 1960s and 1970s rock groups such as the Byrds and Crosby, Stills, & Nash — is coming to Northampton’s Academy of Music Theatre on May 19 for a show with his electric backing band. The two-time Rock n’ Roll Hall of Famer singer-songwriter and guitarist is set to release his third album in two years, Sky Trails, sometime this year. The Valley Advocate interviewed Crosby on May 3 to talk about his music, politics, and songwriting. 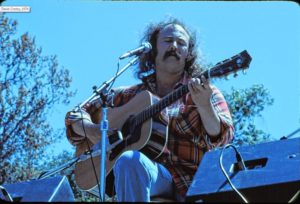 Chris: What are some of the inspirations for your new album, Sky Trails?
David: Well, mostly I write love songs, but some of it is more directly aimed at something else. There’s at least one song that is as scathing an indictment of Congress as I could manage to pull off because they’re pretty terrible. I’m fascinated with people and people’s behavior it just drags me in. I can’t stay away from it. I write about human beings and their behavior, but I write about love a lot because, to me, it’s the most important part.

Chris: Musically, what are some of your inspirations for the record?
David: Here’s how it works. I’ve got these two bands. I’ve got this band, The Sky Trails Band, which is an electric band and it’s a singer-songwriter band based on a rock n’ roll band, but we’re trying to aim towards jazz sensibilities; more complex chords and more complex time signatures and stuff. The other band, The Lighthouse Band, is a purely acoustic band pretty much. They’re aimed at two different directions. They deal with stuff differently and the records are very different. The Sky Trails Band is definitely a big, honest-to-God electric band and if there is an influence it’s probably Steely Dan. I love Steely Dan.

Chris: One thing that I really love about your songwriting is that you don’t really shy away from politics.
David: I don’t try to go there on purpose or a go there a lot. I don’t think it’s the mainstream of what we do. I think the mainstream thing that we do is make you happy and make you boogie and take you down these little emotional voyages. That’s our main job. I think every once and a while you see something and we go back to our troubadour and town crier roots and we say, ‘Hey, it’s 12 o’clock and you just selected an imbecile to run the country and this is very dangerous.’ It’s our job. You see the country killing its own children and you write “Ohio.” There’s no questioning in your head — you should say something.

Chris: I want to ask you a little about the Trump administration. Is this something that’s making you mad as hell and wanting to write songs about what’s going on today?
David: To a degree, yeah. The guy’s an imbecile and he’s really more like a completely bad behaved 9-year-old. But he’s dangerous. He’s doing real harm. The harm that he’s doing to the country and the political system is temporary and can be probably repaired. That fact that he’s, you know, doing all this stuff to reverse our actions on climate change is very dangerous and it means that we’re doing a very bad thing to every other human being on the planet Earth. The administration upsets me; the group of greedy thieves he’s brought in there upsets me, but I am trying very hard to not let it make me mad … I’m trying not to be raging at the guy. I’m trying to outsmart him.

Chris: What’s your songwriting process like?
David: It comes any way it comes. It can come any way. Words first, music first; either one. You can start with three words if they really mean something to you. That’s a thing. Write them down and then see what they bring to you later. I do fool around with a guitar, usually in strange tunings, and I do it every day. And so, that leads me to new music. The hardest part is the words, I think. I work on it pretty much all the time and I love it. I’m willing to put in the time and the effort. I love creating songs.

Chris: What do you have planned for this new tour?
David: We’re going to go all across the country and when we get done at the end of May we’re doing the Tonight Show and then I’m off for June, July, and August and I’m writing. That’s all I’m doing is swimming in the pool and writing every day. And then in the fall, I’m going to make another record with the Lighthouse guys. Except this time I’ve asked them for this to be a four person record. Instead of it being the three of them on my record it’s a four of us record. I’m really looking forward to that. I think it’s going to be a really strong record.

Chris: Do you have some favorite records that you’re listening to now that came out in the past couple years?
David: Yeah: Michelle Willis’ See Us Through, Becca Stevens’ new Regina, the last Snarky Puppy record Culcha Vulcha. I always wind up listening to Shawn Colvin and Marc Cohn and Joni Mitchell and James Taylor. James Taylor made one of the best records of his life last year. It was a stunner and I’m still listening to it.

Chris: Is it ever surreal being known as a rock legend and having that celebrity status?
David: I don’t accept it. I don’t think it’s real. I know what a bozo I really am and I know that I put my pants on one leg at a time same as you. Celebrity is a fake out. It’s really just an ego game and it has nothing to do with talent. I judge people by what they create and who they’ve helped; where they’ve made anything better. And that has nothing to do with celebrity. Fame and celebrity are really bullshit ego games and they have no relevancy at all. None.
Chris Goudreau can be contacted at cgoudreau@valleyadvocate.com.