Basemental: You Know Amber Wolfe Now See Her Arresting Video for ‘No Thorn’ 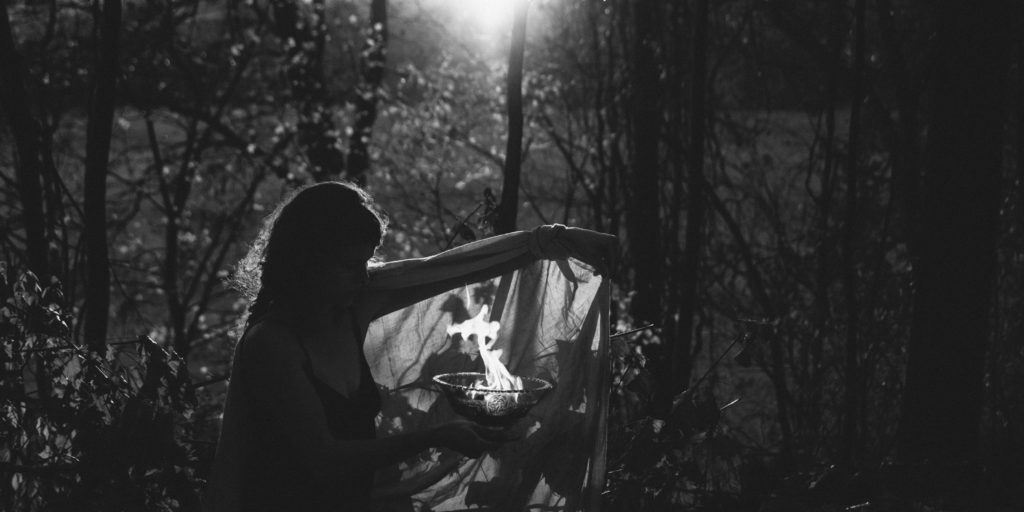 You may know Amber Wolfe. She fronted the “speakeasy, post-apocalyptic band,” O You Villain, books shows at Amherst Coffee, and is a veteran of the Institute for Musical Arts, where she found “some of the foremothers of local music.”

Despite strong roots here in the Valley, last year, Wolfe went home to the Washington, D.C., area to record her debut solo EP, I Left the City. What followed was a full circle collaborative return with childhood friends to create a music video for “No Thorn,” the EP’s second track.

The EP was recorded at Full Glass in Silver Spring, Maryland, with longtime collaborator and friend, Tommy Sherrod. When two other close friends and collaborators, Adelaide Waldrop and Tom Clement (Rose Gold Productions), heard “No Thorn,” it became clear that another joint project would commence, and so continued Wolfe’s return to her childhood tableau. Waldrop and Clement took the song and ran with it, reading imagery and symbolism into the haunting song.

Wolfe was well accustomed to working in bands. While the video collaboration “wasn’t a band, it had that feel,” she told us at an interview at Haymarket. Not only were the cast and crew old friends, but the mansion they shot in was a place Wolfe had been returning to for quite some time. It’s called Claymont Court, and its existence is worth an article unto itself. Built by George Washington’s nephew, the mansion served the team and its creation perfectly. The sprawling tables, garish chandelier, and its Victorian setup all speak to the lyrical content of “No Thorn” and the extrapolated meaning Waldrop and Clement gleaned from Wolfe’s song, which is about, in her words, “falling in love with the idea of someone rather than for who they truly are.”

In the video, Wolfe’s character hosts a lavish dinner party, exaggerating the Victorian theme, with guests representing different eras. Over the course of five minutes, a melodrama plays out between Wolfe and her counterpart, a scientist who is plotting, methodical, and detached. Each aspect of the video touches on the image of something rather than its content — the scientist with his “empirical and imperialist mind” creates his subject based on an idea. Wolfe sings, “You say I’m beautiful … asleep; but awake, not awake.” She wrestles with the trope of the sleeping beauty — better seen than heard — as she lulls, “I fear you’ll leave me … when I’m old. As girls, that’s what we’re told.” The song remains in a mournful lament, while the video transcends into a shocking resolve in its final moments.

It’s clear watching the video that it was a collaborative effort. Wolfe, having a strong creative bond with the cast and crew, all old friends who know her best, shared with them a beautiful, yet relatively sparse and lyrically unadorned song. The resulting video is a captivating meditation on semblance vs. reality, the image of something rather than its truth. Touching, at least implicitly, on Dionysus, Apollo, Jungian psychology, gender roles, the divide between the creative and the analytical, Wolfe and company weave together a lot of themes, but at its core it is an arresting and bewitching tale.

Will Meyer writes the Advocate’s bimonthly Basemental column, you can contact him at wsm10@hampshire.edu or @willinabucket. Nellie Prior is a frequent contributor to Take Magazine.