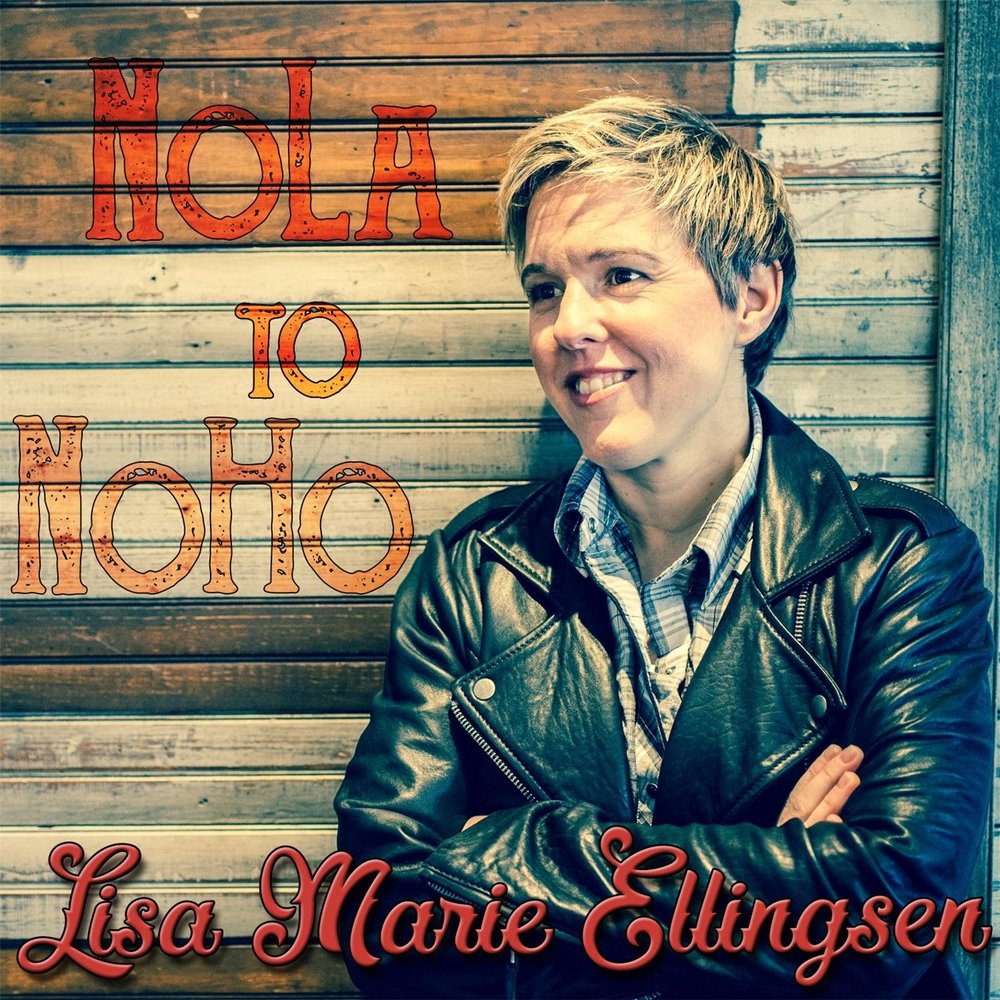 Local singer-songwriter Lisa Marie Ellingsen smiles with an air of satisfaction. She’s wearing a leather jacket and flannel shirt, leaning against a rustic wooden backdrop on the front cover her new album, NoLa to NoHo. The photos were shot at the Florence Pie Bar, which is evident from a picture of a slice of apple pie and a piping hot cup of black coffee hidden behind the CD’s jewel case and, of course, the credits on the liner notes.

Why is pie and coffee so important when discussing an artistic work, you might ask? It’s all in the expression – “What’s more American than apple pie?”

NoLa to NoHo is an album that captures many emotions with is bittersweet melodies sung with a lightness from Ellingsen. Whether it’s a tune about heartbreak or just rollicking good-time rock n’ roll, Ellingsen delivers a damn fine slice of Americana mixed with blues-rock guitar licks and alternative country inspired songwriting.

Overall, the mood of this 10-track record is breezy and captures the spirit of summer wonderfully. I recommend that you listen to NoLa to NoHo while cruising down Interstate-91 on a warm summer afternoon with the windows down and the volume cranked up all the way.

The album kicks off with the catchy Tom Petty-esque ballad, “The Getaway,” a song about two lovers that “rob a little store by the interstate” — a modern twist on the traditional romanticized folk narrative of highway robbers. Ellingsen’s guitar work is twangy and filled with arpeggiated melodies that evokes the sound of 1980s jangle pop bands like R.E.M. and Green on Red.

Some of the album’s highlights include “Rodeo of Broken Dreams” — an upbeat pop song with dueling guitar solos that lock together like a puzzle, and “The Nightlife,” which starts with a heartfelt harmonica solo and includes soaring pedal steel guitar.

“A Little Help From Above” is the only straight up classic country inspired song featured on the record and it’s a nice little gem that closes the album. Acoustic guitar, mandolin, and group vocals evoke an old timey lullaby. “I thought my heart was made of stone/ Now I need a little help from above.”

Ellingsen is set to debut NoLa to NoHo at her album release show.