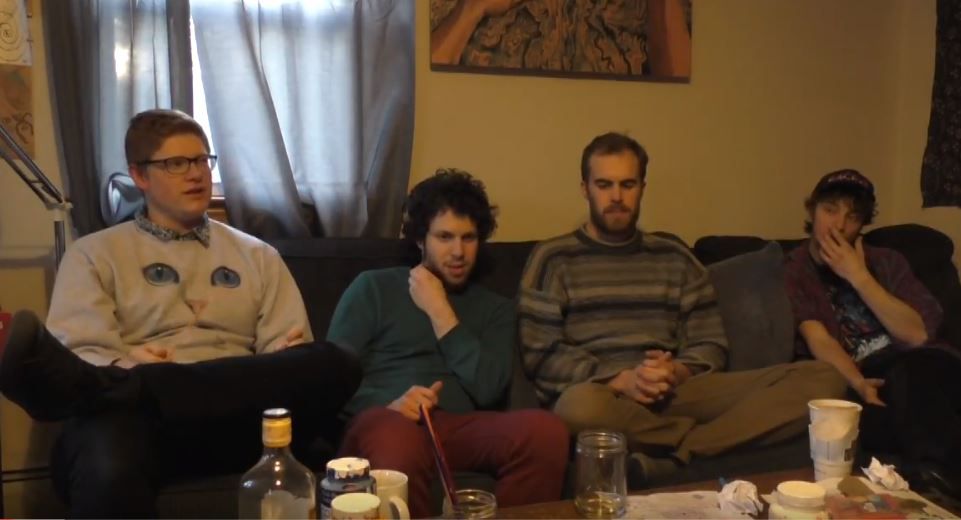 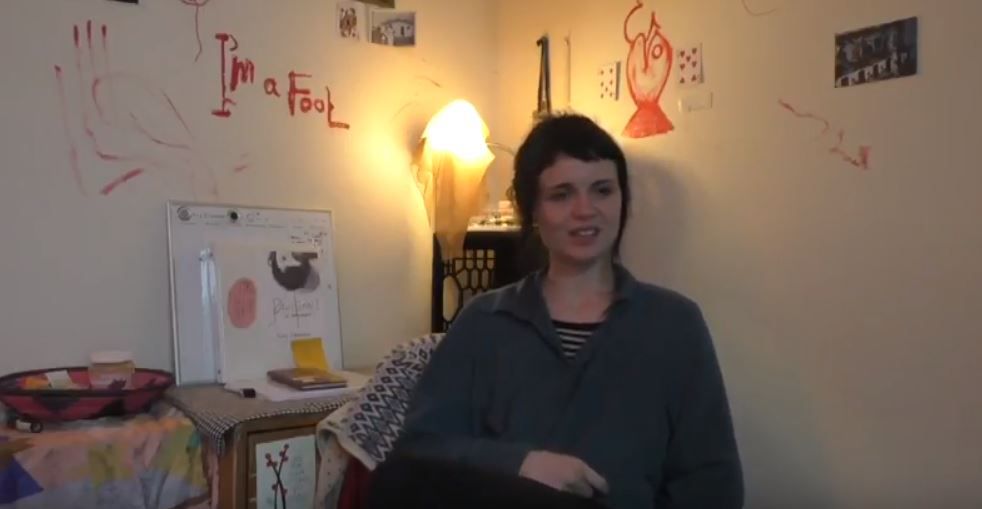 Amherst College junior Brian Zayatz’s new documentary, Ask a Punk, opens on a dark basement. You can’t see much other than some hazy Christmas lights in the frame. Some very involved yet calming music — tritones soaked in reverb — plays in the background.

This basement in Hadley, along with others throughout the Valley and beyond, could have been finished and furnished with a crisp flat screen, but instead its brick walls are being settled by spiders and their cobwebs. This basement is different, special. It is a secret rock club: the site of a converging scene, a gaggle of 20-somethings bonded by the music and people just beneath the ground level.

The 25 minute film is worth digging up on YouTube. Not only can you hear me say “like” and “um,” but it offers a glimpse into something intangible and the growing pains of a scene, struggling with how to make something meaningful.

Zayatz’s documentary takes place not just underground, per se, but also above it, mostly on the couches of the creatures and characters, myself included, who call the figurative basement home. The film, subtitled An incomplete portrait of Western Mass DIY (2017), is just that. While it grasps what makes the scene special: themes of camaraderie and a sense of belonging for people who might not otherwise feel it, and what it lacks: diversity, and the ability for the artists involved to make a living. The film features interviews from only a handful of people from Hadley, Amherst, and Belchertown who mostly know each other — which is a problem with the scene, not just the film.

Describing what’s special about the music here, booker and Shoehorses front-woman Miranda Wiley tells Zayatz that “I think it’s about like hearing voices and hearing music that is different and is weird and is experimenting and is saying ‘fuck you,’ and isn’t just saying that to say it.” “You know when you hang out with people for too long you start to have their mannerisms and talk like them?” Casey Opal from the band Spacekase said. “That’s what happens with music here.”

Likewise the film takes aim at the music industry — locally and nationally. Many of the interviewees decry Hampshire County’s own Mr. Monopoly, Eric Suher, who owns the lion’s share of Northampton’s music clubs. Opal extrapolated that “I think he’s trying to control whatever the music scene is here, but it’s failing because it will happen without him.”

But the crushes of capitalism and discrimination perpetuated locally are mere symptoms of systemic problems that lead to a lot of art these days not being worth much, monetarily. Area booker and Wydyde frontman Van Kolodin notes that, “The way people value art now is really weird. Most artists work for free and don’t make any money and have to work shitty jobs.”

Despite the struggles, “All the touring bands are impressed, because it’s not New York, or like Chicago — Hadley isn’t even a college town, it’s not even Northampton or something,” Hadley scenester Pete McQuillan explains. “It’s very much off the beaten path of what you would consider the music industry, but at the same time, it’s kind of the perfect place for this to happen.”

Zayatz told me in an email that he hopes the film is “something that Western Mass DIY can be as proud of as I am!”