The Songs We Can’t Get Out Of Our Heads: An Advocate Chat 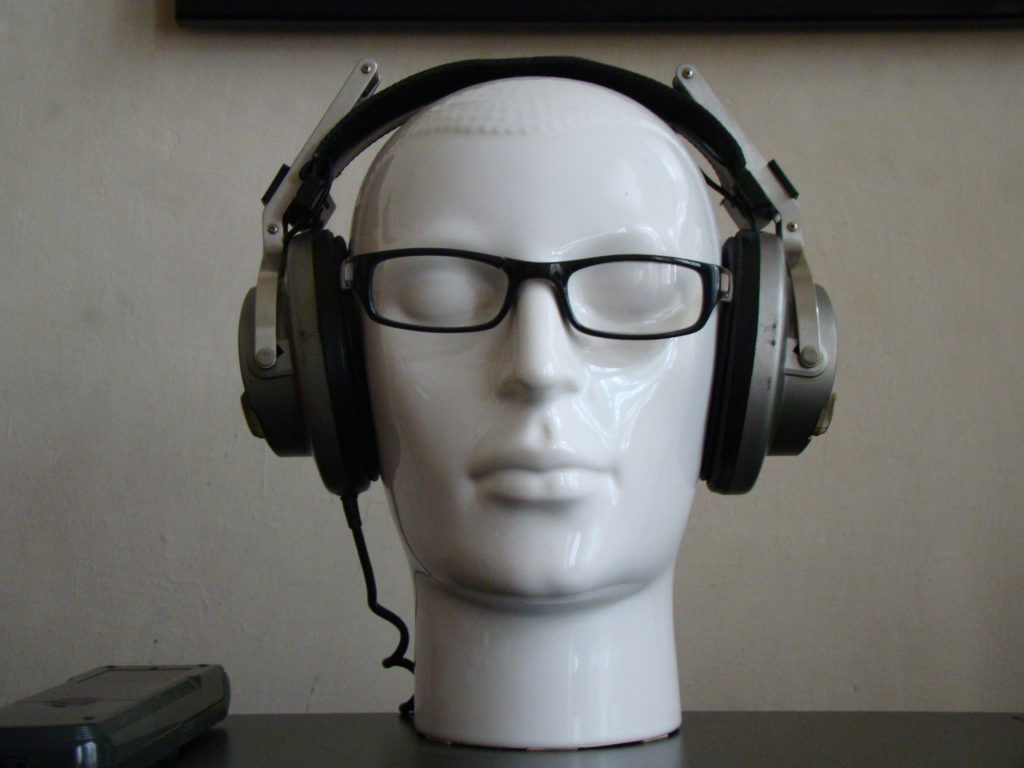 kristinpalpini (Editor-in-Chief Kristin Palpini): OK, so today we are talking about songs that get stuck in our heads. We’re keeping it nice and breezy ahead of the long weekend. I think I have a song stuck in my head on most days. Usually the same song for multiple days.

cgoudreau (Staff Writer Chris Goudreau): Should we start with the cringe worthy songs or the pleasant ear worms?

kristinpalpini: Dominic the Christmas Donkey is far too often in my head

kristinpalpini: Think it was an Italian thing.

cgoudreau: Everything from The Sound of Music is cringe worthy. Last year I went to a high school production and weeks later I still had those songs stuck in my head.

kristinpalpini: I’ve never seen sound of music, but because I was in many school bands, I’ve played all the tunes. I’ve climbed every mountain.

jlevesque (Art Director Jen Levesque): Were those a few of your favorite things?

dave.eisen: One song that gets stuck in my head is the song that the movie Inside Out jokes about getting stuck in everyone’s head: the “Tripledent Gum” commercial.

kristinpalpini: I’ve read that songs get stuck in your head for a reason. There’s something about the lyrics or music that resonates with you on a subconscious level. What that means for Domenic and Tripledent I don’t know. Also, that McDonalds filet of fish song will never leave my head.

jlevesque: When I ask my son to turn around I start singing the lyrics to this song…

kristinpalpini: Yes! That is awesome! This is the version of that song that goes through my head: I fucking need you need more than ever.

dave.eisen: There’s a whole class of songs I think of as Burger King or Pepsi songs.

jlevesque: Ooohhh like the Spice Girls Pepsi song from the 90s. Hahaha.

dave.eisen: We were talking before about accomplishment songs too. Like when you finish something, do you have a song that goes through your head?

kristinpalpini: Oh yes, Touch the Sky by Kanye West plays on. When the horns kick in I just feel it hard. “Before the day I die I’m gonna touch the sky.”

dave.eisen: Mine is Taking Care of Business.

jlevesque: Another One Bites the Dust by Queen! Every time an issue is done!

dave.eisen: That one gets in my head every time I change my 4-month-old son’s diapers.

dave.eisen: Then I throw the diaper in the garbage right at the end of the phrase. “Another one bites the dust…” *swish*

cgoudreau: I’ve got to go with The Who for mine. I’m Free!

kristinpalpini: I think this all says a hell of a lot about us. Anything that has a horn section just makes me feel like a superhero.

dave.eisen: For some reason Magical Mystery Tour is my “feel like a hero” song.

kristinpalpini: Right now, I’ve got Element from Kendrick Lamar’s DAMN. in my head. I like rap a lot, KL in particular. I can really ID with the anger, frustration, illness, all that. Gets it all out of my head… except when it’s stuck in my head.

jlevesque: I haven’t eaten breakfast yet and I’m hungry so I got Miss World in my head, “I want to be the girl with the most cake.”

cgoudreau: I usually have this song stuck in my head if I’m walking through downtown Northampton or Amherst. It’s so bucolic!

kristinpalpini: Chris, this is great. What a jolly way to walk around town.

dave.eisen: Oh man, so much Nintendo music. I definitely get the Tetris theme stuck in my head all the time.

kristinpalpini: I just want to jump up bust bricks and eat a mushroom.

jlevesque: The Mario brother game gets stuck in my head when my computer freezes.

dave.eisen: Do-do-do-do-do-do do-do bum bum. Do you have any songs where you don’t actually know the song, but you get like three words stuck in your head? I get that for the song Hot Blooded. All I really know is “Got a fever of 103!”

jlevesque: Ooohhhh like that song Blinded by the Light. I always finished the lyrics “strapped up like a douche in the middle of the night.”

kristinpalpini: I get this one stuck in my head when I’m feeling down or just goofy as hell.

Sunshine, lollipops and rainbows,
Everything that’s wonderful is what I feel when we’re together,
Brighter than a lucky penny,
When you’re near the rain cloud disappears, dear,
And I feel so fine just to know that you are mine.

dave.eisen: Haha, Kristin I feel like I’m starting to get to know what it’s like inside your head. Sunshine, lollipops, and donkeys.

dave.eisen: How do you get a song out of your head? For me I just have to find it and listen to it. It’s like scratching an itch.

jlevesque: Sing another one! Who Let the Dogs Out!

dave.eisen: Haha. Who Let the Dogs Out jumps me right back to the 10th grade dance.

jlevesque: I sing this song “Wind Beneath My Wings” to my cat. It’s his theme song, and I swear he knows it too… (I just change the word “hero” to “favorite”)

kristinpalpini: Oh my god, do you want me to cry? Beaches is a gut punch, but I love it.

cgoudreau: I could have The Boswell Sisters in my head all day. Love 1920s/30s vocal jazz.

dave.eisen: That’s a good one!

dave.eisen: I can see getting this in my head while perusing Facebook. Or, lately, reading the NYTimes.

jlevesque: Anything with the title crazy people should be good. Or Crazy by Patsy Cline, sigh, great song. LOVE Patsy!!

jlevesque: Anything not new by Slayer while driving for Jen, here!

dave.eisen: Anything NOT new, got it.

cgoudreau: The Rocky Horror Picture Show soundtrack. Nothing like listening to Time Warp while zooming down the highway.

dave.eisen: Ooh, that’s good. Similarly, I get the Back to the Future theme from the clock tower scene in my head, especially when I’m late or “just on time.”

jlevesque: Every time I count to 3, I start to rap the Chino Marino part in Wicked by Korn.

dave.eisen: Now I have that buzz in my head when I’ve listened to too much music. I think I’ll go sit in a quiet room now.

jlevesque: I ALWAYS have that buzz in my head. Hahaha