by Compiled And Illustrated By Kristin Palpini | May 30, 2017 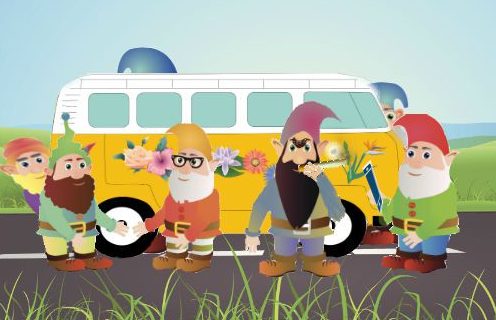 The title has something permanent to do with one of you. We used to meet along route 2 a few years ago. You guys were very easy to be around. Looking to get back in touch. May 22, 2017 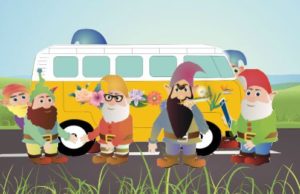 Would like to play with you. — m4w (W Springfield)

I saw you leaving the Super 8 at about 3:30 pm on 5/23, you were with someone and got into separate cars, it did not appear a good time to approach you but I’m very interested. Hope you see this. What color car were you driving and what did the guy look like. May 24, 2017

Hey I met with you back in March. It was on Riverdale rd in Springfield. I lost your number but would like to see you again. Send me a pic and or number so I know its you. May 24, 2017

This morning around 8:45 you were vacuuming your car. I was vacuuming next bay over. As you drove away you gave me a wave. You work fast and focused — that’s attractive!! 🙂 I was on a schedule too. Want to try again and say hi?! May 23, 2017

i took your pic while you worked — w4m (westfield)

I clearly creeped you out. From my view I wasn’t expecting you to be so good looking, but when I got up close you were incredible. Just wanted to apologize. May 23, 2017

You had the grown out bleach blonde hair and blue sneakers. I was playing cards with friends. Want to look in each other’s eyes some more? Tell me what I look like so I know it’s you. May 22, 2017

I think of you more than I’d like. Seems like you only get in touch when it’s good for you. Do you ever think about anyone else? I was there for you when no one else was. Appreciation…not your strong suit. I deserve better but if you said the right things, I’d open up. Don’t know why that’s true but it is. I can’t get you completely out of my mind. I miss when it was fun. May 22, 2017

I IMMEDIATELY regret not sticking around after seeing your smile. If I was half as smart and I thought I was I would’ve handed that receipt right back with my # on it. I know you’ll never see this but if I’m there again I won’t make the same mistake twice. May 22, 2017

We made eye contact as I left, was looking back to get a last glance at your pretty face, hair pulled back under a cap. The rmv is hell, wanted to wait and ask you to lunch or dinner, but I couldn’t stay as long as I’d have liked to, anyway, if you see this, I’m pretty sure I was the only guy around your age in the building. And you’d like to get some dinner email me! May 22, 2017

Hey so this is probably gonna sound stupid but for some reason I can’t stop thinking about you. I met you earlier today at the brick house tavern. You had a smile and personality that just made me happy inside. You had a blue dress that your friend didn’t want you to pee in lol. I had a blue Harley . We didn’t talk much but I definitely wished we did. I doubt you will look on here but you never know May 21, 2017

Soooo…that was kinda hot lol I was walking down the street, you pulled up next to me, flashed a large … and a 50 dollar bill …saw the car approaching and sped away. You should come back. You might have a date lol May 21, 2017

I gave you a ride. I think you’re beautiful. You have an amazing smile too. I am so sorry if I made you uncomfortable. I’m sure it was weird. People are usual pretty comfortable around me. And I know there’s no way to tell until you get to know somebody, but I’m pretty normal … well, besides the obvious !!! heehee But the offer still stands. I’d love the chance to give that relaxation, very discreetly, you’re in charge, no reciprocation, no strings. Or if you’d care to be friends a bit to scope it out. All good. I don’t think you’d regret it, and my only goal would be to make you enjoy, relax and feel safe. HMU, even if you just feel like talkin, or even just another ride. And PS: Believe it or not, meeting somebody lke this is NOT something I normally do, and I’ve NEVER hooked up on craigslist before. May 21, 2017

I saw you at Market 32 in Pittsfield and we talked very briefly, but I was in no position to ask more details about you at the time even though I wished too. You were terrificly bright and beautiful, and it’s doubtful that you’ll ever see this, but here’s a shot in the dark. May 21, 2017

We chatted while in line at Herrells and you told me how much you missed having a location in Harvard Square. I asked if there were any comparable places left in Boston and you mentioned a few that were good but said that none of them were as good as Herrells. Wish I had asked for your number or offered mine but you were with a group and i chickened out. If you see this let me know what i said i was jealous of when we first started talking. May 20, 2017

You were behind me in the drive thru at Dunkin on Route 20. You only ordered a medium hot it was 2.13 and I paid for your coffee. I sometimes do pay it forward but I thought you were beautiful so I had to pay for yours 🙂 ….. today around 815am May 20, 2017

You must have been putting out the vibe in the produce section and I picked up on it,,,getting swordfish I turned around and saw your ice blue eyes and oh that weak in the knees feeling you gave me you had green long type shorts on and glasses you said something to me as I was getting into the checkout line — I was checking you out also but I had my mom with me and I think you had your son with you and well you know…would sure like to meet up with you for coffee or something light–tell me what you told me so I know its you — Thanks May 19, 2017

You’re the cute barista in the flannel shirt with the nose ring. I’m the tired guy heading back to work after skiing needing a caffeine fix. I think we had a connection. It felt like more than small talk but I never made a move. Tell me where you work and what I do for work. Love to chat again. May 18, 2017