What Is A Hidden Gem, And Where Are They In The Valley? An Advocate Chat 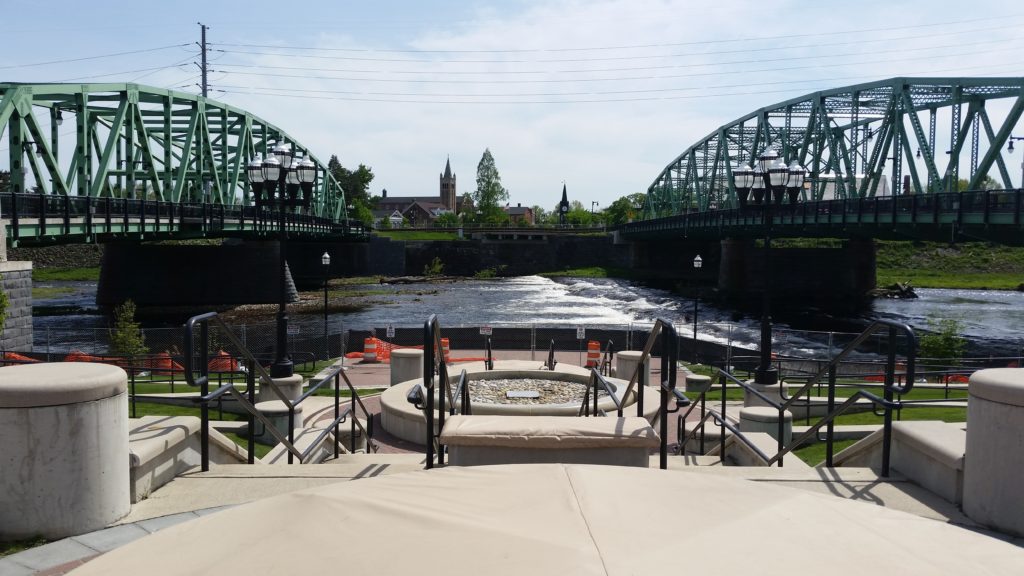 dave.eisen (Managing Editor Dave Eisenstadter): This week we are talking about hidden gems. At the end of June, we’ll be putting together a list of them from six communities in Hampden County (a bit like Arts Editor Hunter Styles did for Franklin County last year, only bigger!). But you might ask, what is a hidden gem?

kristinpalpini (Editor-in-Chief Kristin Palpini): Oh, I have some thoughts. It has to be hidden, for one.

kristinpalpini: Not too many people can know about it.

dave.eisen: Does hidden mean not on Main Street?

kristinpalpini: It also has to be something you would tell a friend to go to. You can be on Main Street and hidden. Westfield has tons of hidden gems on Elm Street (which is like its Main Street).

dave.eisen: I think the way that I judge a hidden gem is if I’m skeptical at the start. Someone tells me about it and I think, really? That place? But then the experience is amazing

cgoudreau (Staff Writer Chris Goudreau): Or they’ve never heard of it. That’s a good indicator, too.

kristinpalpini: I found an awesome hidden gem in plain sight in Westfield. The city is redoing a lot of its downtown and created a huge three-tiered water fountain on the side of the Westfield River. It’s on North Elm Street, down below the road a bit. It’s brand new and the water isn’t running yet, but I was blown away at how gorgeous it was and the view! I took pics: 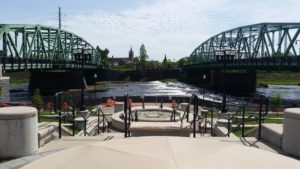 dave.eisen: This story is exciting for me because I’m still getting to know Hampden County. There seem to be a ton of cool places in Holyoke.

dave.eisen: One that I’ve gotten a ton of recommendations to go to is Holyoke Hummus. But my concern is that if so many people are recommending it, it can’t be all that hidden.

cgoudreau: Holyoke does have a surprising amount of hidden gems.

dave.eisen: Actually, a church I wrote about last week that is now a private residence felt like a hidden gem all itself! It definitely glittered like one.

kristinpalpini: The Valley Blue Sox are a hidden gem, but the Volleyball Hall of Fame isn’t, or at least I don’t think it is. Guess we’d have to check, but it doesn’t sound amazing.

dave.eisen: Yes, if there is a huge sign at the entrance to your city that says “birthplace of volleyball,” then the hall of fame is not a hidden gem. But it still might be a gem. Or maybe a gem could be hidden within the hall of fame, a seldom visited room.

kristinpalpini: I just don’t think anyone goes there, even with the sign.

cgoudreau: Mel’s Restaurant in Holyoke — best meatballs ever. They’ve been around since the 1920s, I do believe. I’ve been going there since I was a kid. But before that, my grandparents were taking my dad and three uncles growing up. It’s become a real generational spot.

dave.eisen: I’m definitely going to have to check out Mel’s. I’m pretty picky about meat balls.

kristinpalpini: Are there any hidden gems in Northampton? The place is pretty well-known.

dave.eisen: Right, I mean the underground Tunnel Bar is probably the best known bar in the whole city. One hidden gem for me and my wife is the path out by the river connecting Smith College and Northampton High School. It is definitely well-known (people are constantly walking their dogs and talking on their cell phones), but it was something it took us a little while to find out about. Also, back to Holyoke, I want to check out the Dam Cafe, which at least has a great name, whether it is hidden or no.

kristinpalpini: Oh yeah, that place is great. Always full of townies, too.

dave.eisen: Chris, where are you finding your gems?

cgoudreau: I’ve got West Springfield and Chicopee. Thus far, I’ve visited a 1700s saltbox house in the middle of West Springfield across the street from a pizza place. Chicopee has Bernie’s Dining Depot, which is a restaurant that serves steaks the size of your head and is in an old train.

dave.eisen: Dining depot! That definitely gives you an idea of the size you’re going to get. If they didn’t have steaks the size of your head, they would probably have to change the name.

dave.eisen: !!  I love the tape measure right at the beginning of the video! I didn’t think it was possible, but I now want a steak the size of my head. God, this video just keeps going! Sorry. Kind of getting obsessed by this. Does it degrade a hidden gem to have a promotional video about it?

kristinpalpini: Nah, it can make it even more endearing.

dave.eisen: I think endearing is an important part of a hidden gem. One recommendation I got for Agawam (from Art Director Jen Levesque) is Perry Lane Park because she said it has “the oldest metal slide I’ve ever seen.” I kind of want to see that now. The other must see for me in Agawam for me is Xtreme Paintball, where Jen told me I would see zombies. I think a hidden gem is a place where you have the opportunity to see something you won’t see anywhere else.

cgoudreau: I didn’t know there was a paintball spot in Agawam. That sounds like a hidden gem to me. Also, I just realized that the Dr. Westchesterson videos are all practically about hidden gems.

dave.eisen: They should have hired this guy instead of that Oklahoma firm that came up with West Mass.

cgoudreau: Ha! I’m with you on that!

dave.eisen: Does our affinity for hidden gems come from a desire to know a place well, or to know more than our friends? Watching this with the sound off, by the way, and seeing what I recognize.

kristinpalpini: It’s to have a place that’s special to you and very few other people. It’s like being in on a secret.

cgoudreau: Probably a little bit of both. Who doesn’t like to show off once in a while?

Do you have an idea for an Advocate Chat? Send it to deisen@valleyadvocate.com.