The Beerhunter: The Eight-Day Cheers 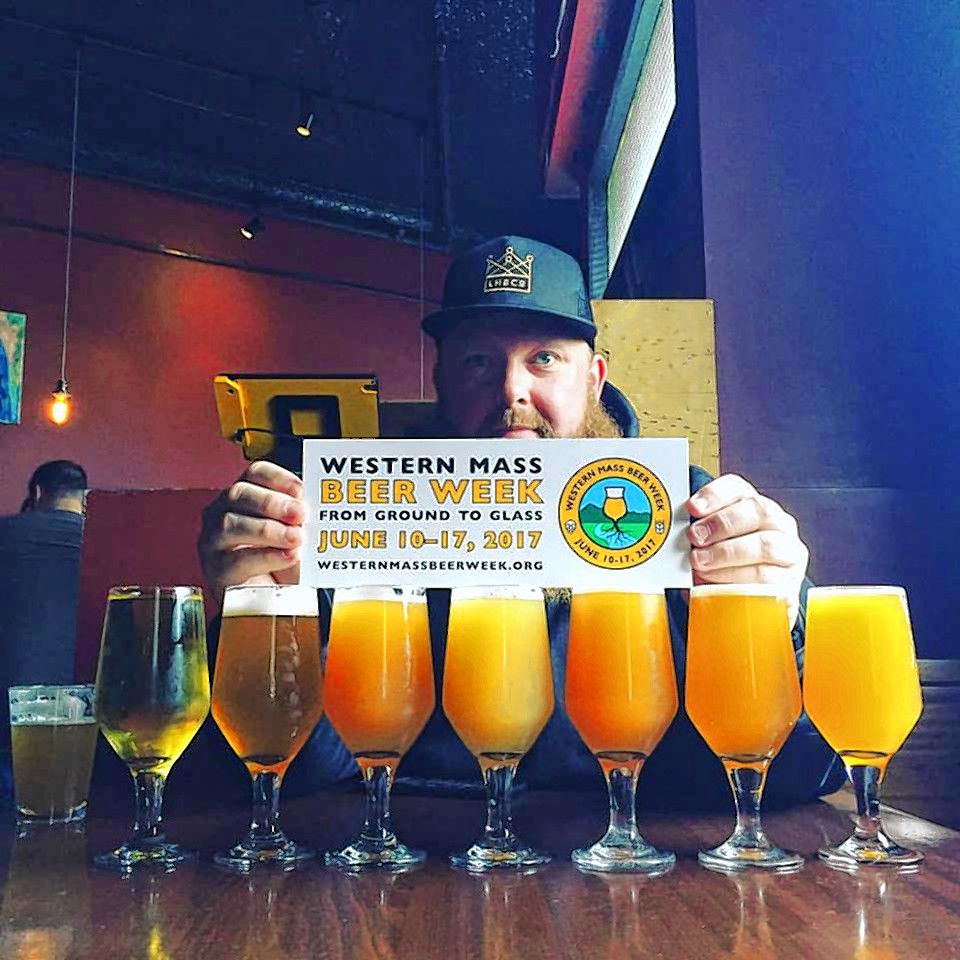 Any out-of-towner who would guess Western Mass has a quiet craft beer scene is bound for a rude, brewed awakening. But even locals may be surprised at the scope of the second annual Western Mass Beer Week, which runs June 10-17. Last year’s series of events at breweries, bars and restaurants around the Valley attracted 35 businesses, which hosted (by my count) 52 events. This year, more than 50 businesses are participating in 70 events, plus another seven events that last all week long.

Sadly, even Superman couldn’t hit up every single one, so plan your itinerary wisely: stay up to date on Facebook, and check out westernmassbeerweek.org for a full directory of events.

In the meantime, here’s a shortlist of exciting spots where you’re most likely to catch the Beerhunter during Beer Week:

BLDG8 Courtyard Kickoff Party in Florence: From noon to 6 p.m. with live music starting at 2 p.m.

Berkshire Craft Beer Festival and Chug Run 5K in Pittsfield: At the Common Park from noon to 5 p.m.

“Mo Way! Another IPA” Collaboration Beer: Brewed by Vanished Valley in Ludlow and Two Weeks Notice in Westfield. Tasting hosted by The Hangar in Amherst, 2-6 p.m.

“Manhan Trail Pale Ale” Collaboration Beer: Tasting hosted by Abandoned Building Brewing in Easthampton 5-9 p.m., or stop in to see the collaborators at Beerology in Northampton for a free sample of the home-brewed version of this ale.

Firkin Faceoff in Northampton: Brewers are challenged to add at least one new local ingredient to their cask beers. Come taste the results at the Foundry, 4-11 p.m.

Waterfalls and Beer: Featuring a special cask offering from Brick and Feather in Turners Falls. Hosted by the Lady Killigrew Cafe at the Bookmill in Montague, noon to 4 p.m.

Meet the Brewer of Hitchcock Brewing: Sample beers with Rich Pedersen as he discusses his Whately operation. Hosted by Champney’s in Deerfield, 6-8 p.m.

Bear and Bramble Brewing: Taste beers with the specialty brewers from Florence. Hosted by Seymour in Greenfield, 7-11 p.m.

Hopped Up For Health 5K and 12K: Hosted by Big Elm Brewing in Sheffield. Two races start and finish at the brewery, to raise money for Volunteers in Medicine. Includes live music, food trucks, games, and prizes. Register online. 9:30 a.m. to 6 p.m.