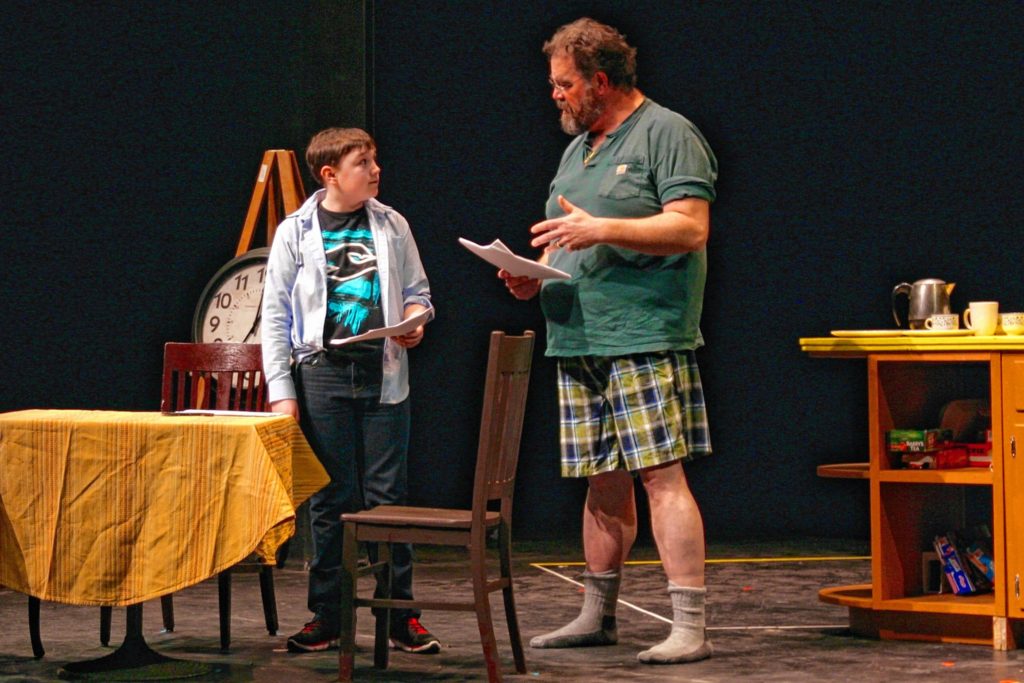 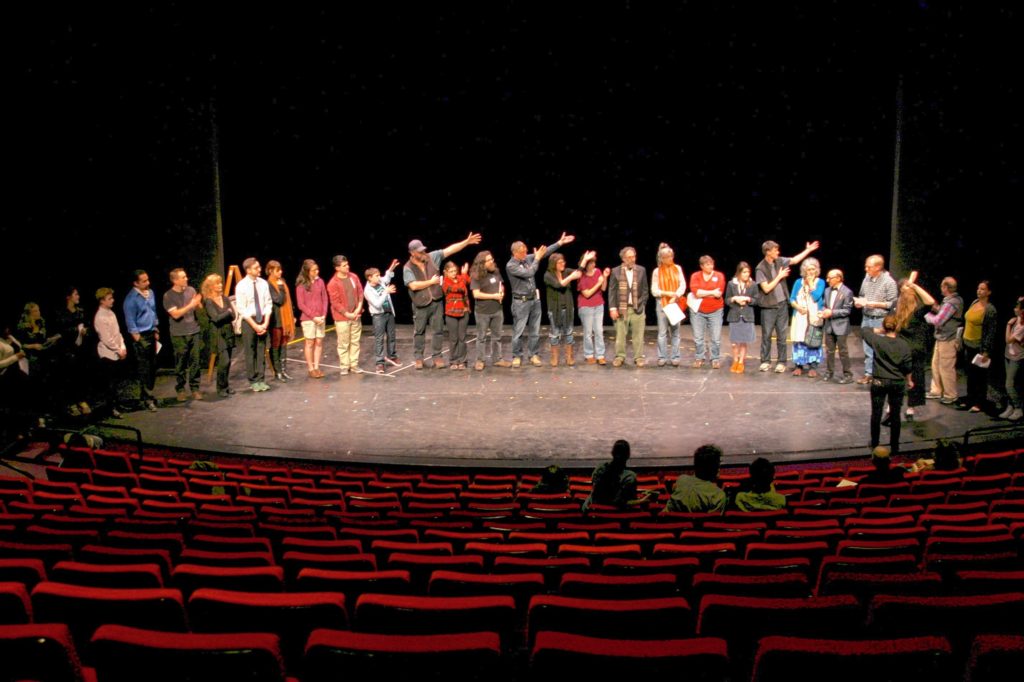 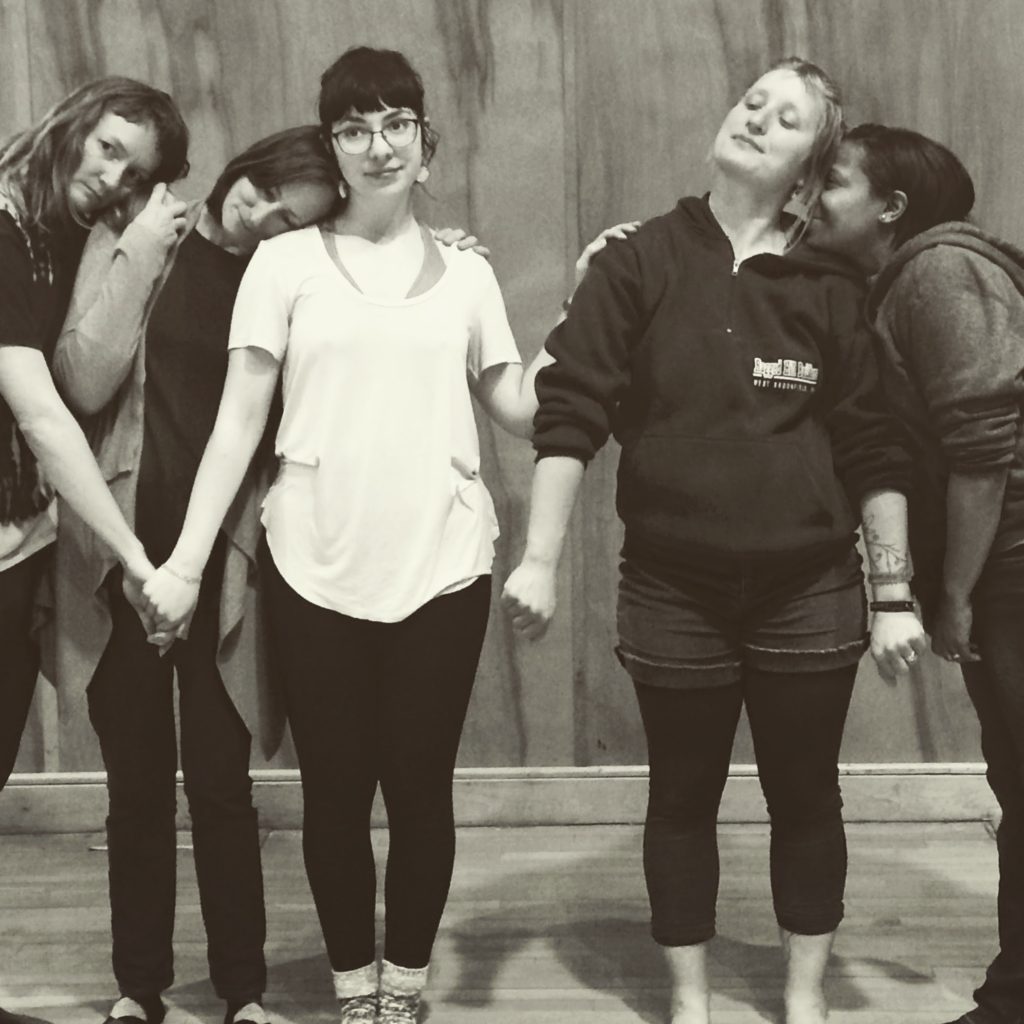 It has been described as “theatrical mayhem” and “controlled madness,” “extreme theater” and “a mayfly” — the latter because it’s here and gone in a day.

The popular annual event is simultaneously thrilling and terrifying for the dozens of theater folk who take part in it, and pretty much the same for the audiences who flock to it.

It’s the 24-Hour Theater Project, a no-net high-wire act in which six plays are written, rehearsed and performed in a single day.

Here’s how it works: This Friday evening, six playwrights will pull numbers out of a hat, corresponding to a pool of two dozen actors. They then have 12 hours to compose a short play whose characters fit those randomly chosen performers. 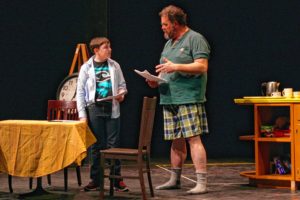 Then, bright and early on Saturday, the bleary-eyed authors deliver their scripts, directors are assigned to them, again randomly, and an all-day rehearsal scramble begins. The six mini-plays premiere at 7 p.m., with an encore at 9, and then the mayfly’s lifespan is over.

The event was based for many years at the Northampton Center for the Arts, but that partnership lapsed when, as the Center’s director Penny Burke puts it, “we were swept away from the old ballroom at Sullivan Square” in 2013. The connection is revived this year as part of the lead-in to the projected opening of the Northampton Community Arts Trust’s new studio-and-performance “work space” at 33 Hawley St., in Northampton, this September.

This year, as ever, the talent pool includes a mix of 24-Hour veterans and newcomers. Trenda Loftin fits into both categories. Having previously participated as a performer, she’ll now be writing one of the plays. “As an actor,” she says, “I was able to connect and collaborate so beautifully with other creators around the work that the writers produced.” The play she writes this weekend “will hopefully encourage that connection and collaboration in others.” 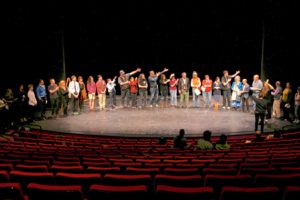 In anticipation of her overnight assignment, she admits to having “nerves, for sure, excitement, definitely, and so much curiosity.” She wonders, “What kinds of thoughts will be pumping through my system that night?” and then the next day, “How will the actors, director, designers, and audience connect — or not! — with my work?”

Another first-timer, in the directing category, is Brianna Sloane, co-founder of TheatreTruck (more on this below). Like many other 24-Hour participants, she relishes the fleeting occasion for collaborating with old friends and making new ones. “I love the whole format,” she says.

As a producer/director who spends months creating her own shows, “It’s great to have the opportunity to make something in a day!”

TheatreTruck, as its transportation-themed name suggests, is a peripatetic troupe, seeking site-specific performance locations that belong to the material being presented. Previous productions have revisited Emily Dickinson in her own house and reimagined the flooding of the Swift River Valley to create the Quabbin Reservoir at the area’s historical society. 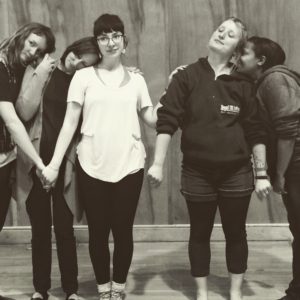 Next weekend, the troupe travels to Leeds for The Mill Project, a new play “exploring women’s bodies in labor and resistance in the age of industrialization.” The piece is based on historical research, incorporating words and music from 19th-century sources. It was devised collaboratively by company co-founders Brianna Sloane and Elizabeth Pangburn, dramaturg Emily MacLeod, composer Emma Ayres and the play’s performers, Christine Stevens, Jayme Winell, Robyn Sutton-Fernández, Maya Lapping Rivera and Julia Read.

Described as a look at “the first generation of American women who worked outside the home — their freedoms and exploitations, their strengths and the dangers they faced, and the expectations society held for them,” the piece invites the audience “to place themselves in history while imagining our shared future.” As the play looks at the lives of those “mill girls” in factory towns like Leeds, the audience, gathered on the town common, will be looking across the Mill River at the historic Nonotuck Silk Mill building. This play is recommended for ages 14 and up. Bring your own chair and/or picnic blanket.