Cinemadope: Pedaling Up a Mountain While Playing the Keyboard 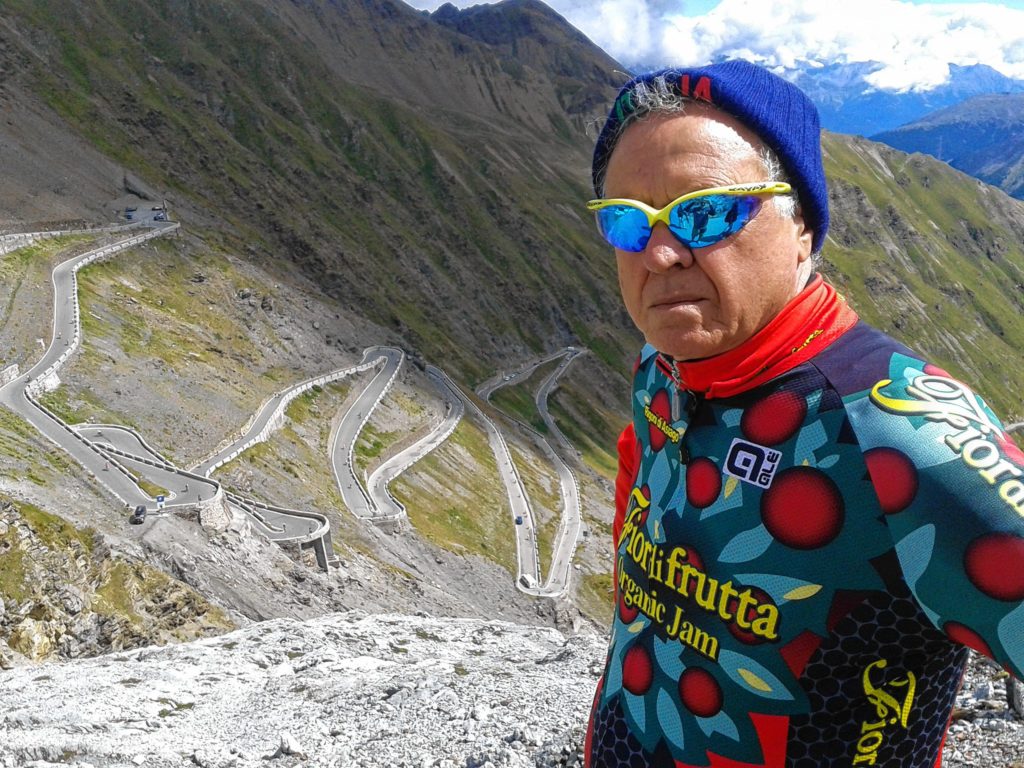 This week, bicyclists (okay, you power walkers can come, too) get a film festival devoted to that sense of freedom when the Ciclismo Classico Bike Travel Film Festival comes to the Academy of Music in Northampton for a Thursday evening screening.

Now in its eighth year, the Ciclismo is the only festival in the U.S. that trains its lens specifically on bike travel, but the stories it highlights are not just for bikers — they are for anyone who has ever imagined an adventure on the open road.

The highlight this year is 48 Hairpin Bends By Night, director Fabrizio Lussu’s documentary about the Italian cyclist Giuliano Calore, a 77-year-old character whose cycling history starts young: as a teen he used to bike over a hundred miles to visit his aunt in Bologna, and “taste some good ice-cream.” In the 1970s he would propose oddball wagers with local cycling clubs (he won, of course) that paved the way for his more theatrical rides: climbing mountain passes while pedaling with only his right leg, or making an ascent while playing a keyboard (music, another childhood passion, was his day job).

For this latest ride, Calore, already a holder of multiple Guinness Book records, decides to go for just one more. He announces a plan to take on the Stelvio Pass in the Italian Alps — a long, twisting, spaghetti strand of a road, most notable for its four dozen tight hairpins — and he wants to do it in style: riding only by moonlight and a small headlight, and without using his hands. Oh, and one more thing: no brakes.

If it sounds insane, it sort of is. “Getting the curve wrong by just half a meter,” notes Calore, “means going off [the mountain].” But Calore has actually done it before (though he may have had brakes that time) in a non-official run many years ago (the Stelvio feels a bit like his neighborhood shortcut, somehow). And perhaps even more remarkably, in 1979 he went up the Pass without using his hands. But mostly what comes across is Calore’s delight at being on his bike. The wind in your face, a breathtaking view, and the sense that anything is possible — that, more than a collection of record-book entries, is his greatest gift.

Also this week: Local Cinemark theaters bring in All Eyez on Me, the biographical look at the gone-too-soon rapper and actor Tupac Shakur, whose short career would revolutionize the worlds of rap and hip-hop. The new film opens on what would have been Tupac’s 46th birthday — he was just 25 when he was shot down in Las Vegas after a gang-related altercation — and stars newcomer Demetrius Shipp Jr., who bears a startling resemblance to the young Tupac. While Shakur remains divisive even today — a poet to some, a gangster to others (though, it’s perhaps worth noting that America has never had much of a problem romanticizing white gangsters) — the film is less about judging one man’s choices and more about showing us the choices he was given.