Back Talk: Death by Hoes and the Curious Case of the Disappearing Signs 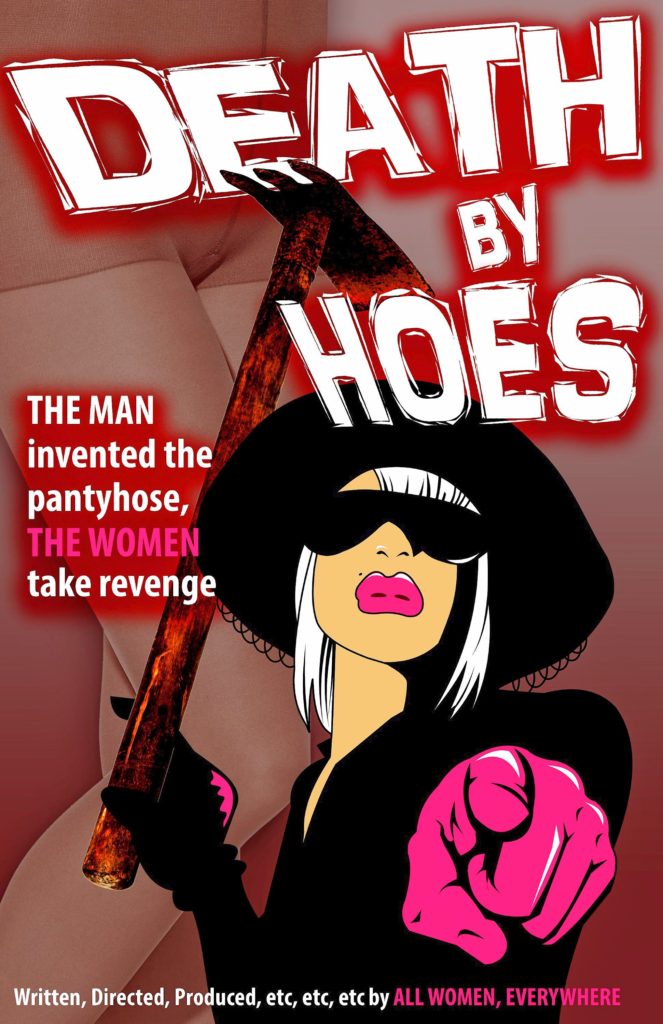 Death By Hoes, the movie! Poster by Jennifer Levesque 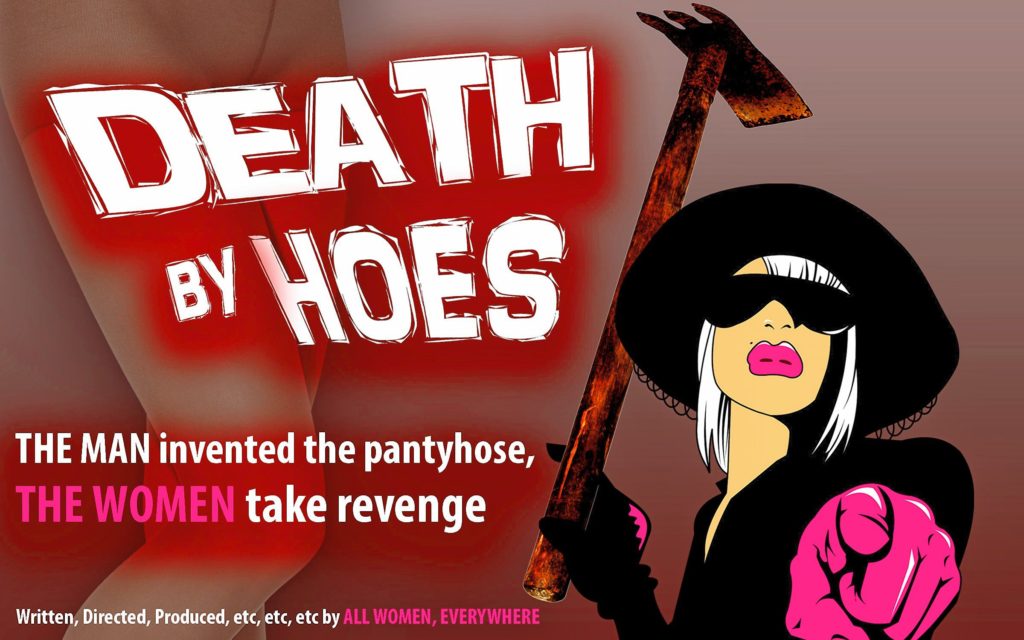 Death By Hoes, the movie! Poster by Jennifer Levesque

In times like these it is more important than ever to focus attention on fair and equal access to freedom of expression.

For the past two weeks, I have been witness to what seems to be the twice illicit removal of a Black Lives Matter sign from the shoulder of Route 141 in a residential district near the base of Mt. Tom. It was about two weeks ago I first noticed the sign placed in the ground alongside a sign of similar type and size bearing the message “We support the Easthampton Police” — a sign I first noticed at that same location several months ago.

The first removal of the Black Lives Matter sign occurred just prior to Memorial Day weekend. By Wednesday of the following week it was back. Within a couple days, it was gone again. However, this time a new, much larger sign announcing an upcoming church bazaar event was in its place alongside the police sign. The date of the church special event is June 25.

Easthampton boasts a whopping 18 pages of sign regulations in its land-use ordinance. In it, special event and political signs in residential districts are limited to 6 square-feet. The Black Lives Matter and police signs looked to be less than that. The church bazaar sign appears to be upwards of 30 square-feet.

Easthampton’s sign ordinance also stipulates time limits for display. Political signs — noncommercial signs erected to show support for a candidate for public office or to express a political opinion — may be displayed for up to 97 days. Special event signs may be displayed for 14 days unless otherwise stipulated in the ordinance.

Considering the current political climate, I find it extremely problematic that, of the three signs that have occupied that one public location in the past weeks, Black Lives Matter is the only one that has been removed.

Thank you for putting all the events for a day in one section — finally! Seems you’ve been tweaking with the formula, from keeping the categories, but putting them all on the same day listing, versus just throwing everything together by day with no category. Either is an improvement over the divided sections that made it a pain to figure out what was happening on a certain day beyond any category.

The Advocate Chat is a weekly series where the Valley Advocate editorial staff talks about what’s in the news. Check out this chat and others at valleyadvocate.com/category/advocate-chat. Have an idea for a topic? Send it to deisen@valleyadvocate.com.

Dave (managing editor): … In some ways, that was why we went to see Wonder Woman. We didn’t know if it was going to be the ultimate feminist movie (though we kinda hoped) but we were giving money to a movie that at least had a female lead.

Dave: Without getting too into the movie it was cool to see a woman kick ass in a super hero way. BUT, a major problem was still that it felt like it was still basically a man’s world she was in. Very few female supporting characters after she leaves her magic island and goes to the real world.

Jennifer: I feel like I’ve been waiting to see this movie since I was a little girl but terrified I’m going to be let down and act like a little girl cause I didn’t get what I want.

Christin (intern): I was kind of disappointed because isn’t Wonder Woman supposed to be a giant buff Amazon woman? She seemed kind of small.

Christin: I thought the executives were too nervous to have a “masculine” looking female lead.

Kristin (editor-in-chief): We need scripts written by women. I think that would fix it up.

Dave: So more female executives, too?