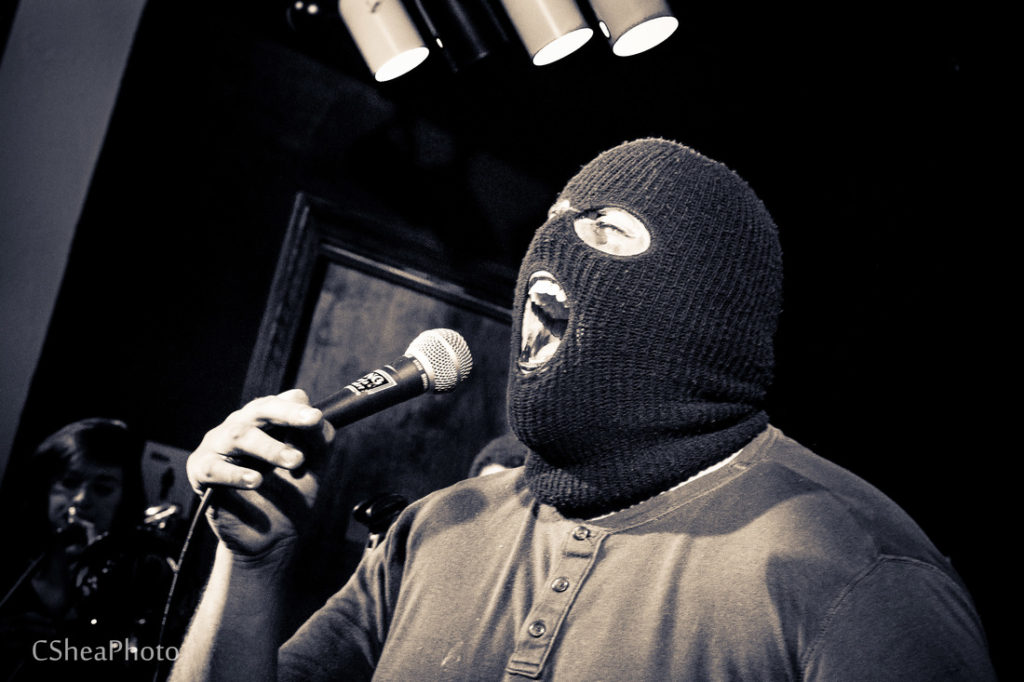 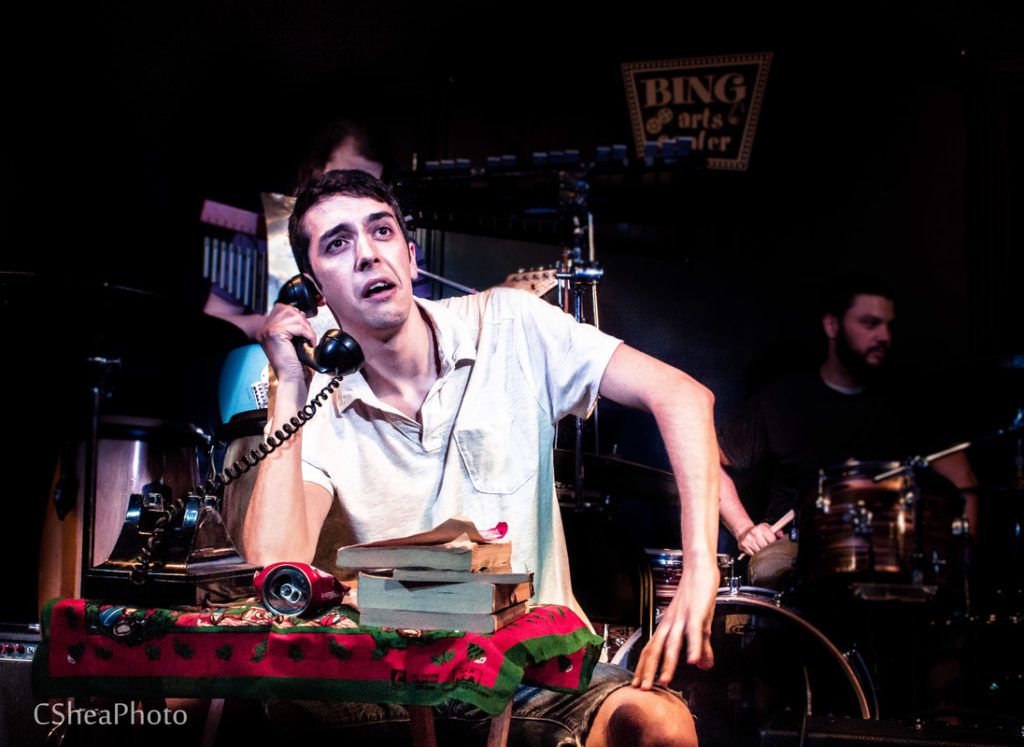 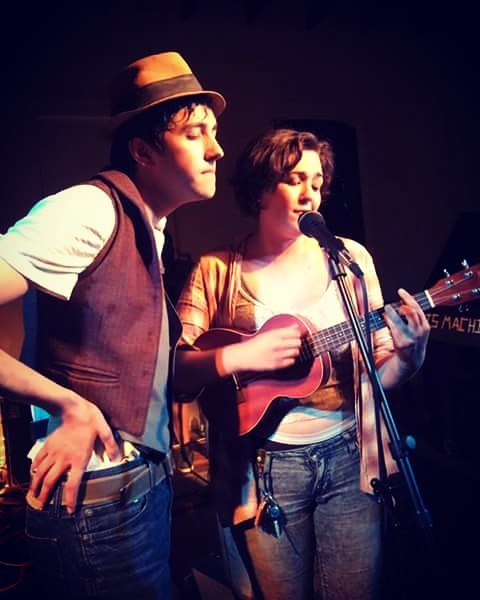 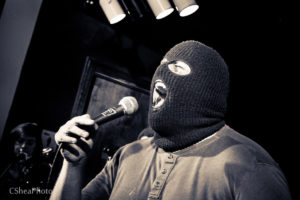 Some might describe The Leafies You Gave Me as a “band,” but that would be an understatement. At least in the musical sense.

Yes, they are musicians. And yes, they make music. But they are a band more like New Oxford American Dictionary’s second definition of the word band: “a group of people who have a common interest or purpose.” It cites the example of a “guerilla band,” which does seem fitting for this 10-piece avant garde ensemble, or in the tongue and cheek words of the bio on their website, “cult.” (Full disclosure: Chris Goudreau, a staff writer at the Valley Advocate, is a member of Leafies.)

Maybe they are a bit culty. Every show starts with their theme song — which recalls that of the ’90s TV show The Rugrats — on speed, and without the innocence granted to cartoon toddlers. The Leafies are one part vaudeville, one part fireside chat, and one part punk show — with everything in between. They’re like a guerilla musical street theatre troupe that fuses violin, horns, pies in the face, ski masks, and idiosyncratic old man voices into something that makes the most sense and no sense at all.

I caught them last month at the Hawkes and Read Performing Arts Center in Greenfield for the first installment of their monthly series, “House of Leafies,” where on the third Friday of each month they host an epic shabang. 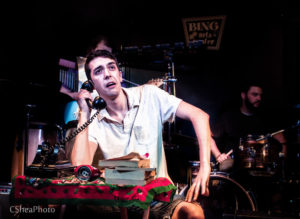 For the first installment, after a series of songs, skits, and various vignettes, The Leafies pretended to host a show within their set — a satirical reflection of the archetypal, tired, and glib house show that can inspire boredom, or even cynicism. Half way through the set, the curtains were closed and hand-drawn flyers were handed out to this “show.”

Different groupings of Leafies changed costumes to perform their fictional sets. The first, Big Junk, a fictional funk band from Northampton. Next was the profoundly mediocre aspiring pop act Natalie and Sharona from Longmeadow, a couple of detached hipsters turning noise knobs on the floor and selling tapes. After that, the prissy, fedora-clad Honey Clouds from Brooklyn played their bubble gum ukulele indie pop. They sold “Vinyl.” And finally Optimal Defiance from Belchertown brought the hardcore punk. They sold patches. And despite the satire, these short sets were as good, or better than, the bands they were poking fun at. They certainly were having a lot more fun. 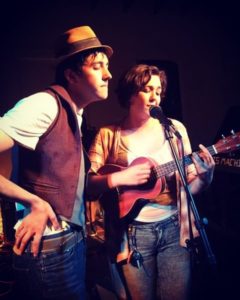 By the time you read this the second House of Leafies (June 16) will have already passed, but there will still be two more: July 21 with Lexi Weege, Scubaphone, and Sodada; and August 18 with Leafies, Bat House, and Dust Witch. Each Leafies performance, except maybe the theme song, will be completely different and is not to be missed.

Will Meyer writes the Advocate’s bimonthly “Basemental” column, you can reach him at wsm10@hampshire.edu or @willinabucket.