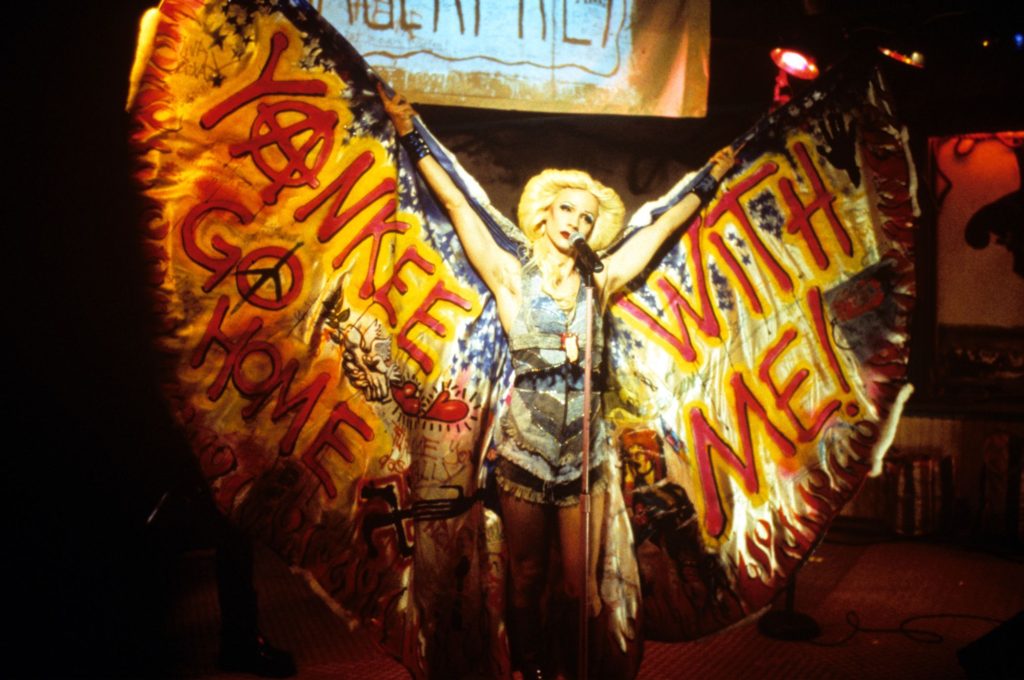 There have been many eulogies given over the years for the American Movie Musical. And while the popularity of the form is certainly not what it was during its heyday — superhero movies, with their own kinds of acrobatics and wish-fulfillment scenarios, seem to have grabbed today’s everyday American — it has never gone away, either.

What, then, changed? The subjects, certainly, grew heavier over the years: the mistaken identity romps that always ended in romance started to look a bit old-fashioned when Cabaret’s goose-stepping dancers were charting the rise of Nazism. And as popular music changed, the loss of a standardized 32-bar style of song and the rise of writer/performers meant that song and story were no longer so easily mixed and matched — if the Beatles were going to make a musical, you better believe it was going to be about the Beatles.

But if the wider popular form began to wane, what rose in its place was just as worthy: films like Nashville; The Wall; and Purple Rain all took the musical in exciting new directions, while Disney began to raise a generation on a new singalong diet. This week, filmgoers have the chance to catch two musicals that span the years.

First up, on Friday night — both films will be screening at Amherst Cinema — is writer/director John Cameron Mitchell’s 2001 gender-bending Hedwig and the Angry Inch, in which he reprises the title role from his stage musical of the same name. The film follows Hedwig — born Hansel, she is left with an “angry inch” of flesh after a botched reassignment operation — from East Germany to Kansas, where the now-divorced Hedwig becomes a musical mentor to Tommy Speck, a timid teen who soaks up Hedwig’s lessons in rock-and-roll history. When Tommy becomes a rock star by betraying Hedwig and stealing her songs, she and her band hit the road to shadow his tour, playing in a string of seafood restaurants to pay their way while she angles for justice. Brimming with a Bowie-esque sense of glam and wit, its greatest message is one of acceptance — of ourselves and others alike.

On Sunday afternoon, the theater turns back the clock for a screening of An American in Paris, Vincente Minnelli’s 1951 musical that paired Gene Kelly and Leslie Caron. In truth, the shift in musicals was already well underway in the Kelly era — after this film and Singin’ in the Rain (1952), Kelly would never again be a true song-and-dance man, and even here the 17-minute ballet sequence that marks the film’s climax pointed to a new time. So, enjoy him as Jerry Mulligan, an American GI who decides to try his hand as an artist in post-war Paris. There, he draws the eye of lonely American heiress Milo Roberts (Nina Foch), who wants to become Mulligan’s patron — with strings. Mulligan, meanwhile, falls for local Lise Bouvier (Caron), who, at least at first, wants nothing to do with him. To help tell the tale, Minnelli turns to the Gershwins, whose most iconic songs (“Embraceable You,” “Love Is Here to Stay,” etc.) make up the bulk of the soundtrack.

Also this week: There has been no shortage of discussion on the issue of immigration in this country lately. What is often missing, however, is the acknowledgement that we ourselves are not only a nation built on immigration, but that even within our own borders we have long been migrants. In his indelible 1940 picture The Grapes of Wrath, director John Ford takes on author John Steinbeck’s story of the Okies, those desperate folk who left the dust bowl of Oklahoma to try to find a better life in California — only to find themselves perhaps even worse off in the migrant camps there. Built on Henry Fonda’s striking performance as Tom Joad, the film recounts one of the most difficult times Americans have faced, and what it takes to get through it together.