A Review Of Sodada’s “Sunshine EP”

What do you get when you combine Pink Floyd’s brand of jazzy progressive rock; the bittersweet melodies of The Beatles; soulful R&B a la Stevie Wonder; and a punk rock attitude? You find a band like Sodada, which succeeds in being much more than the sum of its parts. 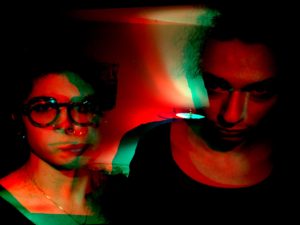 The local quartet, which was recently featured on the Advocate Sessions stage, released a new seven-song extended play (EP) called Sunshine EP on April 1 that features songs about the human condition through poetic waves of symbolism delivered with heart-achingly beautiful soul vocals.

Songwriting duties are split between founding members Hannah Rose, on keyboards and vocals, and Andy Casella on guitar, vocals, and bass. Rose and Casella switch on and off as lead vocalist and often times sing together. Casella’s voice has shades of Jeff Buckley, but with a little less power behind it, while Rose provides a mixture of catchy jazz and soul.

The two voices blend seamlessly together on the first track, “The Morning” — an upbeat jazz/soul hybrid with shimmering keyboards, intricate guitarwork, and nuanced drums that keep the beat while also providing quick and sweeping fills.

“And here we are/ Our pocket of the universe,” Casella delicately sings with a striking vulnerability. Rose joins in with, “You are love, in all its word” and that sense of emotional openness seems recognized and appreciated. That was one of many beautiful moments on “The Morning,” which dares its listeners to connect emotionally.

“Luna” is a song filled with whimsical natural imagery  — “Standing in the garden/ Catching falling stars/ Pink moon whispers/ She sees who we are.” The keyboard line builds across the opening portion of the song, changing octaves, while the guitar plays reverb infused wave-like chords, and the rat a tat of the drums keeps the song from flying out into the ether. A wall of sound explodes at the chorus, “We are all imaginary numbers,” while the keyboard lays down a hypnotic groove. This song is where the band gets into heady atmospheric jamming. Think less Grateful Dead and more Pink Floyd’s Dark Side of the Moon.

The title tracks of Sunshine EP — “Sunshine” Parts 1 & 2 — are the focal points of this record for a reason. “Part 1” is a ballad that takes full advantage of Roses’ Motown stylings. Things get a little weirder on “Part 2” as Rose’s’ vocals are mimicked and processed through robotic effects while retaining the human quality. It’s a nice contrast that’s not expected in the least.

The EP closes with Casella singing triumphantly. “This is the creation of/ Unconditional love, yeah/ Going home/ To you, I’ll see you there/ This is the beginning of something beautiful of/ Something beautiful/ And I’m home/ With you/” It’s a fitting way to end the record that grants listeners a sense of epiphany about what it means to be one person among billions on a tiny rocky planet revolving around a giant orb of plasma in an incomprehensibly vast universe filled with sorrow, joy, and everything in between.