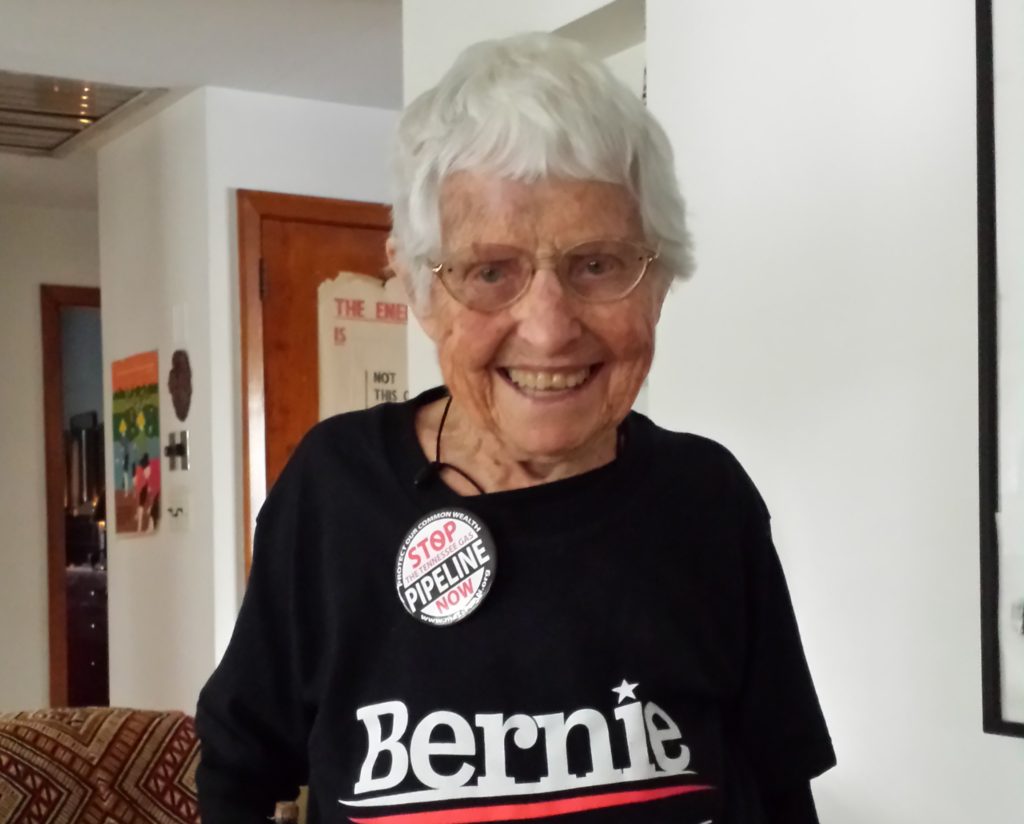 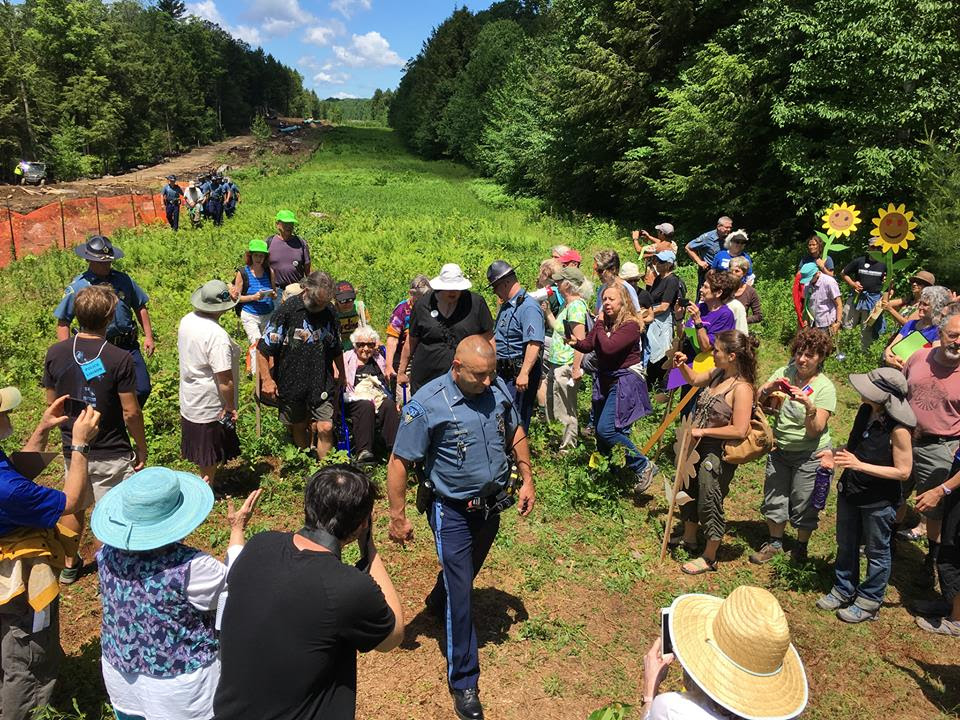 Ninety-eight-year-old peace activist Frances Crowe of Northampton is thinking about the future. 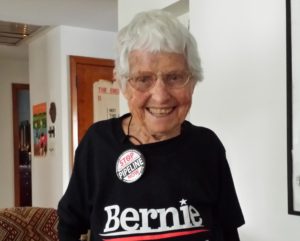 Frances Crowe at her home in January 2016. Dave Eisenstadter photo

That’s why she was arrested last month along with seven other people protesting Tennessee Gas Pipeline’s $93 million 13-mile tri-state Connecticut Expansion Project in Sandisfield’s Otis State Forest on June 24. The group, including Crowe, is set to appear in Southern Berkshire District Court for civil violations of trespassing on July 18.

Crowe told the Valley Advocate she decided to protest the pipeline because she believes the fossil fuel industry is “threatening the future of life on this planet.”

“Not much attention was being given to what was going on over there, so some of us decided to do an action and I was one of them,” Crowe said.

She said she was originally charged with criminal trespassing, which was reduced to a civil violation along with others who were arrested. She wasn’t handcuffed because she’s wheelchair bound, but said other activists were.

Abigail Ferla, media committee coordinator for the Sugar Shack Alliance, said the activists were released without bail on June 24. 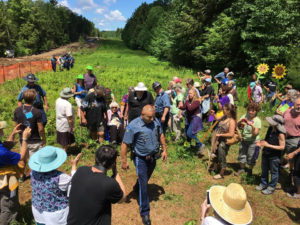 Photo of the arrest on June 24. Frances Crowe is in the center in the wheelchair. Photo courtesy the Sugar Shack Alliance

A press release from the Massachusetts State Police states the arrests were made without incident and the protest was peaceful. The eight people who were arrested were transported and booked at the Berkshire House of Correction.

A group of eight protesters affiliated with the Sugar Shack Alliance arrested on May 2 were also found responsible for civil infractions of trespassing and were ordered to pay $100, according to Justice of the Berkshire District Court Paul Vrabel’s decision on June 29.

Ferla said trees have been cut down for machinery to travel and lay down pipe throughout the four-mile stretch of pipeline at Otis State Forest.

“There are wooden planks that have been laid all through the easement to create a road for big machinery to drive on,” Ferla said. “Supposedly, that protects the wetlands underneath. They’re currently in the process of blasting rock, which is fairly dangerous considering there’s two [previously installed] pipelines that are buried under the mound in place.”

During construction of the last pipeline, which was put in place during the 1970s, the first pipeline was damaged during blasting, she said.

“There’s no evacuation plan for the local residents,” Ferla said.