Cinemadope: I Like Mike, Michael Keaton doesn’t get enough credit 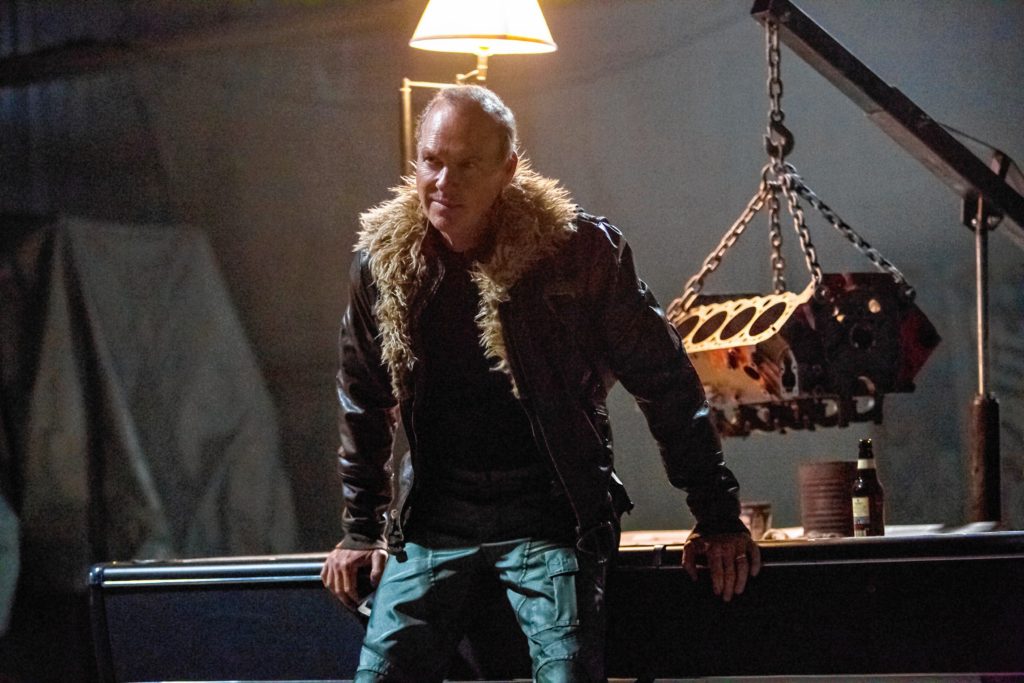 In film, there have always been levels of stardom. There are those stars whose wattage is measured in tooth whiteness, and whose films are expected to earn many millions based more or less on their mere presence — your Pitts, your Cruises, your Lawrences. Then there are those whose star power is moodier, imbued with more actorly gravitas — the Day Lewises, for short. It’s okay if their films don’t always make millions, because they might still win a bunch of Oscars later that the studio can proudly point to when their ersatz-Egyptian action thriller bombs.

But then there is a third stardom that is harder to pin down. These are those men and women who seem to grow along with us, working steadily at their craft through the years without ever going supernova. There are many of them; each generation will have their own, riding beside us as we travel through our own coming-of-age stories. For me, one of these actors is Michael Keaton.

My first memory of seeing Keaton is in the 1983 comedy Mr. Mom, in which he played a laid-off engineer who becomes a stay-at-home dad when his wife (Teri Garr) returns to the workforce. I was 10 when it came out. A few years later, Keaton came back into my life with Beetlejuice (playing this Thursday at 7 p.m. at Amherst Cinema), the delightfully weird Tim Burton romp that starred Keaton as an obnoxious ghost who wreaks havoc on the lives of everyone around him. This was when Keaton began to seem like a familiar uncle who was discovered to be leading a secret life filled with wonder and adventure. He looked normal on the outside, but now we weren’t so sure.

And yet he remained, somehow, a bit under the radar. When Burton’s Batman was released in 1989 (by then I was in high school, if you’re keeping track), Keaton — who, remember, was playing Batman — got second billing; Jack Nicholson came first. And so it went for years: steady, decent work, sometimes in subpar films, but always hanging around. Then in 2014 he made Birdman with director Alejandro G. Iñárritu, and was nominated for an Academy Award. (The film won four Oscars; Keaton lost out to Eddie Redmayne that year.) Suddenly, I realized how used to Keaton I’d become — and how glad I was that he had come all this way.

After Batman and Birdman, Keaton is back on screen this week in Spider-Man: Homecoming. Following on the heels of the web-slinger’s introduction in the last Captain America movie, this new Spider-Man, played by Tom Holland, is still pretty green. Thrilled by his first taste of adventure with superhero outfit the Avengers, he is eager to return to the big stage, but still too inexperienced to get the go-ahead from Avengers’ honcho Tony Stark (aka Iron Man). When a new villain arrives on the scene — Keaton’s grizzled, earthy Vulture, sporting a suit of metallic wings and a grudge against billionaires like Stark — the youngster gets a chance to prove his worth.

I doubt very much that this new Spider-Man will be among the best movies I’ll see this year. But that’s okay — sometimes visits with old friends don’t need to be much more than a couple of comfortable chairs and a good story to pass the time.

Also this week: Amherst Cinema screens Chasing Trane, director John Scheinfeld’s 99-minute exploration of jazz legend John Coltrane. Screening Wednesday night at 7 p.m., the film looks not just at the music but at the man who made it, and at the world that made that man. There are moments when I wished the film would dive more into the meat of the music and offer less of the famous, but, in this context, unimportant commentators (sorry, Bill Clinton) . Overall, though, it is a welcome look at an American giant.