The News of the Weird Author is Retiring: Here’s a Retrospective 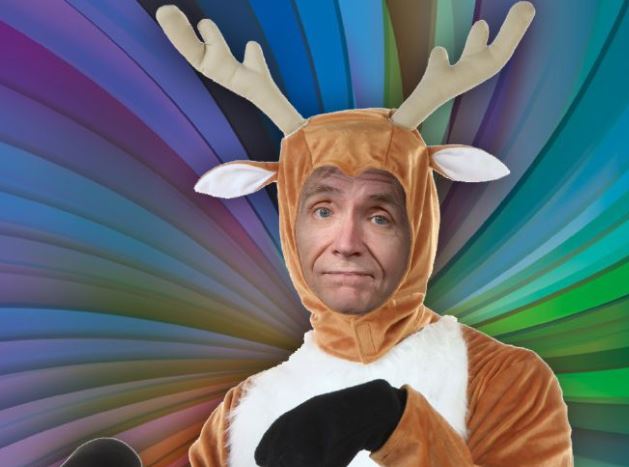 Editors Note: News of the Weird is ending, but we’ll be continuing the tradition at the Advocate, starting our own feature highlighting the oddities we find in the news. Watch for it next week! 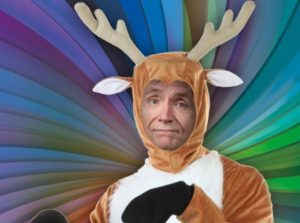 Weird News is forever, but this is my last “News of the Weird” column, as I am now exhausted after almost 30 years in the racket. In this final edition, I remember a few of my favorites. My deep thanks to Andrews McMeel Syndication and to readers, who started me up and kept me going. Y’all take care of yourselves.

(1995) A Chesapeake, Virginia, inmate filed a $5 million lawsuit against … himself — accusing himself of violating his religious beliefs and his civil rights by getting himself drunk enough that he could not avoid various criminal behaviors. He wrote: “I want to pay myself $5 million (for this breach of rights), but ask the state to pay it in my behalf since I can’t work and am a ward of the state.” In April, the lawsuit was dismissed.

(2002) The Lane brothers of New York, Mr. Winner Lane, 44, and Mr. Loser Lane, 41 (their actual birth names), were profiled in a July Newsday report — made more interesting by the fact that Loser is successful (a police detective in the South Bronx) and Winner is not (a history of petty crimes). A sister said she believes her parents selected “Winner” because their late father was a big baseball fan and “Loser” just to complete the pairing.

(1996) A pre-trial hearing was scheduled for Lamar, Missouri, on a woman’s lawsuit against the county for injuries suffered in a 1993 fall in the icy, unplowed parking lot of the local high school. The Carthage Press reported that she claimed damage to nearly everything in her body. According to her petition: “All the bones, organs, muscles, tendons, tissues, nerves, veins, arteries, ligaments … discs, cartilages, and the joints of her body were fractured, broken, ruptured, punctured, compressed, dislocated, separated, bruised, contused, narrowed, abrased, lacerated, burned, cut, torn, wrenched, swollen, strained, sprained, inflamed, and infected.”

(1994) The New York Daily News reported in April on a cellblock fight between two convicted murderers at the Nassau County jail. Reportedly, the first (convicted of six race-related murders on the Long Island Rail Road in 1993) was using a telephone and told the other (a serial killer serving 203 years for nine murders) to be quiet. According to the Daily News source, the first told the other, “I wiped out six devils (white people), and you only killed women.” He allegedly responded, “Yeah, but I had more victims.” The first then allegedly ended the brief incident by punching the other in the mouth.

(1999) At Last! A Job That Actually Requires Geometry! Commissioners in Florida’s Seminole County and Manatee County passed ordinances regulating public nudity by requiring women to cover at least 25 percent of the area of their breasts and at least 33 percent of the buttocks, with detailed instructions as to the points from which each coverage must be measured. (Refresher for law enforcement: The lateral area of a cone is pi (times) r (times) s where r = radius and s = slant height; for the surface area of a sphere, it’s pi (times) r (squared), and for a flat surface, it’s length times width.)

(1998) On the day before Good Friday, reported the Los Angeles Times, Dr. Ernesto A. Moshe Montgomery consecrated the Shrine of the Weeping Shirley MacLaine in a room in the Beta Israel Temple in Los Angeles. Inspired by an image he said he had while riding in the actress’s private jet, Montgomery said a subsequent large photograph of him with MacLaine was “observed shedding tears,” which had inspired prayers and testimony of miraculous healings.

(1993) In May, an Elk River, Minnesota, landlord reported that his tenant had fled the area, abandoning his rented farmhouse and leaving behind at least 400 tons of used carpeting, at least 10,000 plastic windows from Northwest Airlines planes, and rooms full of sofas, mattresses and washing machines, among other things. The tenant told townspeople he ran a “recycling” company, but there was no evidence of sales. A deputy sheriff driving by the farmhouse the year before saw him burying carpeting with a tractor and said he merely muttered, “I don’t know what to say. You got me. I can’t even make up an excuse.”

(1990) An FBI investigation into interstate trafficking by diaper fetishists resulted in the arrests of five men belonging to an organization called the Diaper Pail Foundation, which has a letterhead and publishes a newsletter and information exchange for members. A Madison, Wisconsin, man, arrested in April for possession of child pornography, was found inside a van taking pictures of a child relieving himself. The man had offered service to the child’s parents as a toilet trainer.

(1992) The Philadelphia Inquirer reported in June on the local “Silent Meeting Club,” consisting of several people who gather at various spots around town and make it a point not to speak to each other. Founder John Hudak said his inspiration was his observation that people often feel obligated to talk when they really have nothing to say, such as at parties, and wondered how nice it would be “to have a group of people where you wouldn’t have to talk.”

(1991) In May, a 60-year-old man from Compton, California, finally passed the California Bar exam. He graduated from law school in 1966, but had failed the exam in each of his previous 47 tries.

(2004) The New York Times reported in February on a Washington, D.C., man whose love of music led him, in the 1960s, to meticulously hand-make and hand-paint facsimile record album covers of his fantasized music, complete with imagined lyric sheets and liner notes (with some of the “albums” even shrink-wrapped), and, even more incredibly, to hand-make cardboard facsimiles of actual grooved discs to put inside them. “Mingering Mike,” whom a reporter and two hobbyists tracked down (but who declined to be identified in print), also made real music, on tapes, using his and friends’ voices to simulate instruments. His 38 imagined “albums” were discovered at a flea market after Mike defaulted on storage-locker fees, and the hobbyists who found them said they were so exactingly done that a major museum would soon feature them.

(1999) From a May police report in The Messenger (Madisonville, Kentucky), concerning two trucks being driven strangely on a rural road: A man would drive one truck 100 yards, stop, walk back to a second truck, drive it 100 yards beyond the first truck, stop, walk back to the first truck, drive it 100 yards beyond the second truck, and so on. According to police, the man’s brother was passed out drunk in one of the trucks, so the man was driving both trucks home (though the success of such a scheme is better imagined if the driving brother has a high blood-alcohol reading, too — which was the case).

(1988) And, from the very first “News of the Weird” column came the Tennessee 16-year-old who was married at 15 and granted a divorce from his wife, 13. He had previously been married at age 12 to a 14-year-old (and fathered children with both), but the first wife divorced him because, as she told the judge, “He was acting like a 10-year-old.”