The Beerhunter: From Homebrew to Hotspot 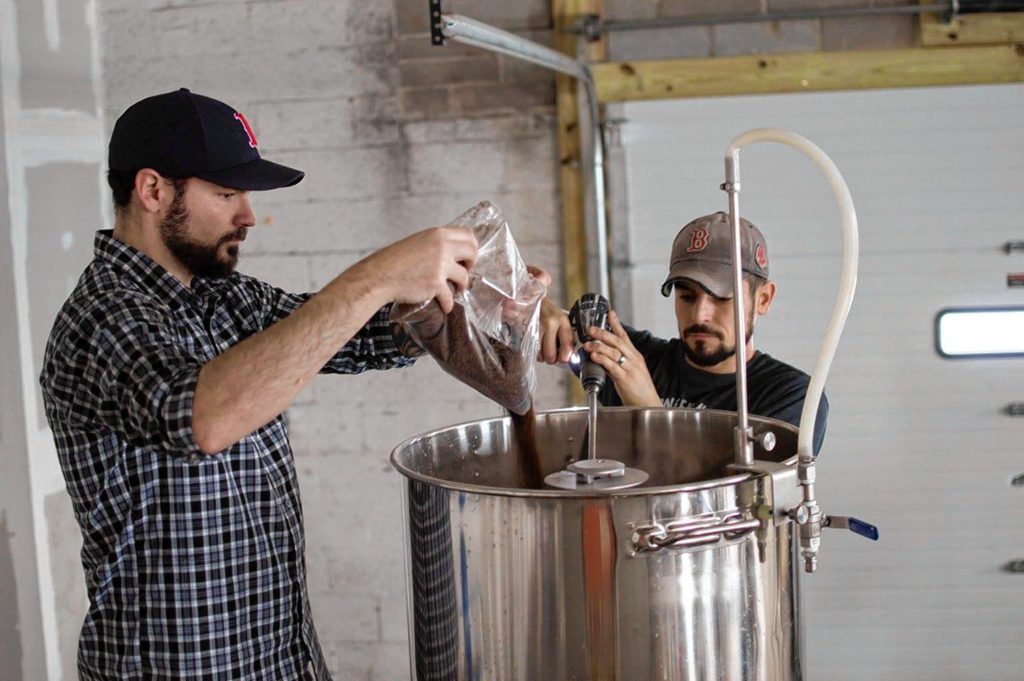 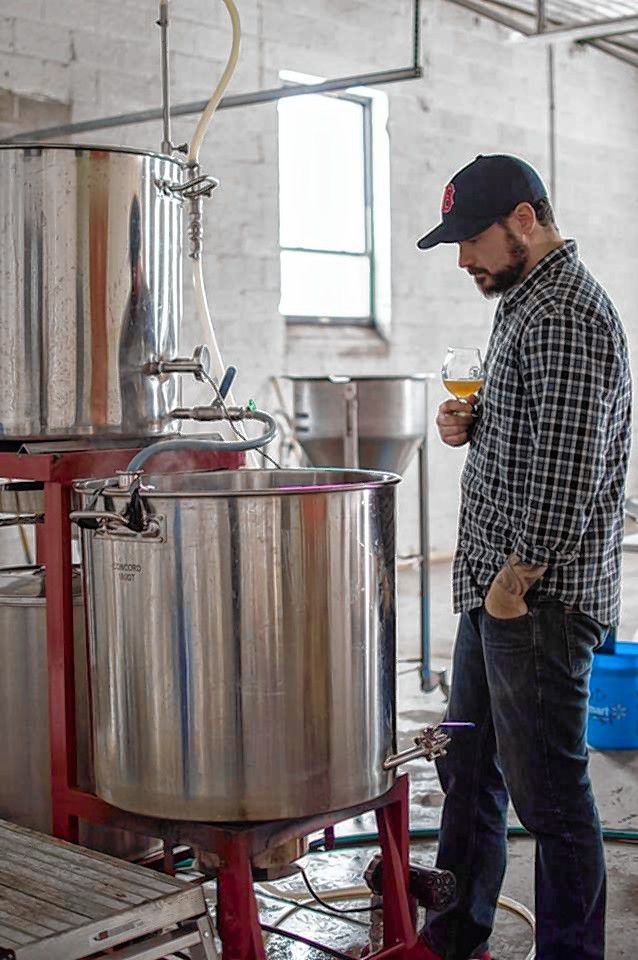 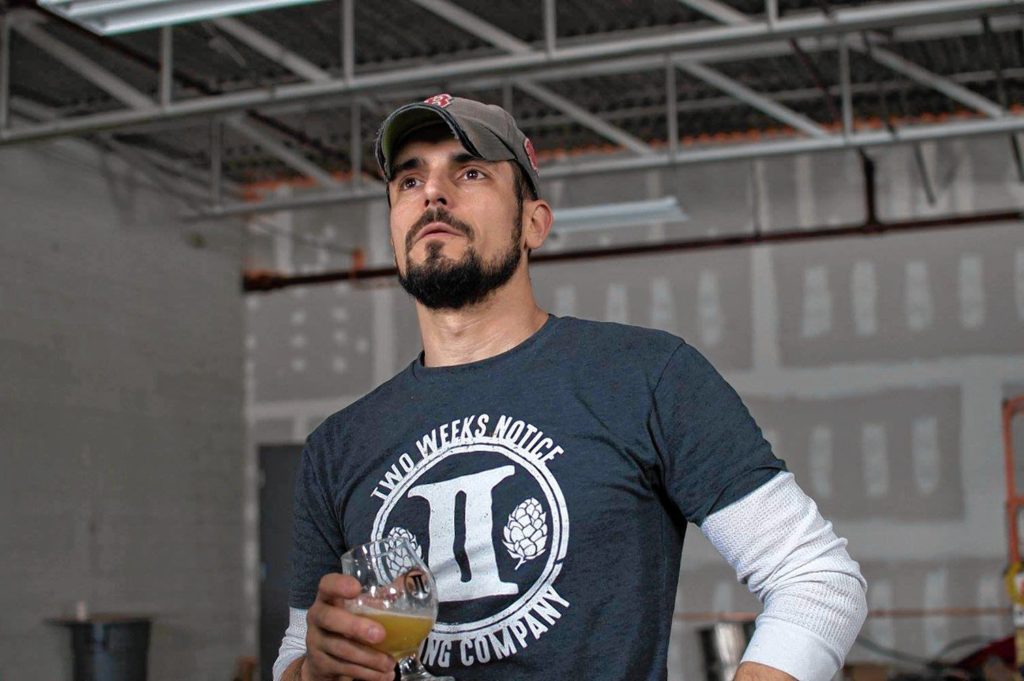 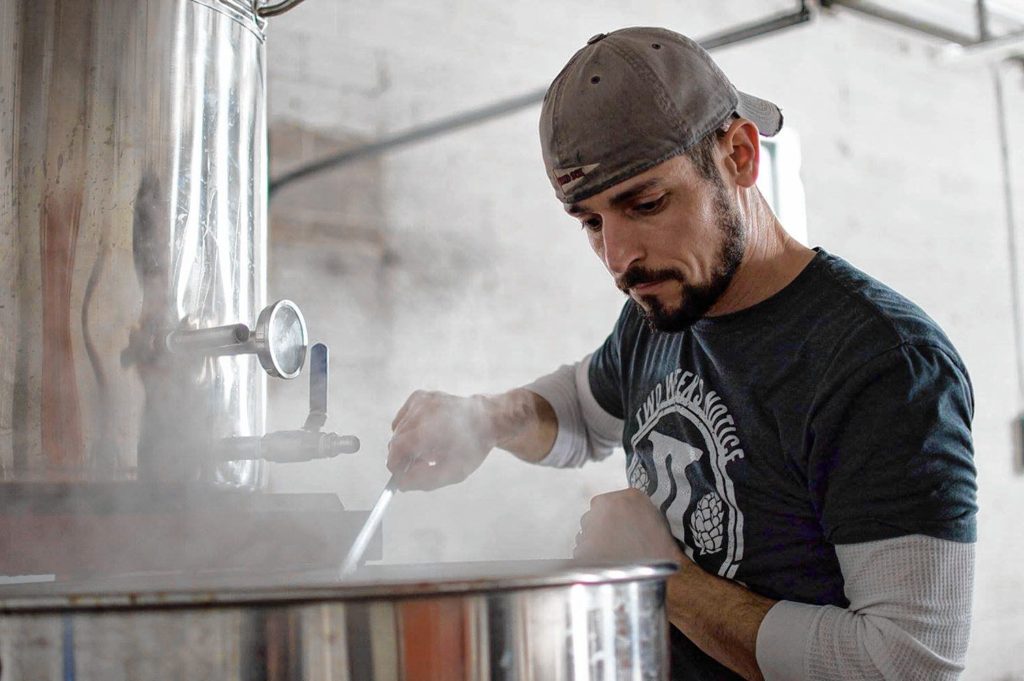 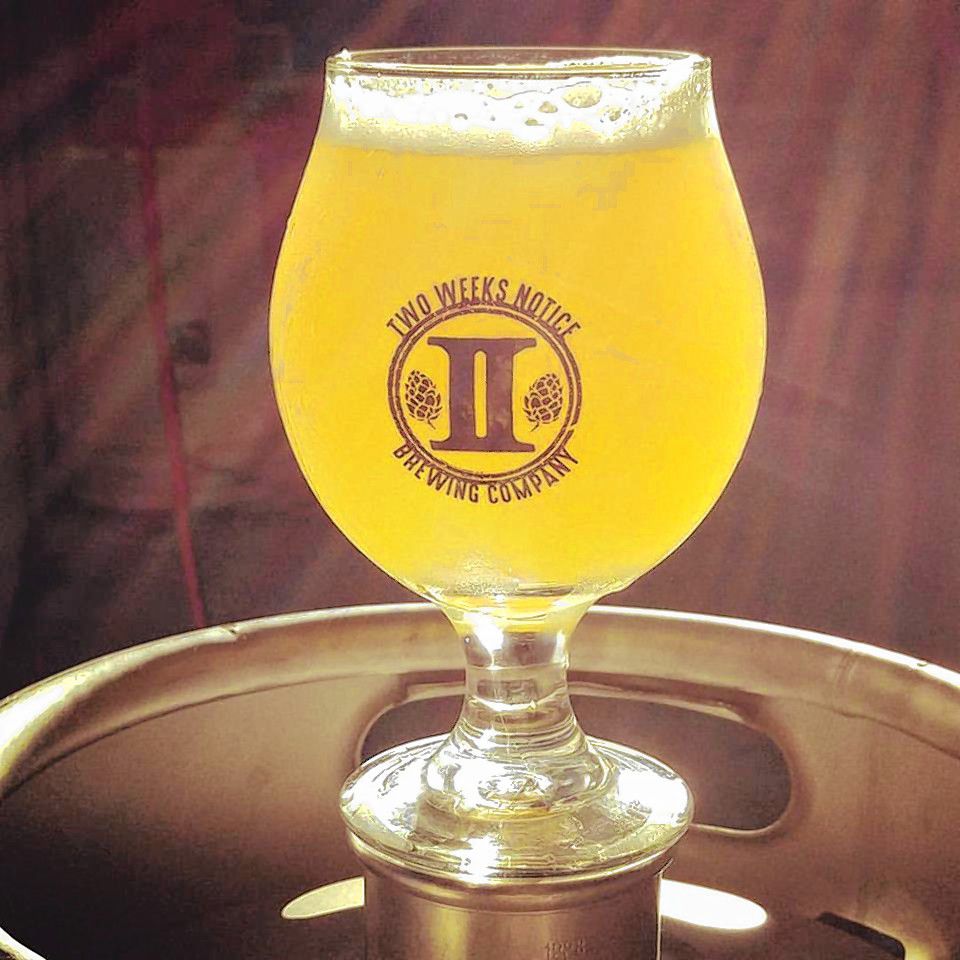 Don’t let the name of their new Westfield brewery fool you — Mark Avery and Rich DeSousa aren’t preparing to quit their day jobs. But the two friends and business partners are still opening up every spare hour, every day they can, to get Two Weeks Notice Brewing Company off the ground.

Avery’s beers proved a hit during Western Mass Beer Week in June, when Two Weeks Notice collaborated on an IPA with Ludlow’s Vanished Valley Brewing and tapped their first few kegs at Skyline Trading Company in Westfield. And the brewery space is secured as well. Avery and DeSousa are currently elbows-deep in the build-out of a 1,800 square-foot space on South Broad Street in Westfield, five minutes from the city’s center.

They plan to open the space once per week beginning next month, at which point visitors can swing by to purchase packs of freshly-canned beer. A limited amount of beer will be sold on draft at area bars and restaurants as well. For now, Two Weeks Notice will not distribute to stores.

These guys feel it’s best to start small and find their feet before expanding too quickly. Although Avery and DeSousa have their eye on a ten-barrel system, and they’ve put a down payment on a manual canning line, Two Weeks Notice is launching with a one-barrel system. Effectively, as Avery put it, “it’s like homebrewing on steroids.”

That’s appropriate, given how Avery met DeSousa. Avery, who lives in Southwick, has been homebrewing for years. While working in sales for a manufacturing company, he has always dreamed of starting a brewery. About two years ago, Avery threw a party while he was brewing a batch, and invited his co-worker Liz DeSousa — who brought her husband, Rich.

“They came over,” Avery said, “and from the beginning, Rich just believed in it — the whole idea.”

DeSousa lives in Sturbridge. He is a home improvement contractor by day, but a dedicated craft beer fan by night. “I went over to that party just to have a good time,” he said, “but that was the first time I had ever tasted a homebrew and thought: this is actually really good beer!”

“Rich asked if I needed help, or if he could be a part of it,” Avery said. “I thought it’d be great if we could push each other on it, and make it something really great.”

About a year and a half ago, Avery started entering his beers into competitions. He brought two beers — a New England-style IPA called Resignation and a coffee porter — to a competition at the Beer Shop in East Longmeadow, and won two awards. A few months later, he entered The Worthy Brewfest in Springfield, and tied for first place.

Since then, that coffee porter has evolved into a coffee stout and, according to DeSousa, “we’ve made that IPA a hundred ways. We are still working on making it even better. That’s one thing about Mark and me — we’re never satisfied. We always want it to be a little better, a little different, and even more special.”

Avery has about 20 favorite recipes, but Two Weeks Notice will start by selling four: Resignation IPA — which is made with Citra, Mosaic, Amarillo, and Columbus hops — plus a blonde ale called Fake Saturday, a pale ale called Casual Friday, and a double IPA called Bricks and Duct Tape.

By starting with these four, Avery can more easily line up the bulk of the ingredients he’ll need for the next brews, which will cross styles and may use some experimental hops.

“We’re also farmhouse ale fans, and sour fans,” he said. “Eventually we’ll get to a point when we can do some things like that. But for the most part, we’ll be doing a lot of hop-forward beers, some darker beers and stouts, and some seasonals.”

Finding the time to get a brewery off the ground while working full-time jobs has proved “a tough balance,” De Sousa said. “We’re finding our way and doing the best we can.”

But word is spreading, Avery said, and people are getting excited. “The weeks leading up to Beer Week were some of the more stressful weeks we’ve had,” he said, “as far as transferring beer, cleaning kegs, and making sure the production is good and everything’s on time. But to me, this is exactly what I’ve always wanted. This is the dream becoming the reality.”

“It’s a marriage,” DeSousa said. “I’m married to this ugly dude. It is what it is. We fight like a married couple, and we get frustrated. But I love this guy. And I wouldn’t want to do it with anyone else. We understand that at the end of the day, seeing people excited about this — that’s where we get our juice from. That’s what keeps us going.”