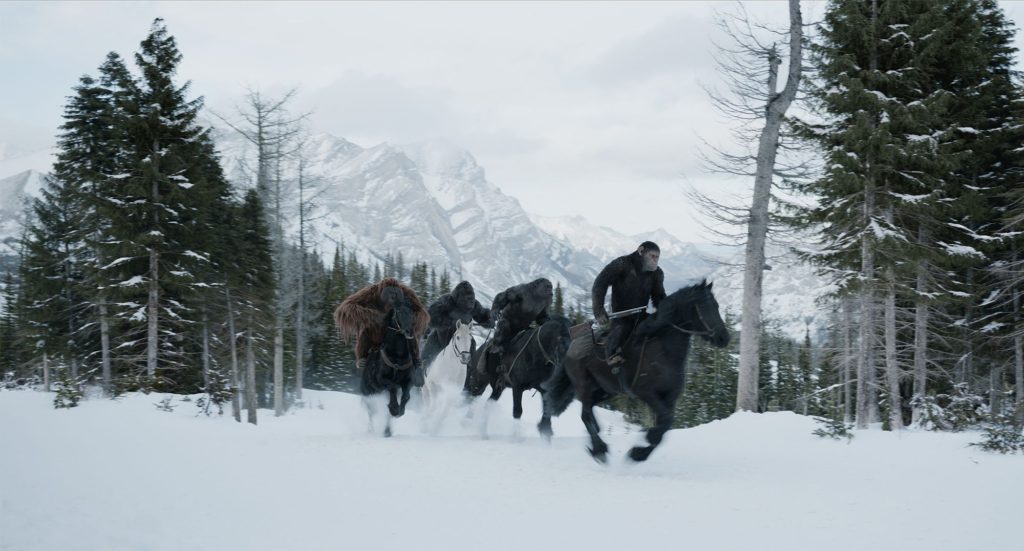 At the risk of sounding impossibly out-of-touch, let me tell you something: I sure do miss Dialing for Dollars. That syndicated TV program — in which an afternoon movie was chopped into a few hundred pieces, allowing host George Allen to pick a number out of the area phone book and call cash-hungry viewers during the many breaks — did more for my early interest in movies than it had any right doing.

Maybe it was because it was on in the afternoon hours, when the only competition came in the form of soap operas or homework, but I can recall more than a few classics that I first stumbled upon through the show. For all the goofiness of the presentation, the films stuck with me. I hope, with summer here, that today’s kids have some equally lazy way of tripping over something they didn’t know they’d love.

One first-time movie experience that has stayed with me more than most from that era, even if the film itself is not one I return to often, is Planet of the Apes. The original 1968 treatment of the story stars Charlton Heston as astronaut George Taylor, who after a long deep-space hibernation awakes to find that he has crash-landed on an unknown planet in the distant future. In short order, he and his crew mates are captured by a band of intelligent gorillas; on this world, it is the apes that rule, while the humans are a primitive culture. Man and beast spar for a bit before Heston is let loose, setting up the movie’s big reveal when he discovers a ruined Statue of Liberty beyond the borders of the ape society — he has been on Earth all along, returning from his interstellar voyage after people had destroyed the planet in war. (It should come as no surprise that the original screenplay was written by Rod Serling, of The Twilight Zone fame.)

While the original series looks dated now, the franchise got a reboot with 2011’s Rise of the Planet of the Apes (I’m leaving aside the standalone Tim Burton remake from 2001), which capitalized on the technology of motion capture to help create more believable onscreen apes. And at the heart of those apes was actor Andy Serkis as the chimpanzee Caesar, who will become the leader of their tribe. Serkis, who also played King Kong not long ago and continues his work as Caesar in War for the Planet of the Apes (out this week on various local screens), brings an inner life to the character that in earlier installments could never make it past all the layers of latex and foam. His performance is so utterly different from a traditional voice-over-animation scenario that there have been calls to adjust the rules of the Academy to better recognize work like his come Oscar season.

In the new film, directed by Matt Reeves (Cloverfield, Let Me In), Caesar and his followers are at war with humankind. The humans are led by “The Colonel,” a military man played by Woody Harrelson, who is channeling an Apocalypse Now/Marlon Brando-vibe here. As Reeves and his crew take the story closer in time to the opening of the 1968 film, things take some twists: the jungle environments are traded in for snow-covered terrain, and the once peaceful Caesar finds himself struggling with some of his more violent instincts as the humans continue to slaughter his kind.

I will be the first to say that this is exactly the sort of film that many people might never think to seek out — at first glance it looks like a fairly common summer blockbuster. But sometimes a film can be a blockbuster and still linger on in other, less immediately obvious ways. This might be one of those films, but we no longer have a Dialing for Dollars to help us find out about such things. If you’re curious, you’ll have to head out and find it for yourself.

Also this week: Amherst Cinema screens Rumble: The Indians Who Rocked the World on Wednesday night at 7 p.m. Directed by Catherine Bainbridge and Alfonso Maiorana, it tells the tale of a long-hidden chapter in the story of American music — the influence of Native American musicians. Featuring the music of Charley Patton, Mildred Bailey, Link Wray, Jimi Hendrix, Buffy Sainte-Marie, and Robbie Robertson — and that’s just a partial list — Rumble is sure to make itself heard.