Review: ‘In a Different Light’ at Easthampton City Arts Gallery 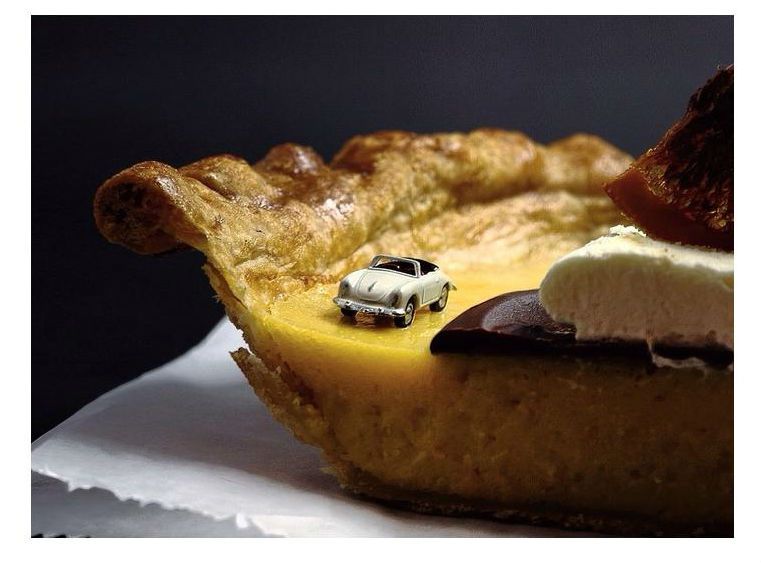 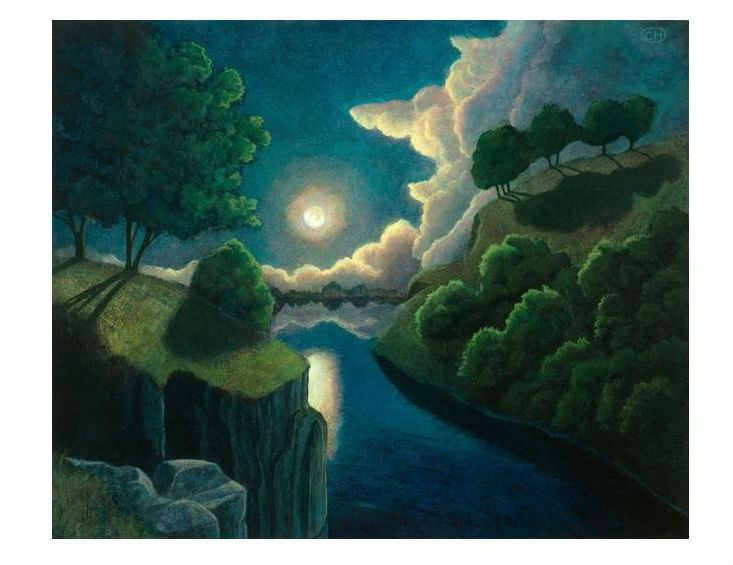 Thirteen of America’s presidents gather for a summit. They listen as Thomas Jefferson explains this new majesty before them — a giant, wonderfully fluffy chocolate-glazed doughnut with rainbow sprinkles. Teddy Roosevelt gathers his jacket at the hip judging the round table’s character. Ulysses S. Grant looks dumbfounded. George Washington, with his clenched fists and downcast eyes, appears to be looking for an excuse to leave.

This is one of the scenes, in miniature, that Dave Rothstein has created as part of his U.S. Presidents series of Louis Marx & Company figurines-and-food photographs. Some pieces from this series are on view at the Easthampton City Arts gallery on Main Street as part of the joint show In a Different Light featuring the works of Rothstein and painter Caren Hyde, both of Northampton.

The Presidents collection seeks to “sprinkle” U.S. history with humor, Rothstein says, and he delivers on this mission. Photos of Jimmy Carter with a peanut butter chip donut, Gerald Ford standing smartly beside a blazing-pink frosted donut, and Ronald Reagan among a pile of blueberry jelly beans are giggle-worthy. But as the tittering fades and you continue to admire the photos, the absurdity of the scenarios reveal smart commentary on American politics.

In a Different Light asks viewers to go beyond first impressions and dig deeper into the meaning of jokes, via Rothstein, and illumination, via Hyde.

Hyde’s contributions to the show are landscape paintings of twilight and nighttime that use light to bring drama. The first thing you may notice about Hyde’s paintings is that there is something innately different about them — there’s a raw softness that suggests pointillism in some pieces and wispy strokes in others. How does she do that? By ditching paint brushes.

Feeling constrained by the way paintbrushes “draw and describe” her pieces rather than paint them, Hyde says she decided to find new ways of getting acrylic paint onto wood panels. Tools she’s experimented with include cotton buds, wire, rags, clay tools, flexible and non-flexible plastic, paper towels, sticks, sponges, and rollers. Using these instruments adds “chance” to her art — because she is working with various tools, there is always the possibility for her paintings to grow in unexpected ways. “Chance mutations occur within an intentional process,” she says.

On the day I went to the exhibit, which was before the July 8 opening so things may have changed, Hyde’s pieces flanked Rothstein’s, giving the viewer a sense of drifting into a dreamy slumber, then having some wacky dreams before waking up to a new light.

In addition to photos from Presidents, the gallery also has pieces from Rothstein’s figurine-and-food Small Portions series, which showcases produce and tasty goods from Valley farmers, chefs, bakers, brewers, vintners, and frozen-treat makers. The Orthodox Jews with apples and honey is particularly funny and soothing, while the bicyclists making their way up a kiwi popsicle, in “Pop-cycle,” is cute and whimsical.