Down to Earth: No, The Car Is Not King 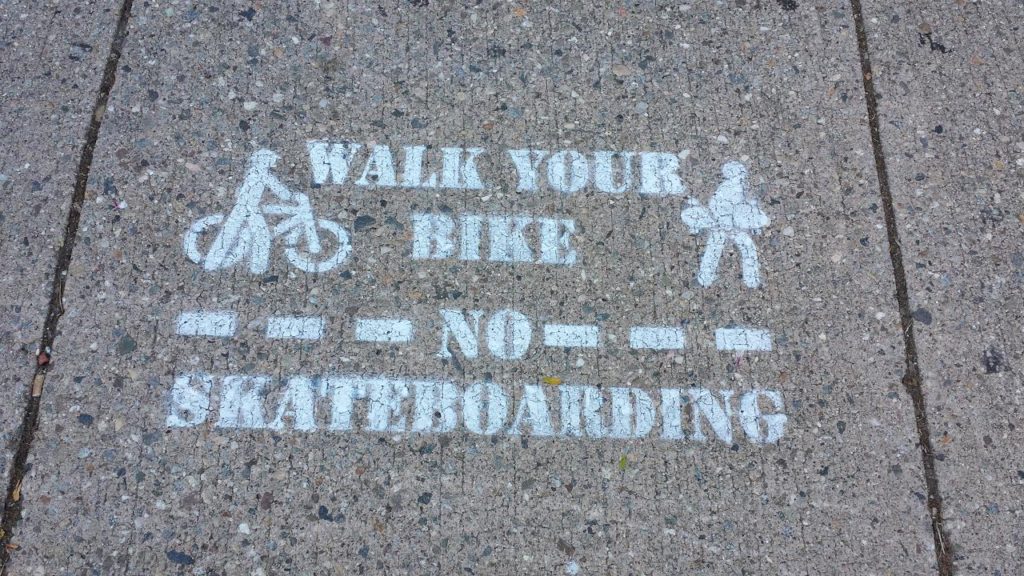 We’re in the middle of a national crisis of public life. The idea that we can make life better by sharing our collective wealth (money and natural resources) and brainpower (science, engineering, literature and the arts) is under threat.

In a recent article for Salon, Henry A. Giroux called it “the withering of civic attachments, the undoing of civic culture, the decline of public life and the erosion of any sense of shared citizenship.”

Nowhere is this phenomenon more evident than in transportation. The ascendancy of the car symbolizes our national obsession with atomized individuals moving at top speed wherever they want, each one surrounded by an armored, impregnable cask of metal.

The car represents an insistence on individual ownership and consumer display, rather than sharing and mutual benefit. We drive at the expense of a public good — a clean atmosphere, as greenhouses gases and soot build up, changing our climate and damaging our lungs.

Meanwhile, public transport and other sustainable means of moving around risk getting chipped away. Even here in the Valley, normally a great supporter of sustainable measures, our transportation systems are at risk.

Recently, the PVTA announced it may have to cut a number of bus lines due to shortfalls in the state budget.

These include the express bus between Northampton and Amherst, routes that link Hampshire, Smith and Mount Holyoke Colleges, and lines to UMass from Whately, South Deerfield, Sunderland, Holyoke and South Hadley. They also include express routes that connect Northampton, Holyoke, Springfield, and Chicopee, which many people rely on to get to work.

Cutting those routes would hamper students from reaching courses at other schools, diminishing the area’s educational richness. It would force more staff, professors, and professionals to drive, adding congestion on already crowded roads like Route 9.

PVTA routes are particularly important to lower income users, but can help anyone.

Meanwhile, taking a bicycle is still a trying and dangerous endeavor, despite our good fortune to have regional bike trails and despite some efforts to improve the situation for cyclists, such as the installation of speed bumps on Nonotuck Street where a cyclist was killed earlier this year.

Recently, unfriendly painted signs appeared on the corners of downtown sidewalks in Northampton. “Walk your bicycle,” they read. “No skateboards.”

In almost 10 years as a Northampton pedestrian, walking on downtown sidewalks almost daily, I’ve never had an unpleasant incident with a bicycle. In that time, I’ve also never once even seen a skateboard on the sidewalk.

Why did the city spend the time and money painting these signs on every corner when the bike lane on South Street, to give just one example, is so faded it can barely be seen?

Indeed, the only bicycle incident I’ve ever witnessed downtown had nothing to do with pedestrians, and the cyclist was biking on the road. That was the terrible loss of 18-year-old Harry Delmolino in 2012, when his bike, going straight, crashed into a sports car turning left onto Pleasant Street at its intersection with Main.

There are still no bike lanes on Main Street. There’s no infrastructure whatsoever to aid people who are biking there. Cars are angle-parked on most of the street, and reversing motorists struggle to see cyclists.

But now, of all things, there are signs informing cyclists they will be punished if they take the safer option of pedaling for a few minutes on the sidewalk.

As just an ordinary person who uses a bike sometimes, I know how it feels to try to get around when you bike much more slowly than cars and aren’t particularly practiced biking in traffic. I know that many road intersections can be petrifyingly complicated — like the one where Routes 9, 10, and 66 all intersect in front of Smith College.

It’s terrifying to try to navigate all those lanes of traffic, which I must do if I want to turn left toward the Forbes Library from home. Instead, I normally carefully roll up onto the wide sidewalk, giving pedestrians a wide berth and stopping my bike if needed.

Why not give cyclists some breathing room, and change those sidewalk signs to something like, “Pedestrians have right of way. Walk bikes when congested”? Or leave signs off, and fine people for bad behavior?

Or better still, adjust downtown’s infrastructure to include better bike lanes, so people are at less risk when they’re on the road, and a message is sent that cars aren’t the undisputed king?

And for that matter, instead of cutting bus service, why not give buses a dedicated lane so more people have an incentive to take the bus and increase ridership? Some cities close one lane during rush hour in the main direction of traffic except for busses and carpools, reopening it the rest of the time.

As a friend said to me, “You only have to drive on Route 9 at 9 a.m. or 5 p.m. to recognize it’s not rocket science to want more people to take the bus or bike and not drive.”

That’s what I find most disheartening about recent threats to sustainable transport, whether buses or bicycles. It’s the message sent: “If you’re not in a car, you’re not wanted here.”

Measures to protect the environment and the public good it represents are struggling against the Trump administration, which claims to believe climate change doesn’t even exist. The current administration is, basically, against public anything.

States and municipalities should be acting as a bulwark to protect our public life. In Massachusetts, we have a governor still committed to the battle against climate change. Here in our cities, our towns, our state, we shouldn’t allow our hard-won public infrastructure and attitudes to be whittled away.

One reason our region is such a great place to live is its strong public transport for an area of its size.

As a community, we should be embracing transportation that helps us avoid the car and share the road, not placing obstacles in its path.

Naila Moreira is a writer and poet who often focuses on science, nature and the environment. She teaches science writing at Smith College and is the writer in residence at Forbes Library in Northampton. She’s on Twitter @nailamoreira.