Stagestruck: Lives on the Line 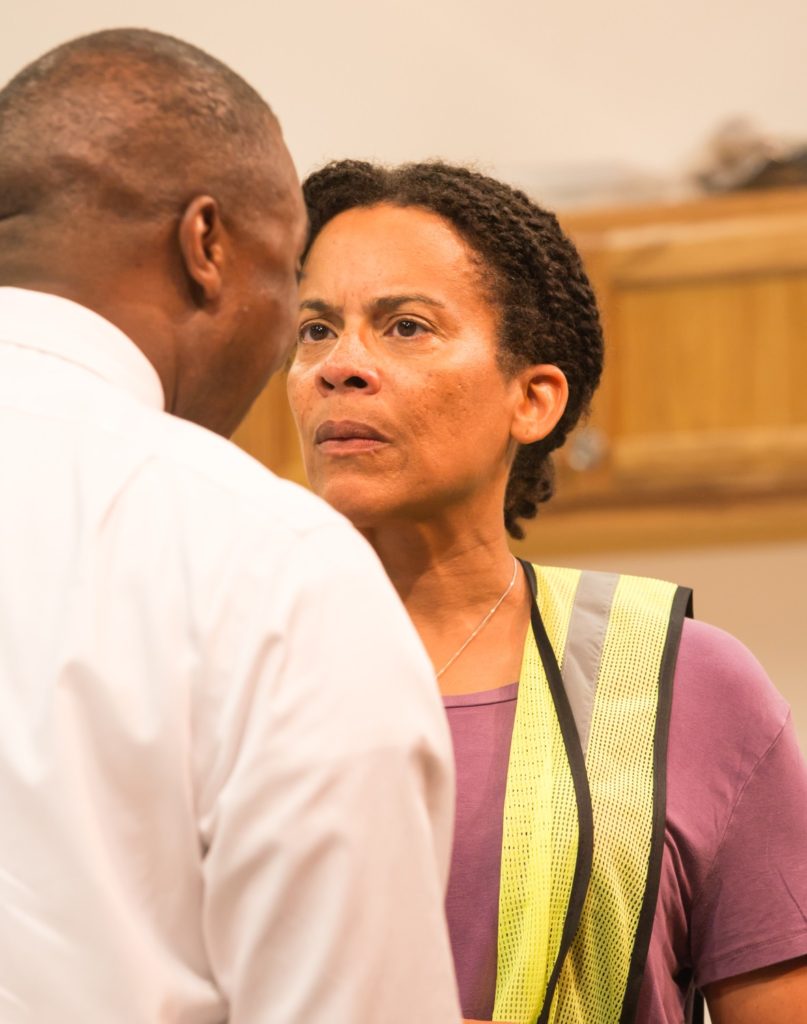 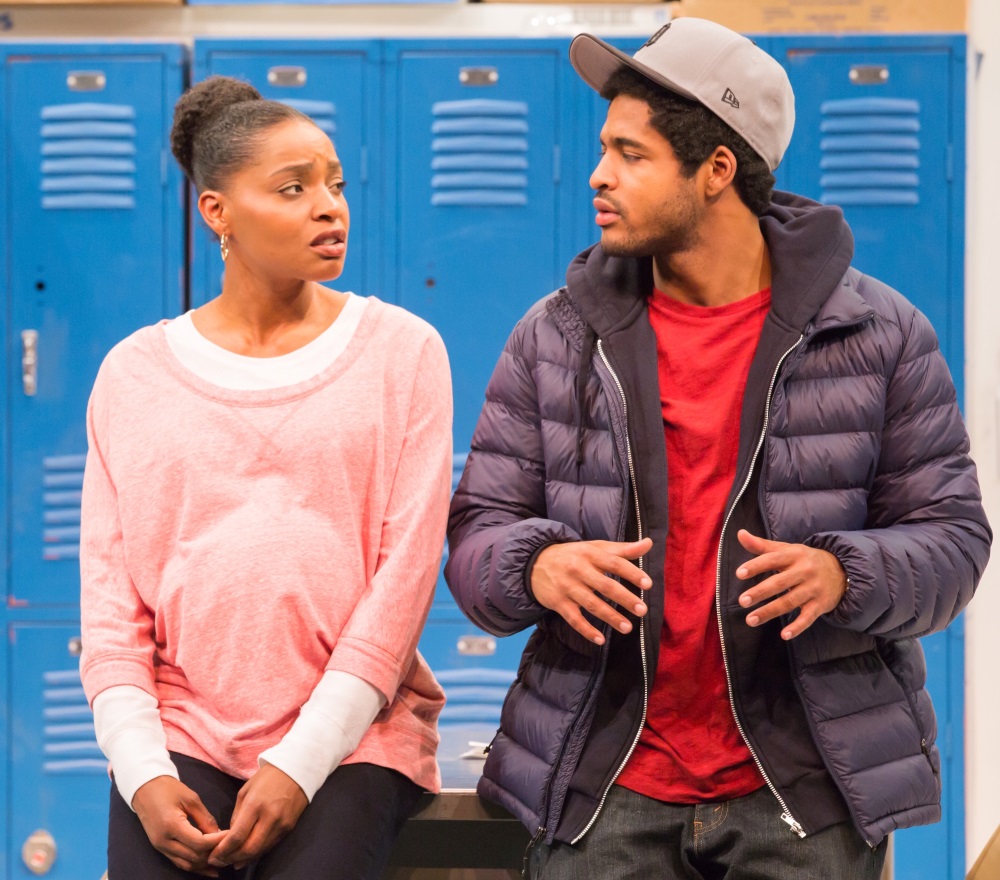 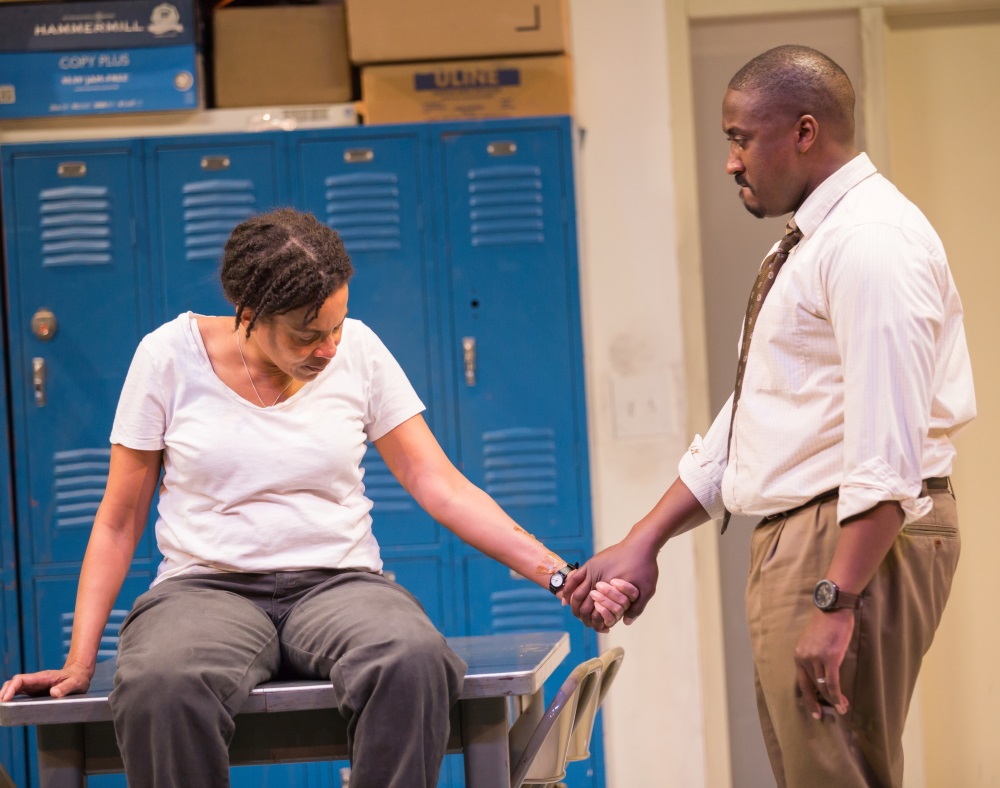 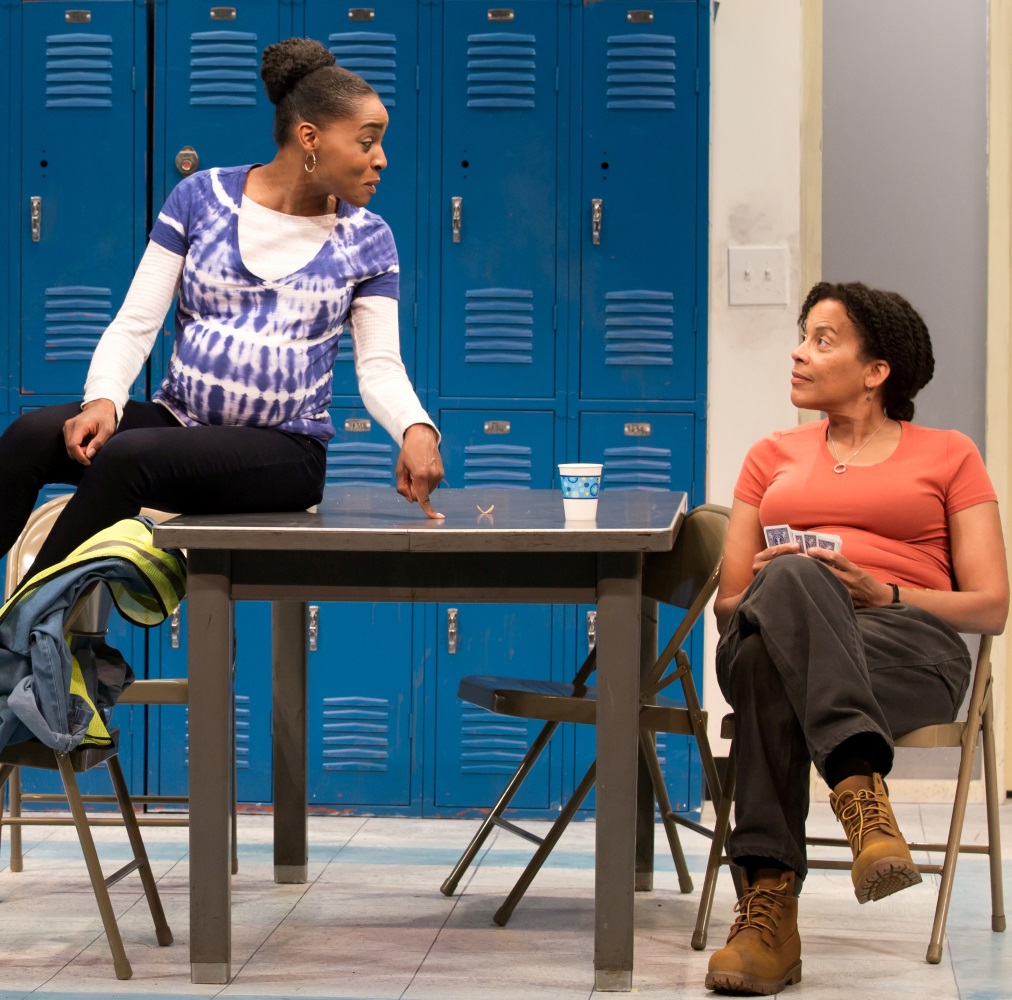 In her “Detroit Trilogy” of plays, Dominique Morisseau looks at black lives in that once-vibrant city through the lens of three distinct eras and groups of people.  Paradise Blue takes place in a 1949 jazz club in the city’s historic Black Bottom district, which is threatened by gentrification. Detroit ’67 is set in a “blind pig,” an unlicensed after-hours bar, during that summer’s deadly riots – which were triggered by a police raid on an illicit bar.

Skeleton Crew, having its New England premiere through July 23 at Chester Theatre Company, completes the cycle and brings it up to date, in the break room of an auto-assembly plant that’s on the verge of being shut down. Each of the plays captures a turning point in the city’s history and a moment of crisis for the African-American community. 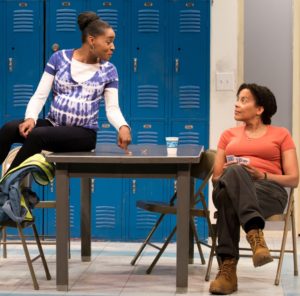 The comparisons to August Wilson’s epic ten-play Pittsburgh Cycle are easy but apt. (Morisseau also credits Springfield-born, Detroit-raised playwright/novelist Pearl Cleage as an influence.) Like these authors, her focus is on black life in itself, with few white characters and only glancing reference to the white world. The foreman in Skeleton Crew is black and so is his boss, and a drummer in Paradise Blue finds contentment in the club where “I can be a percussionist before being colored.” Morisseau’s dialogue is pitch perfect in the back-and-forth of banter and argument, but it can get a bit stilted in moments of reflection or self-assertion.

Her characters’ predicaments may be impacted, even dictated, by external racism, but their day-to-day connections and conflicts are among themselves, us-and-us, not us-and-them. In these sovereign spaces, the unguarded spontaneity of their interactions is largely free of the “double consciousness” W.E.B. Du Bois described, the state of “always looking at one’s self through the eyes of others.” And that’s something rare and wonderful to see on stage.

The four employees who gather in the break room of this doomed factory in the dying city represent three generations of auto workers. Even though the impending closure is kept secret, for now, the plant is already shedding workers. This foursome is in effect the “skeleton crew” staying on till the gates are finally locked. Under Awoye Timpo’s seamless direction, the quartet of performers work together like (forgive me) four perfectly synchronized pistons in a well-tuned engine. 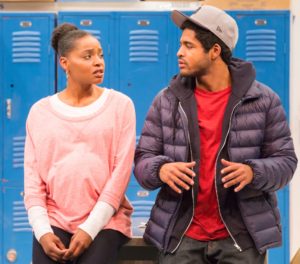 Dez, one of the two youngsters, is taking as much overtime as he can get, saving up to open his own repair shop. In Christian Henley’s winning performance, Dez is a roguish, cocky guy who nonetheless packs a .45 and whose twinkling eyes later give way to hollow terror at the prospect of being fired, or worse. But at first he’s the roguish Don Juan, flirting outrageously with single and pregnant Shanita, who flirts right back, even while brushing him off with threats to report him for sexual harassment. Margaret Odette’s hip and sassy Shanita is also an industrious worker who takes pride in her skilled job on “the line,” knowing she’s manufacturing something useful.

The veteran is Faye, the play’s most complex character and, in Ami Brabson, the show’s most compelling performance. She’s the shift’s union rep, spirited but grumpy, quick with a wisecrack (“If if was a spliff we’d all be high”), a matter-of-fact lesbian, and just shy of the 30 years’ service that would give her a tidy retirement package, if she and the plant can make it that far. She is also haunted by a series of losses, one of which gives us a glimpse into how precarious life has become for some members of what used to be the rising middle class. 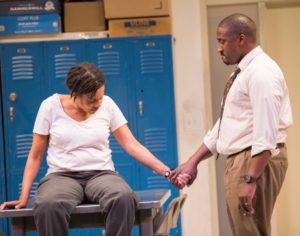 Reggie, the foreman, has known Faye since boyhood and is like a second son to her. She got him a job here and has watched him rise from the shop floor to wearing a tie and toting an official clipboard. Daniel Morgan Shelley’s peremptory pose is affecting, as it betrays the inner turmoil of the man’s divided loyalties, between his friends and roots on the one hand, and his superiors and paycheck on the other.

This is the second play in a row at Chester that’s written by a woman and with no white people onstage. (The first was Lauren Gunderson’s I and You.) This theater has long been the area’s premier home of small plays with big ideas. Now they’re reaching for a really big idea – the promise of true equity on the American stage.