The Pour Man: Columbard, The Grape I Never Knew I Loved 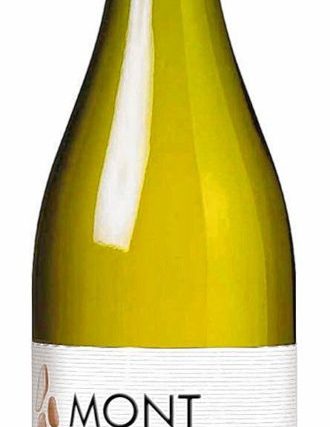 It also has the added enjoyment of being a wine of discovery, one from an unfamiliar region, made from a grape that gets little attention and that I know little about. Maybe for the wine experts, it’s old hat, but for me, it’s new and fun.

Mont Gravet is made from 100-percent Colombard grapes harvested from vineyards in the Gascony region near the city of Toulouse in southwest France.

Gascony fronts the Atlantic Ocean and is east and south of Bordeaux, along the border with Spain. The largely rural region has a rich history, according to the British website Simply Gastony.

It was conquered by the Romans in 50 BC, and all went pretty well for 400 years, until the warring hordes from the north arrived. The Visigoths, Franks and an occasional Viking raid kept things dicey for the next 500 years or so.

Gascony was part of the Duchy of Aquitaine in 1152 when Duchess Eleanor married King Henry II of England. That union made Gascony part of England, until 1453 when the Hundred Years War put a stop to it. Since the treaty, Gascony has been French.

Perhaps one of the most celebrated native sons was Charles Ogier de Batz de Castelmore, Comte d’Artagnan, who became the basis for Alexandre Dumas’ series of novels, including The Three Musketeers.

Mont Gravet’s name is a tribute to the terroir where the grapes are grown, the producer’s website says. The vineyards are in the foothills — called mont in French — of the Pyrenees mountains, and the clay and sandy soil is populated with oval-shaped rocks, called gravet.

Colombard is a white wine grape grown primarily in the Cotes de Gascogne region, a humid area where the climate is influenced by breezes from both the Atlantic and the Mediterranean.

Traditionally, the rich aromatic juice of Colombard is fermented and distilled to make Cognac and Armagnac or the liqueur Floc de Gascogne, an aperitif, Jancis Robinson says in The Oxford Companion to Wine.

During the 1970s the grape lost favor in France, but was broadly planted as French Colombard in California, where it was used to blend into sweet jug wines. In recent years, French winemakers discovered that Colombard could make a very good, dry wine by using temperature-controlled stainless steel tanks. The technique has been widely successful, Robinson says.

Mont Gravet is produced by Mel and Janie Masters, Brits who became U.S. citizens and who started Master Wines in the 1970s to sell little-known French wines in this country. About a decade later, they formed a partnership with Winesellers, Ltd., a Chicago-based importer owned and run by the Masters’ friend Yale Sager and his family.

The companies teamed up to produce Mont Gravet as well as a number of other good imported and domestic wines.

The grapes for Mont Gravet are harvested at night and quickly processed, the tasting notes say.

Juice from the grapes is left in contact with the skins for 24 hours at 43 degrees, and for 40 days, the wine is aged at 32 degrees. Before bottling, the wine is matured on its lees, yeast deposits, at 28 degrees. Wine freezes at 15 to 20 degrees, depending on the alcohol content. Mont Gravet is 11.75 percent.

The wine is a pale, bright yellow color and has flavors and aromas of citrus and stone fruits. It also has a subtle underlying mineral character, the winemaker’s notes say.

It’s a wine that reminds me of others made from grapes grown in southwestern France and northwestern Spain, such as Albarino and Picpoul, all of which seem particularly well-suited to enjoy with fish and seafood or as a light drink with appetizers.

We had Mont Gravet with grilled shrimp and asparagus, and it was a natural match.

Mont Gravet is widely available throughout New England, but if you can’t find it, ask your wine merchant to order it. It’s a great value at $10.99, but I frequently find it on sale for $8.99. That makes it an excellent wine for the money, and it’s also an exciting new wine for me. Check it out.