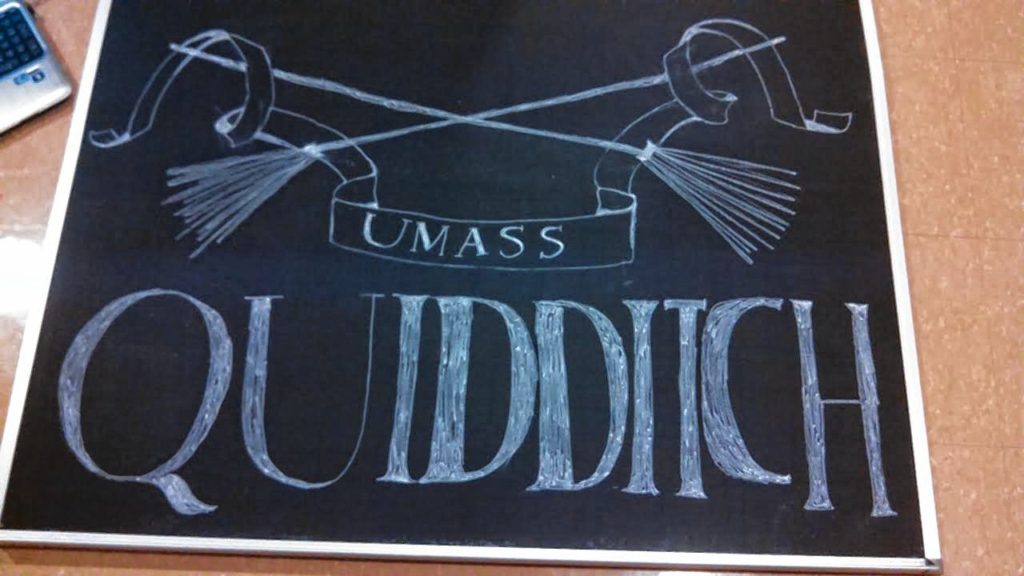 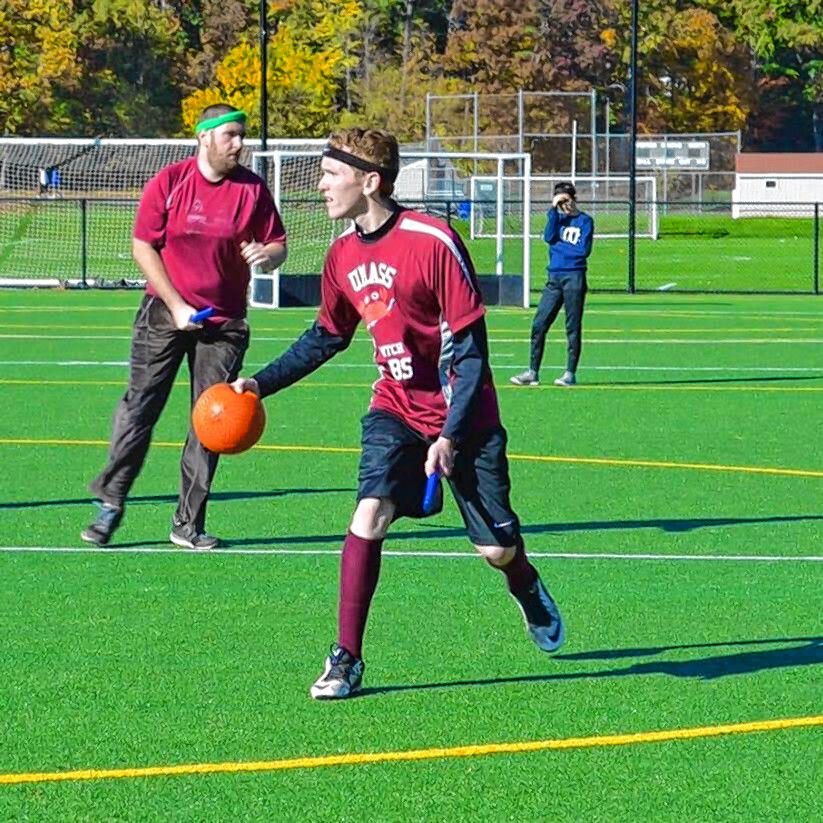 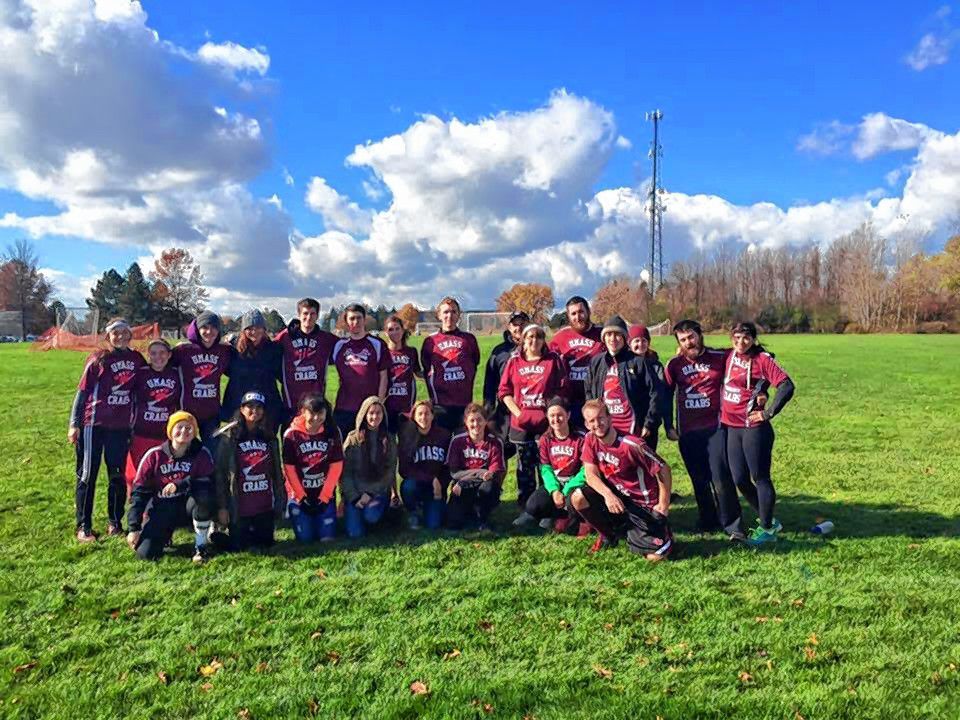 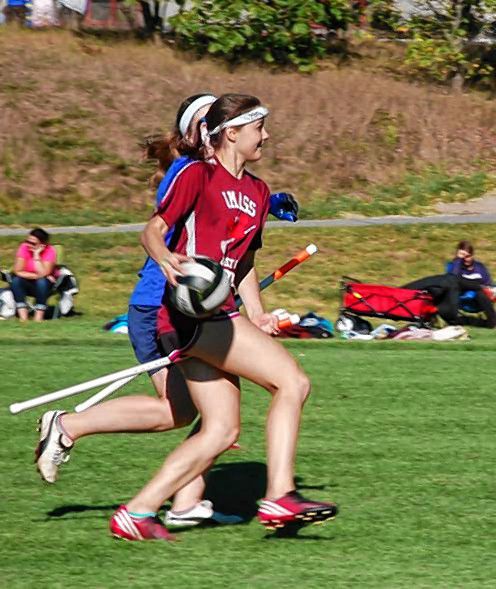 The Harry Potter books and films have inspired many real world spillovers, including real-life wizarding schools and online quizzes that determine your magical house. But among the more surprisingly widespread are the leagues that have sprouted up to play the magical sport quidditch, which takes elements of handball, lacrosse, rugby, and dodgeball and brews them together with magical maneuvers on a flying broomstick.

The University of Massachusetts Amherst, Smith College, Westfield State University, and others all have teams. 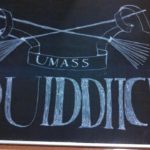 But one problem has arisen with the young (to the non-magical world) sport — some teams have been struggling with recruitment in recent years. A member of the UMass team, incoming junior Annierose Klingbeil, believes this is due to Harry Potter’s dwindling popularity.

For her, quidditch brings people together from different walks of life.

“It is a serious sport, especially when you get to the more competitive tournaments,” she said. “It is unique because it attracts a lot of different types of people. You have the people who grew up loving Harry Potter, who want to be on a quidditch team because they love Harry Potter. And then you also have the sports people who want to play for the sport.”

But she and others hope to turn a new generation onto the sport. 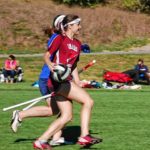 Klingbeil and others on the UMass quidditch team will be running a summer programming event for children from ages 6 to 14 from August 21 to 25 at the UMass’ Boyden Fields from 9 a.m. to 3 p.m. It’ll be a sports camp based around learning the game of quidditch that concludes with a day-long tournament on the final day of the camp.

Matthew McCudden, a 21-year-old incoming senior at UMass Amherst, said he did not join because of an interest in Harry Potter. He became interested in the sport because of its athleticism. He’s been playing quidditch for three years and was introduced to the sport by a friend.

“At first I kind of laughed it off. ‘No, it’s ridiculous. It’s just going to be a bunch of unathletic nerds running around with a broom between their legs.’ But [my friend] was persistent and I figured I’d give it a try my sophomore year and fell in love with the game. I found it to be fast paced. It was physical. It was a lot of fun to play. There’s such a great social aspect to it and I had so much fun hanging out with the team on a whole,” he said.

There are big differences between how quidditch is played in the books as opposed to how the game is played as a real sport, McCudden said. The balls are the same — the quaffle for scoring, the bludgers for hitting players and taking them out of play temporarily, and the golden snitch as a ball to capture that ends the game. However, players don’t play with wooden broomsticks — too many splinters! Instead they use three-quarter inch plastic piping as prop brooms.

“You line up with your teammates right in front of your hoops and all the balls are placed on the centerline of the field,” he explained. “And so then, the referee will yell, ‘Brooms up’ and that’s when everybody runs toward the middle.”

There are three chasers who score goals worth 10 points each with the quaffle — a volleyball. Players can advance down the field 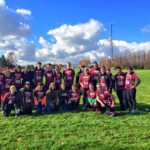 by running with it, passing the quaffle to a teammate, or kicking it. Each team has a keeper who defends three hoops, one small, one medium, and one tall. Two beaters use dodgeballs — aka bludgers — to disrupt the game by knocking out other players. Any player hit by a bludger is out of play until they touch their own goals. Each team has a seeker who attempts to catch the snitch runner. The snitch is worth 30 points and capturing it ends the game, according to the rules of the game posted online by usquidditch.org.

McCudden, a beater on the team, said the snitch is typically released 18 minutes into the game.

Klingbeil, a chaser, and one of the UMass quidditch team’s three captains, said UMass’ quidditch team belongs to the Northeast division of quidditch, which is played nationally and internationally. There are about 40 teams that compete against one another in the Northeast.

She said her team belongs to the Southern New England Quidditch Conference and through that organization they compete regularly against 10 teams and typically play four to five games each semester.

“Three teams come to each game and you play each team twice,” Klingbeil said.

Each game typically lasts about 30 to 45 minutes and there can be anywhere from 15 to 30 people on a team. 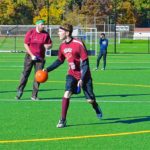 To register for the summer program visit: http://www.tinyurl.com/umass-quid.