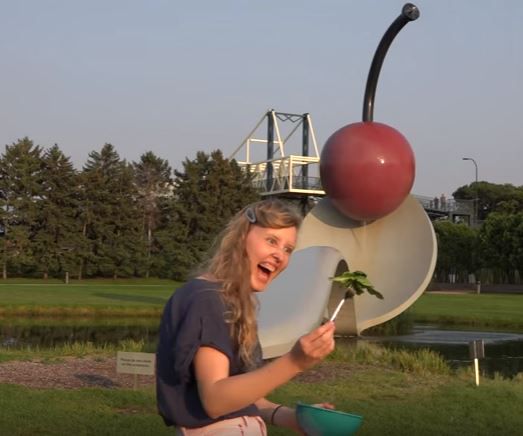 When Queen released their music video for “Bohemian Rhapsody” back in the ‘70s, it’s doubtful they thought the medium would ever become as quintessential as it has today. In this millennium of viral content and streaming video, music videos have become an artist’s best tool when packaging a song. Though these shorts used to mostly depict artists’ performances, music and video have since coalesced into one discrete, enchanting medium.

Music videos now focus less on traditional shots of artists singing/playing along to their own music, instead allowing the music to tell its own story atop video. These short films run the gamut of animation, live-action narratives, and experimental performance art. From gimmicky to gorgeous, music videos can tell you a story, show you artwork, or just play you a song. They’re also all streamable sans subscriptions, thanks to sites like Vimeo and YouTube.

In case you couldn’t tell, this is easily one of my favorite film genres, so I’ve been wanting to write it up for a while. Summer presents the perfect opportunity to share some of the most intoxicating, upbeat songs and videos I could dig up, so here goes nothing! Pop in some earbuds and prepare to get sucked into a few of my favorite little worlds — because who needs a soundtrack when you could have a videotrack?

Sometimes your music video needs an elaborate concept, complete with script and storyboards, and sometimes the entire concept for your music video is “woman laughs while eating salad.” Such is the case for “Shame,” by indie-rock trio Bad Bad Hats, as they pay homage to one of the Internet’s favorite inside jokes: the alarming number of hysterical, veggie-loving women on stock photo sites. The video follows BBH lead Kerry Alexander through various parts of Minneapolis while she poses, simpering, with a bowl of greens. It has absolutely nothing to do with the song. It’s fantastic.

When she’s not churning out lesbian anthems like 2015’s “Girls Like Girls” or “Sleepover,” former Disney kid Kiyoko hardly chills out. Instead, she conceptualizes, directs, and performs in her own stunning music videos. “One Bad Night” takes a left turn from its musical narrative about car sex and instead follows the much-abused Donald (Kelvin Harrison Jr.) and Amber (Erin Armstrong) through a fateful meeting. The exceptional acting in this video proves how narrative storytelling can take on new shapes beneath songs — especially songs like this one, which won’t leave your brain for days.

If you thought mid-aughts Lady Gaga made outlandish music videos, Mykki Blanco’s work will shatter your world. “Loner,” a haunting song in its own right, takes a meta dive into issues of technology and connection as Blanco raps through the conundrum of finding love online. Its accompanying video, which opens with an apt epilepsy warning, takes place at the intersection of grotesque and genius. VR headset-clad backup actors masturbate robotically as Blanco, clad in some incredible outfits, pleads for their love. Whether weird is your thing or not, this will definitely be the most interesting music video you’ve watched in years.

If, like me, you’ve been waiting around for a musical homage to the John Hughes heyday of teen romance films, Shura heard our prayers. The music video for her catchy single “What’s It Gonna Be?” follows the singer and her twin brother, Nick, as they scheme to make their crushes fall in love with them. This infectious video leads viewers on a romp through the world’s most aesthetically pleasing high school, and ends with a twist that will have you hitting replay.

These four favorites should give you an idea of just how much potential the music video has, but if you need more convincing, feel free to conduct some solo research. After all, you haven’t lived until you’ve wasted several hours clicking from music video to music video on YouTube.