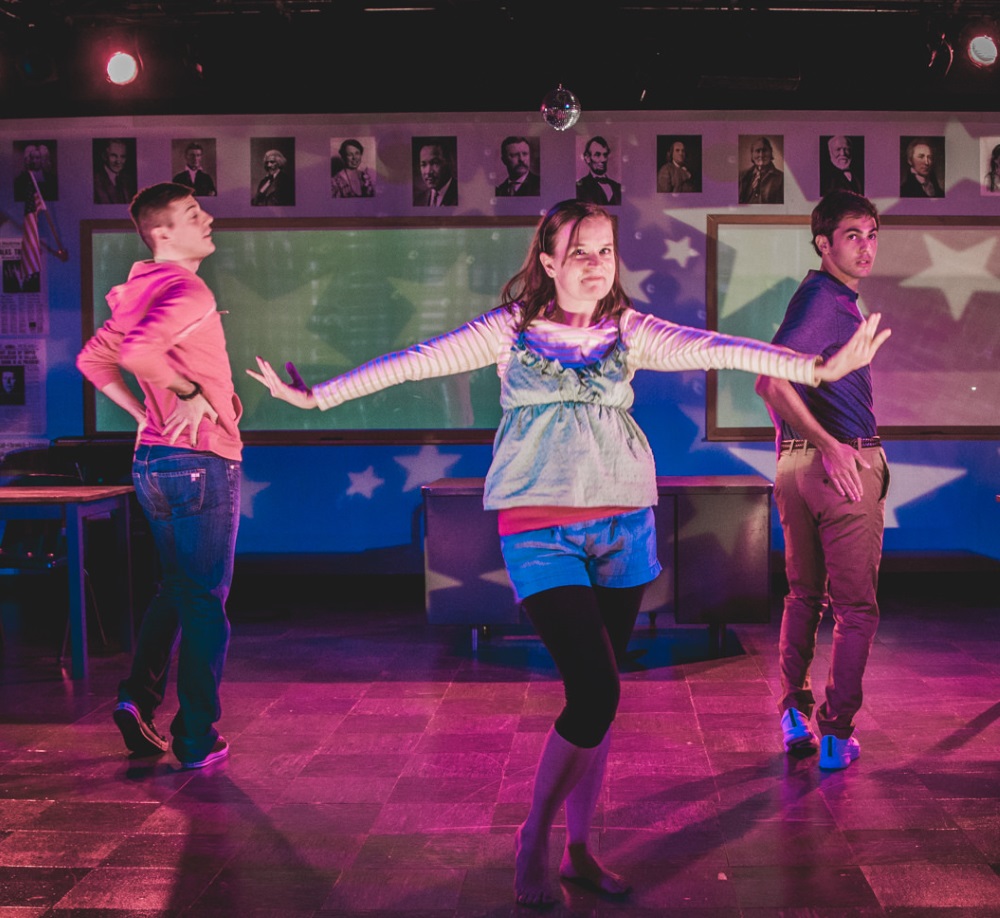 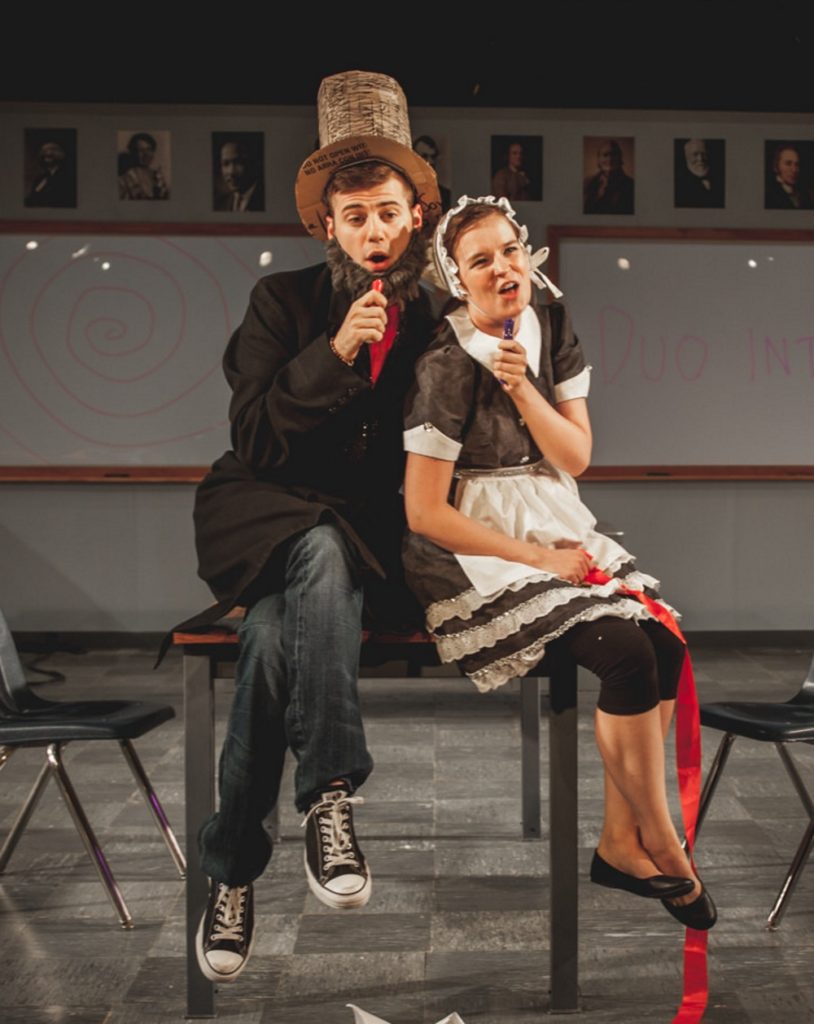 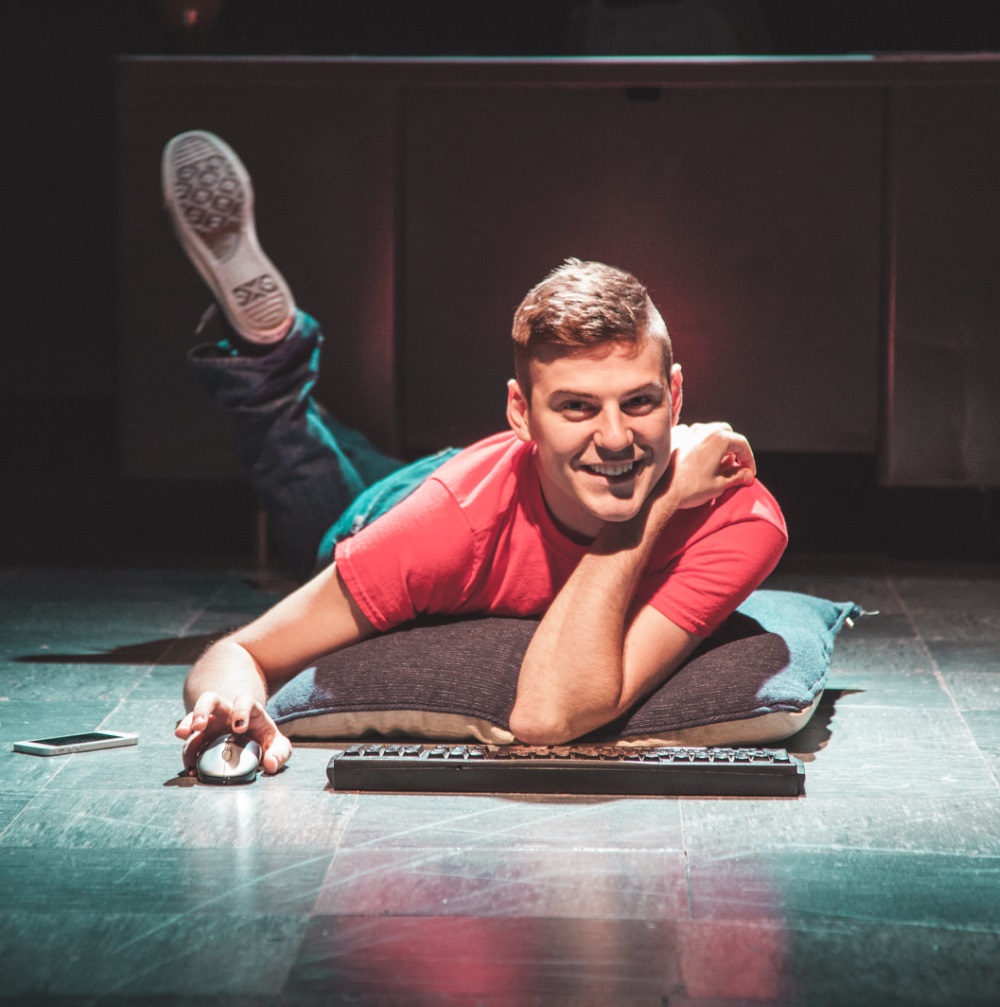 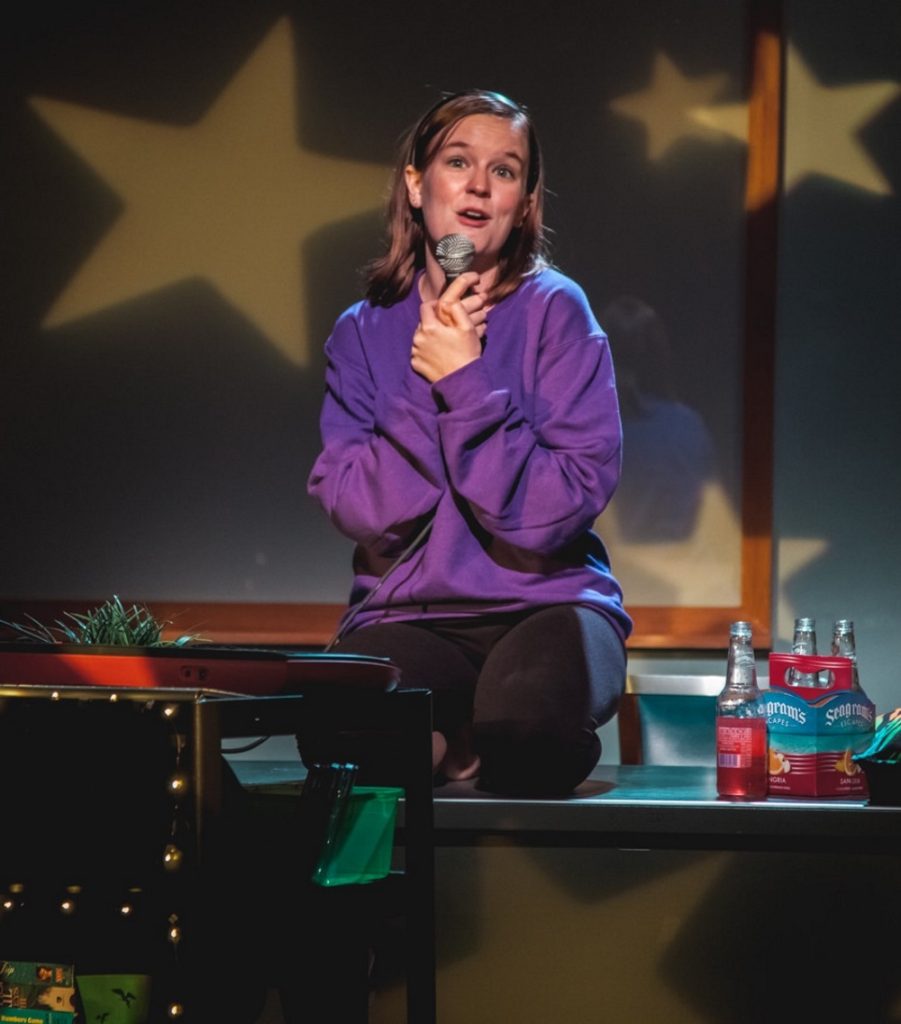 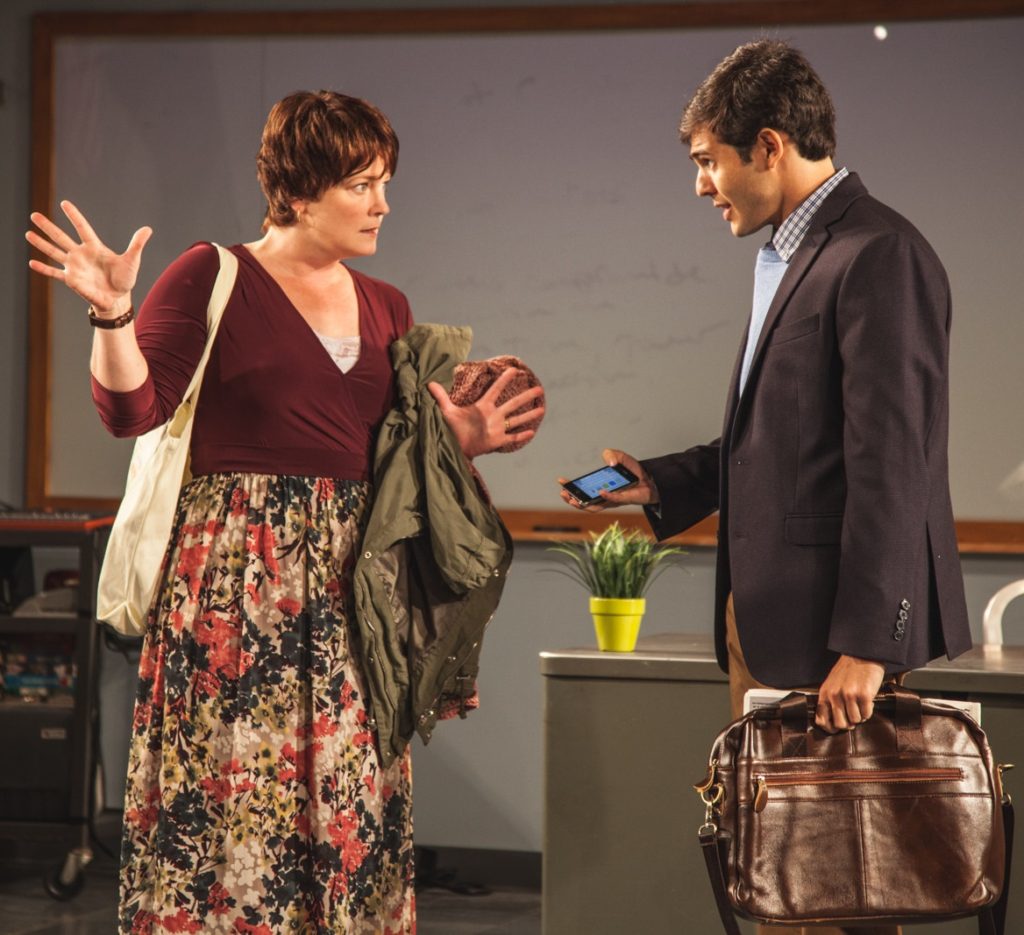 Reid Thompson’s setting for Speech & Debate, now receiving a near-perfect production at Barrington Stage Company, is a high school classroom. Maps and historical posters line the walls and headshots of famous Americans form a frieze above a pair of whiteboards – which become screens for Alex Basco Koch’s witty between-scenes animated projections. Lighting by Burke Brown also divides the room into discrete areas representing the bedrooms of the play’s teenage protagonists.

Speech & Debate follows three high school misfits who find their niche, and their power, in the school’s uncoolest club. The show lives in the realm of contemporary cyberculture. Its characters blog, text, IM and troll for dates, using their phones and computers to communicate because each of them is isolated and friendless.

Staged with headlong energy by Jessica Holt, the play is about being young and gay, about identity and morality and risk, about longing for recognition and acceptance, and about as many laughs as you could wish for in a play that’s essentially quite serious.

Howie is an out gay, the new kid in in Salem, Oregon, the red-ish capital of that blue state. Diwata, whose audition for the school play included a sort-of striptease, wonders why she didn’t get cast. While Howie is comfortable in his own skin and in himself, Solomon is neither. He hides his discomfort (and a closely held secret) by adopting the role of investigative journalist out to expose the sexual hypocrisy of right-wing politicians – and of one of his school’s teachers, who comes on to Howie in a gay chatroom. (The script has been updated to include the latest candidates, including “Mike Pence.” “What, is he gay?” “Not yet.”) 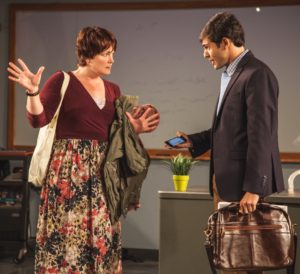 Stephen Karam is a Gen Y playwright with a keen eye and pitch-perfect ear for 21st-century adolescence. (He’s also the author of The Humans, last year’s best-play Tony winner.) At the outset, we see Howie flirting online with an anonymous “BiGuy,” Solomon unsuccessfully pitching a controversial report topic to his teacher, and Diwata broadcasting a rambling live webcast from her room. The three teens eventually come together, uneasily, in real space, each with a different reason for agreeing to join the school’s otherwise vacant Speech and Debate club. 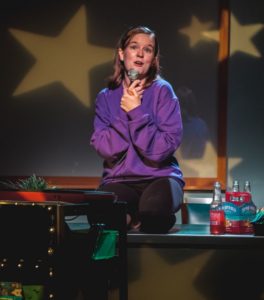 Karam’s script captures the rhythms of teenagers’ speech, their outsize passions and their hormonal vitality, and the three young actors vividly reflect all of it. Betsy Hogg is Diwata, a dynamo of ambition and nervous energy – strange, annoying, and in Hogg’s performance utterly captivating. Diwata has an outsize opinion of her talent, zero reticence, no friends and a unique aesthetic: She’s writing a musical version of The Crucible which somehow features a young, gay Abe Lincoln and stars herself as the sexy dissembler Mary Warren (a role that, coincidentally, Hogg played at Barrington Stage in 2010).

Austin Davidson’s Howie is wry and knowing, flaunting his sexuality while keeping a wary edge. Ben Getz is Solomon, a clean-cut straight arrow who’s not so sure about the straight part, and zealous to the point of obsession. Getz’s performance is effectively intense, but I’m afraid I saw the actor in it more than the character. Edelen McWilliams efficiently doubles as Solomon’s exasperated teacher and a self-promoting NPR stringer, and there’s an audio cameo by a familiar voice: Alan Chartock of Albany’s WAMC.