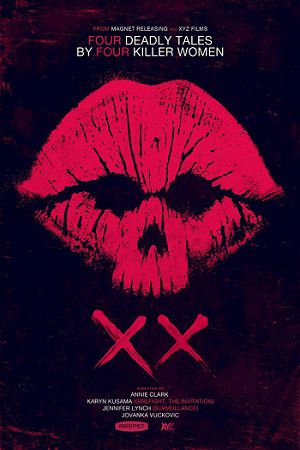 Though digital media has forever changed the face of filmmaking, there’s still one key way independent filmmakers can premiere their work: by entering it into the festival circuit.

Each year many films, spanning all lengths and genres, debut to those lucky minority able to attend the most established festivals. Independent film festivals offer the world’s first look at the year’s best films. Moonlight first screened at the Telluride Film Festival, and La La Land debuted at the one in Venice. Barry Jenkins was able to create Moonlight and send it to Telluride because of the success of his first feature, Medicine for Melancholy, which premiered at South by Southwest. Likewise, Damien Chazelle brought his first film, Guy and Madeline on a Park Bench, to Tribeca years before his successes with Whiplash and La La Land.

While the ethos of festivals — supporting and showcasing independent work — is wonderful, these events can be hard for your average citizen to attend. Fortunately, more and more streaming sites are acquiring popular festival names, and most shorts creators are sharing their work online. That means that it’s becoming easier than ever to see groundbreaking new films on the small screen.

The following selections all debuted earlier this year. They come from three of the world’s most high-profile film festivals: Sundance, Cannes, and South by Southwest. Check out these films to see what’s been inspiring some of the industry’s modern pioneers.

This Sundance release collects four short horror films into one gripping anthology. Broken up by Sofia Carrillo’s incredible stop-motion animation, these shorts are all written and directed by women, about female protagonists. Horror veteran Karyn Kusama (Jennifer’s Body, The Invitation) joins newcomers like musician Annie Clark (aka: St. Vincent) and award-winning short director Jovanka Vuckovic to tell stories that will leave you spellbound.

Okja stirred up trouble at Cannes when the festival threatened to blacklist Netflix for dodging their theatrical screening guidelines. Still, the film deservedly competed for the Palme d’Or this spring. This wacky animal rights adventure by Snowpiercer director Bong Joon-ho follows Mija (Ahn Seo-hyun) as she tries to save her best friend, a genetically engineered “super pig,” from a corporation. Rife with tonal oddities, breathtaking visual effects, and some truly bonkers performances by Tilda Swinton and Jake Gyllenhaal, Okja will stick with you. It might even make you a vegan.

The New York Times distributed this short as one of their “op-docs,” and it was selected to debut at SXSW 2017. This formally unique film paints a portrait of Jordan E. Kamnitzer, a middle-aged man with Asperger syndrome. Through creative editing, Perfectly Normal immerses us in Kamnitzer’s world as he explains how his disability affects and enhances his day-to-day. Alongside his loving girlfriend, Toni, Jordan graciously shares his life, his passion, and his take on the difference between a “disabled person” and a “person with disabilities.” This thought-provoking film is an excellent example of humane, non-voyeuristic documentary work about disability — a dishearteningly rare phenomenon.

This entrant in the SXSW “Texas High School Shorts” competition is a breathtakingly weird experimental take on teenage girlhood. Seeking to rend “the fabric of identity,” One watches an unknown girl break down a nondescript room littered with possessions (and one unsettling taxidermy deer head). This amateur production makes up for its lack of flash with quirk, passion, and just the right amount of fake blood. One is proof that student film competitions make festivals like SXSW vital to the development of the artform.

As the year unfolds and award nominations are announced, more and more 2017 festival debuts are sure to come online. Until then, have a look at these diverse and intriguing grassroots projects. They might even inspire you to start your own.